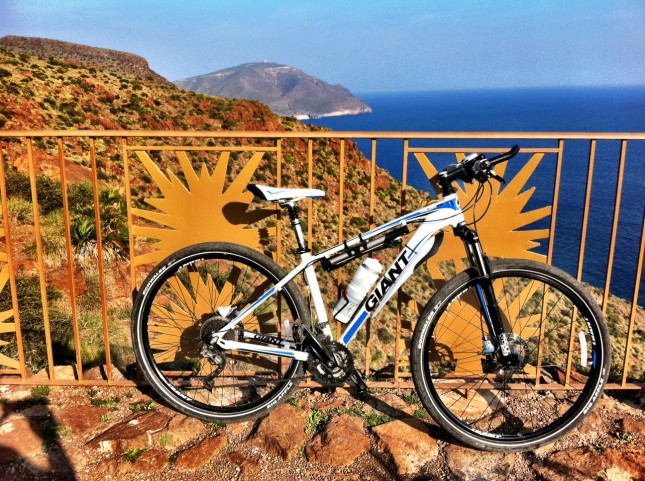 Giant Talon 29er, taking a rest after an enjoyable ride in the Cabo de Gata

Well, it’s been a fantastic day, not great on miles (18) but some stunning scenery. As I returned from Rodalquilar by road I found a lovely lookout point to take little rest and enjoy the coastline.

A funny thing – the railings were covered in padlocks, there must be getting on for a hundred of them, and all inscribed with couples names or initials and declarations of love and often dated. Some have been overpainted where the railings have been repainted so hard to tell how long the custom has been going on for. Something that I’ve not seen before, but interesting. I wonder if the people return to see if their momentos have remained, and to perhaps reaffirm their love. 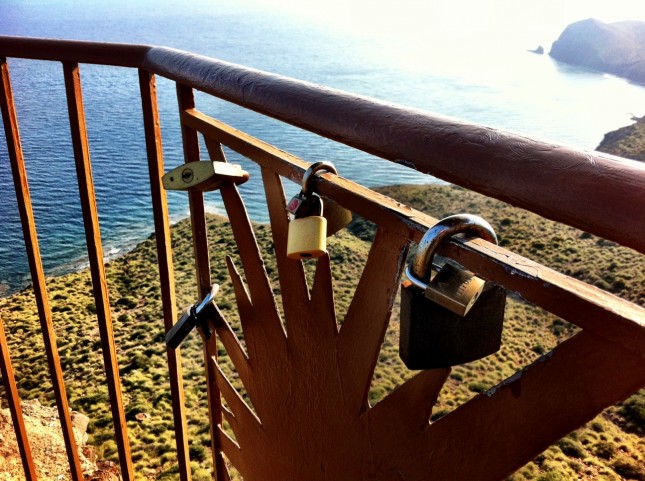 Love Locks attached to the railings of the Mirador

Update: I’ve since looked into the padlocks, and this is a common practice around the world – just one that I had not come across. Padlocks on fences, gate, bridge or other public structures are known as ‘Love Padlocks’ or ‘Love Locks’. Further reading suggests is a phenomenon from the last decade or so, but that there is some history in Serbia dating back to pre-World War I.

On a fountain in Montevideo in Uruguay, a plaque is affixed to the front of the fountain that provides an explanation in both English and Spanish. The English version of the text reads, “The legend of this young fountain tells us that if a lock with the initials of two people in love is placed in it, they will return together to the fountain and their love will be forever locked.” – Wikipedia