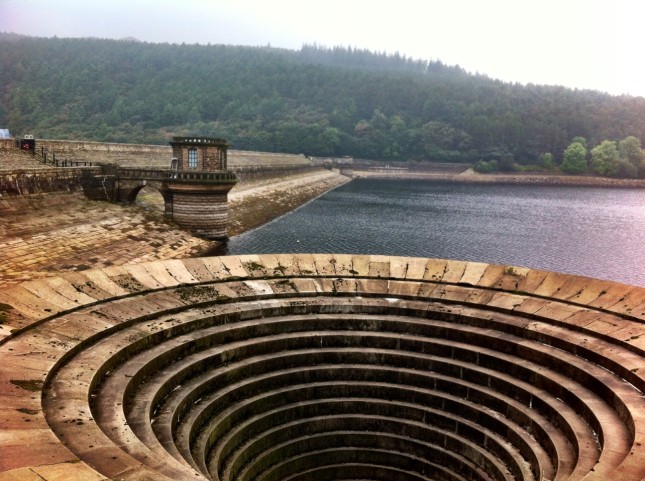 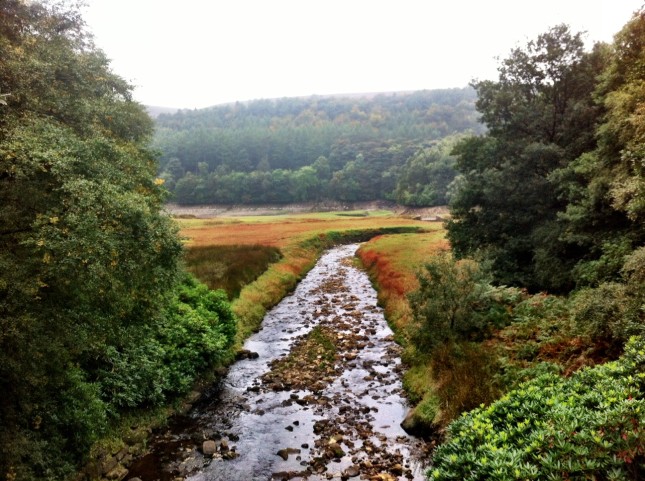 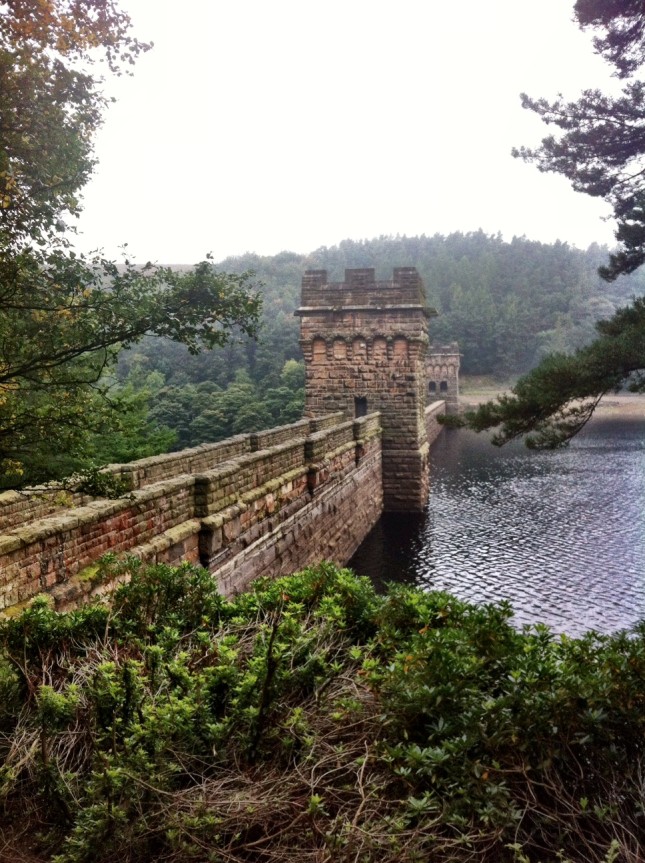 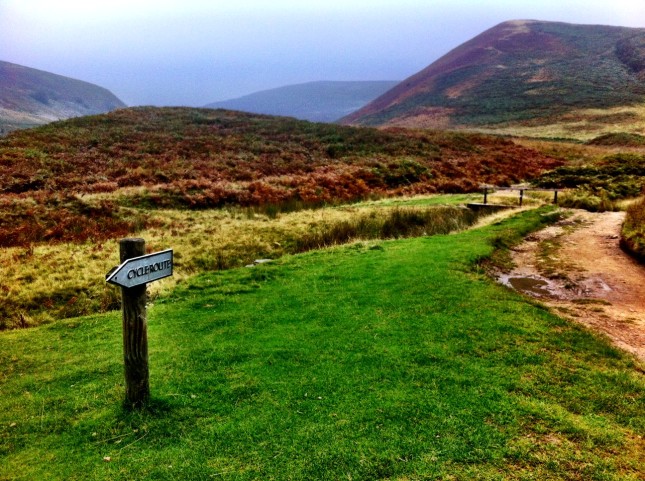 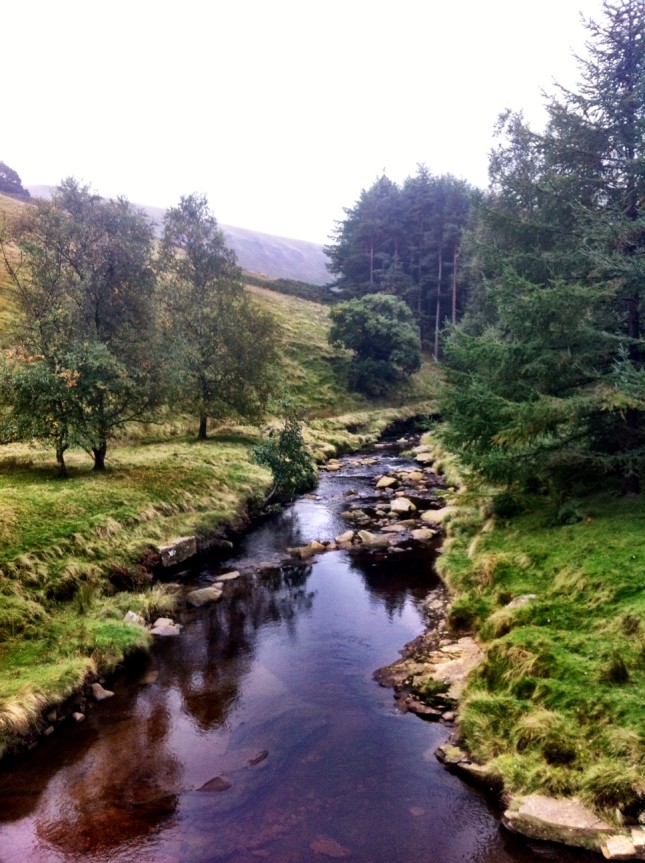 A day out on the bikes, and despite the threat and even sight of rain nearby, we stayed dry. Starting from the campsite we had some lanes marked as NCR 6 into Thornhill and turn across the Yorkshire Bridge into the eastern bank of the reservoir. Once at Ashopton you turn onto bridle way, but it’s really a well groomed forest track and a pleasure to ride. We stopped for tea and cake at Fairholmes where there were plenty of other cyclists and walkers taking a break, and a lot of greedy ducks after any crumbs.

Once passing the Derwent Dam, the surroundings take on a very Scottish feel thanks the the high moorland and pine forests. On reaching the northerly end of Howden Reservoir you could imagine you’ve reached the end of the known world, except for the ‘cycle path’ sign pointing you back along the western flank of the reservoirs.

The return was on sealed roads so somewhat quicker, helped also by the slight decline as you returned down the flight of reservoirs. We decided to skip the western spur of Ladybower as the light was starting to fade, but with 23 miles under the belt, we were quite satisfied.