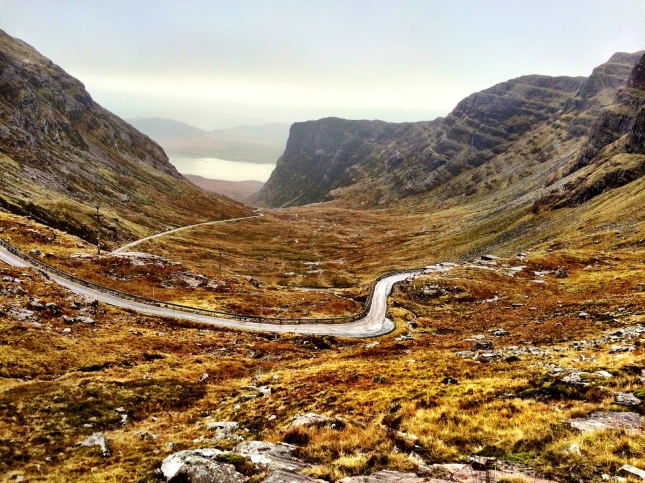 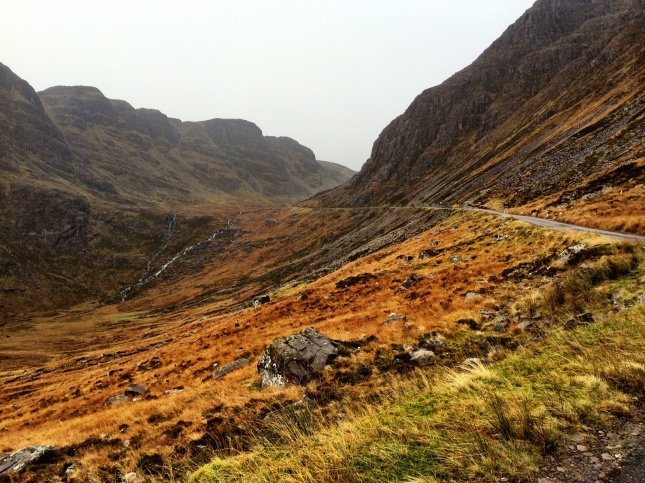 Sunday was spent in the pub. The delightful Applecross Inn. We’d taken the slow road around then northern side of the peninsula, arrived during a shower and decided that we’d walk later if it blew over, whilst using an early lunch. In the end, we got talking to a Dutch couple with very similar interests, listened to some nice, love folk music, the afternoon slipped into evening, and the pints ensured that the legs were only good for getting back to the van.

Even the landlady said it wouldn’t be the same again by the time we left!

Monday we took the pass over what is reputedly Britain’s highest pass. We had heard its legend from friends before we came, and assumed it overhyped, but it certainly tested both the clutch and brakes on the motorhome. As well as steep, it’s pretty narrow for a big vehicle. Fortunately not much coming the other way on a wet Monday.