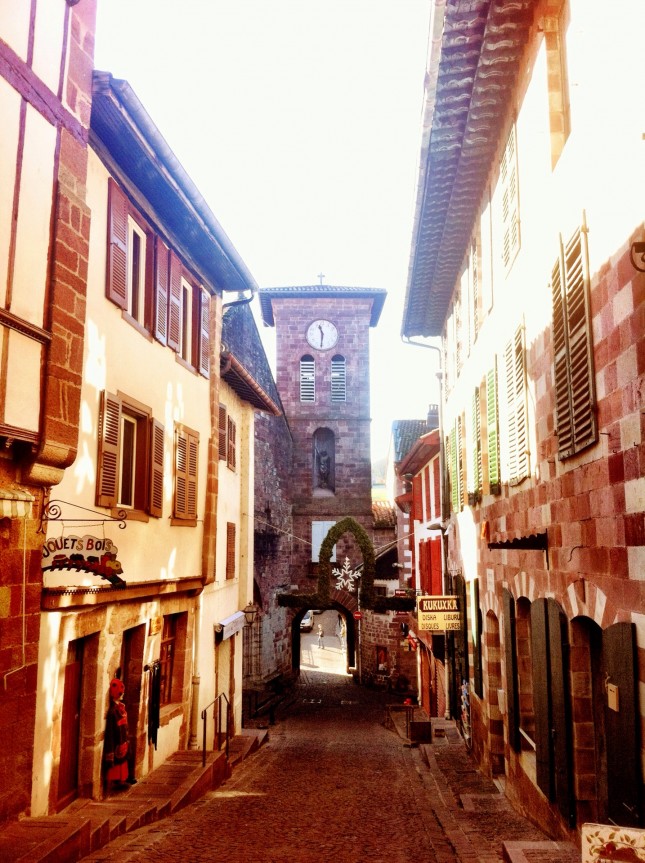 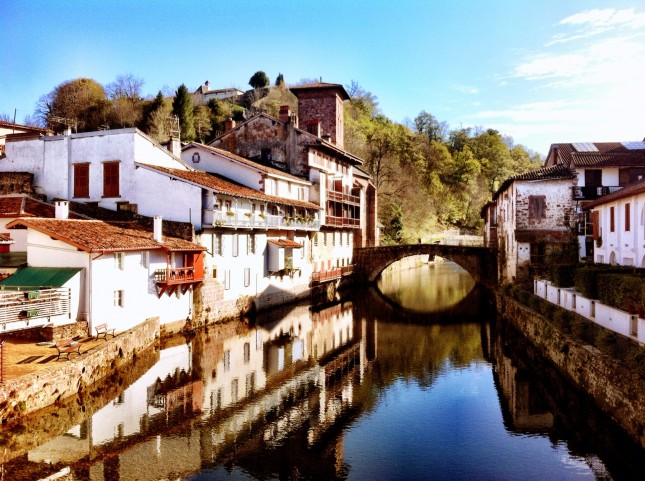 St-Jean-Pied-de-Port was actually a pretty nice looking place. A castle the top of the hill (now more of a grand house), and several narrow, winding streets with old, overhanging buildings, many dated from the 16th-18th century. I’m sure the foundation of the town is much old, into medieval times. A bit of a flying visit, but we wanted to get into them thar hills!

We ended up choosing the ‘shortest’ rather than ‘fastest’ route on the satnav, which was a mistake as we soon found ourselves on a road too steep and narrow for comfort in the motorhome. One word of warning – its not just the getting up a hill you need to think about. With a larger, heavier vehicle you need to consider the brakes on the descent. It’s only too easy to end up boiling the brake fluid and then ending up with now brake pressure. So we took the safer option and turned around and took the longer, and now slower route.

This meant we got to the campsite for the night at about 4pm, too late to do anything useful, other than catch up on some work. Tomorrow we hope to drive into the mountains to a lake, what looks like the base of a ski resort. Mel will do some sculpting, and I’m going to see if I can ride up a mountain track to the summit of Pic de la Sagette, about 1000 metres of climb. We are not far from the Col d’Aubisque, one of the famous Tour de France climbs, but I’m choosing to do something somewhat harder. Off road, and the same ascent in about one third of the distance of the famed road climb. Let’s see if I can make it!