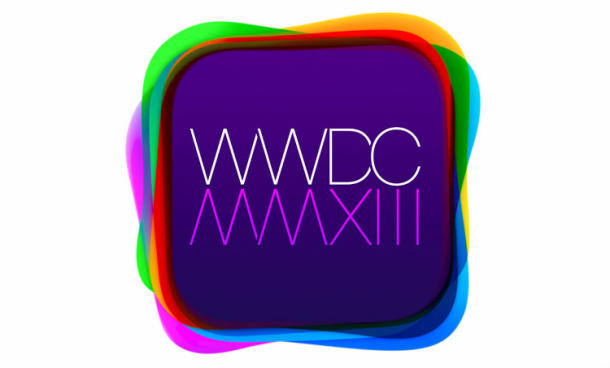 Well its that time of the year again, you can’t be an Apple fan and run a blog without the obligatory predictions of what Apple will announce at its Worldwide Developer Conference, they keynote for which will start at 6pm BST.

With Apple aiming to tighten up on pre-keynote leaks, there isn’t a great deal of concrete information for people to make bets on – practically nothing in terms of leaked parts for new hardware for example. It’s unlikely that we will see iPhone/iPad enhancements, other than perhaps minor bumps, as the iOS hardware is now more likely to be refreshed later in the year to coincide with the peak Christmas buying season.

WWDC is all about the ecosystem, for both iOS and OS X. There will be announcements about new technologies and API’s available to developers that will target new hardware coming 1-3 month later – giving developers a chance to tweak their offerings to take advantage of any new features or changes to old features that might break.

There is a chance that with Jony Ive now responsible for both hardware and software look and feel, there is much expectation that iOS 7 specifically will take on a new look and feel that’s more aligned with Ive’s minimalistic aesthetic, distancing the operating system from the more skeuomorphic flourishes of earlier releases. Everyone is talking about ‘flatter’, but I think this is a bit of red herring. Microsoft’s Metro/Windows 8 UI is king of flatness at the moment, and whilst flat might be trendy, I don’t think Apple will want to align itself with Redmond. It’ll have its own take. I suspect that linen, baise and wood will disappear from some apps, replaced with subtle gradients. I don’t see a major overhaul here in iOS 7 – Ive’s been responsible for this for only half a year, and that’s not enough time to make changes that would potentially affect every app that uses canned UI effects and the many tweaks and workarounds that iOS developers have devised over the last few years to make their apps look distinctive. No doubt much of this work has been on going for some time, and Ive will perhaps just be the one to push it into the public sphere. Which also begs the question ‘will Jony take the stage for a keynote?’ That would be a first.

OS X will have new features too, and I’m sure we can expect to see further iOS-ification of the desktop, with common developer API’s and user features such as Siri and Maps. Expect to see some major improvements to maps – Apple have been quiet on this for a year since the poor introduction of Apple Maps last year. If they fail to mention it, expect it to be sidelined before too long as a failure, but I don’t see that.

So that just leaves new hardware. There is a general expectation for upgrades to the Macbook line, probably more emphasis on Retina displays across the board, maybe even on the Air models. We might even see a return of the 17″ Macbook Pro’s with Retina displays. But there is a good chance that we’ll see the next incarnation of the Mac Pro top-end desktop. No longer available in Europe because the old case design falls foul of regulations, I don’t see Apple going for a big-box solution. If the WWDC logo is anything to go by as a hint, we could be looking at a stackable system, design wise akin to the Mac Mini’s, but with thunderbolt or even optical interfaces between CPU, Graphics and Storage modules, so that you can build and customise your own top-end desktop solution. It ain’t gonna be cheap, but it is going to be very Apple. It might not even be available until later in the year, perhaps to give third-party peripheral makers a chance to tool up for compatible components so that Apple can keep its stock lines focused. There isn’t much mass appeal for such high-end systems these days, but they are key to keeping the developer audience happy, and for those where money is no object.

As for ‘disruptive’ new devices – I’m not putting money on a watch, wearable or TV based new product, but there may be new cloud based services. I’m not sure this is the year for something big, even though the critics will be hounding Apple if there isn’t a big new product.