I thought I’d post this as it may well help others. I’ve recently been trying to find a combined external case and battery for my iPhone 4, as I use it frequently for GPS navigation/tracking, and this really hammers the battery. I can manage a good 4-5 hours on the internal battery, but a days walking/cycling can easily leave you running out of juice before hometime. I’m not worried too much about the bulk of the unit, as its will easily fit in a pocket or bag on these occasions, within reason.

My experience with these has not been great. The first attempt died a violent death on first use, the second wouldn’t reliably recharge, and the third, whilst it appears to do the job, is let done by poor aesthetics compared with the iPhone. 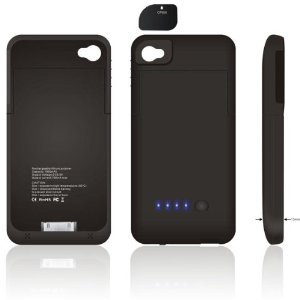 This is the first unit I tried, at Â£16.95. Seemingly a good feel and build quality, it was obviously faulty. I tried the phone and as it was at 100% it didn’t need any new juice from the external battery. So I ran the internal battery down quite a bit and then flicked the switch to engage the external battery. The power indicator came on as expected. I was about to go out, so was just picking up my case and about to put the phone in my pocket when there was a loud pop and sparks flew out the end of the external case. I quickly removed the phone, and checked that it was still ok by plugging into the docking station to see if it would charge and sync. All was well.

I wasn’t about to give this case a second chance, and so sent it back. Definitely one to avoid! 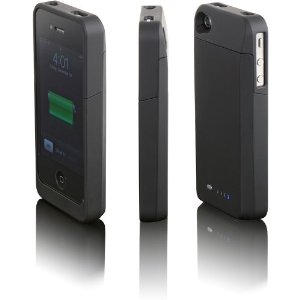 This was the second unit I ordered at Â£24.95. The aesthetics of this case were fine – a solid feel, textured surface finish and good build quality. The simple two piece design made it easy to insert and remove the phone without hassle, and looked like it would stand plenty of use. The nice feature on this unit was that it prioritised the charging – phone first, then external battery – so you would always have the internal battery in the best possible state.

Although I liked the feel, it had to go back as faulty. 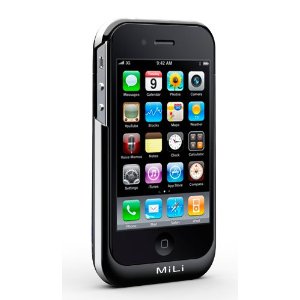 The third unit received, this time for the much higher price of Â£45.99. This seems like a lot for a battery case, but given the experience with the last two unit, I decided that the adage of ‘you get what you pay for’ might well be true.

This unit has so far done all the things its supposed to do. What let’s it down is the shiny and slightly cheap looking case plastics, and the poor attempt to replicate the iPhone 4’s steel band with a piece of moulded plastic. The case is also shiny, and not at all resistant to scratches. The hinged top also looks like it might well fail before too long, but I am prepared to reserve judgement. It appears to work well in terms of charging the phone and itself taking charge, and with 2000mAh of charge, should double the life.

You probably get what you pay for with these units. Although all of these models featured both good and bad reviews (and I selected on the basis of few poor reviews, as I recognise that you can always get a faulty unit) I was surprised that I had so much trouble finding something. If New Trent could get together with Mili to get the combination of aesthetics and functionality, then that would be the perfect iPhone 4 Battery Case.

I’ve just been away for 3 weeks cycling with the MiLi Powerspring 4 case, and found a couple of points to add.