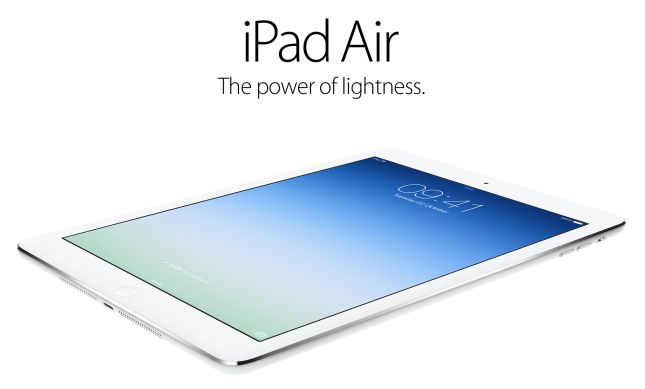 Another wide ranging announcement of new toys from Apple today. The Keynotes are as predictable as ever (unless your one of those people who think that Apple should be release some new, secret, market changing device of the century), although I did think this one lacked some of the polish of the past.

Jobs was the master showman, and the current team of Tim, Craig, Phil and Eddie, whilst trying hard to maintain the style, aren’t quite as comfortable with it. Today’s Keynote was peppered with stumbles and misspeaks, like they hadn’t been rehearsing quite so much, and is it me, or have Phil and Eddie been at the cookie jar too much? Nice quips from Craig about ‘Hair Force One’ though!

There wasn’t much shown that we didn’t already know was coming. Updated Macbook Pros with Haswell CPU for greater battery life, although not as seismic as seen on the Airs earlier this year, but that was predictable. I’m comfortable with having brought last years model only a month ago for Â£400 less than current list.

The full size iPad is now known as the ‘iPad Air’, a name befitting the diet it’s been on (Phil, Eddie, take note). Seriously, did Apple put weights in the old one – shaving 30% off the weight while doubling the performance is way more than we might have expected. The iPad Mini gets a Retina display, and the A7 processor the same as the iPad Air and the iPhone 5s. People seem to have missed that this is the first time that Apple have done simultaneous updates the to whole iOS line with the same processor across the board. That really helps stabilise the platform for for developers assuming they maintain that regime in future updates.

The Mac Pro, still waiting in the wings, but with more detail and pricing. It’s a serious powerhouse for the power hungry, and in a seriously tiny and quiet package. Availability slips slightly (Fall to December) which knocks the gloss off the fanfare of bringing assembly back to the US. It’s becoming a feature of new releases to have incredibly tight supplies, which the cynical might say is a ploy to keep the margins up, but is probably more reflective of Apple creating demand that outstrips its ability, and that of the supply chain, to just make the darn things fast enough.

OS X Mavericks, the OS for the Macbook, iMac and Mac Pro systems, is now available as a free update, bringing it in line with iOS upgrades. It reflects the fact that Apple see operating system as just part of the hardware, and a commitment to keep delivering even after the initial purchase. Rather more radically, all iLife and iWork apps are to become free (with purchase of a new OS X or iOS system), which suggests that Apple recognise that computers are only as great as the software that comes with them, and want people to experience an out of the box experience that is far more complete than offered elsewhere. It’s also a real shot across the bows of Microsoft, who built their empire on paid upgrades to OS and Apps. Currently floundering with new but not there hardware, unloved and untrusted OSs and annual subscriptions to Apps, Microsoft really have their work cut out. No wonder Ballmer jumped ship, or walked the plank. I loved the Keynote digs about the relevance of the iPad from the time of its launch.

There will be those who chime in with the ‘where’s the innovation’ cries, but if you can’t see Apple’s willingness to upturn its own cart as well as it’s competitors, you really have your head shoved in a place of poor illumination. I’m sure it would be wonderful to reinvent yet another industry, but it’s evident that Apple are doing just fine and are dealing with growing pains. Solve those first and let the competition flail around in R&D at their expense (and learn from their mistakes).

I said three years ago after the release of the iPad, that the personal computer industry would look dramatically different in 5 years. 170 million iPads later, it’s already radically shifted. Other than price as a factor, I really don’t understand why people still think PCs are relevant. We so rarely do anything these days that required those traditional functions a PC was conceived for.