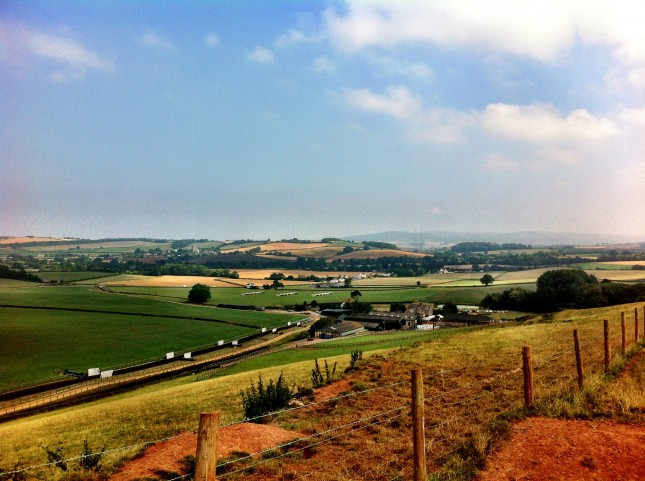 The view from Withycombe Hill towards Old Cleeve and the Quantocks 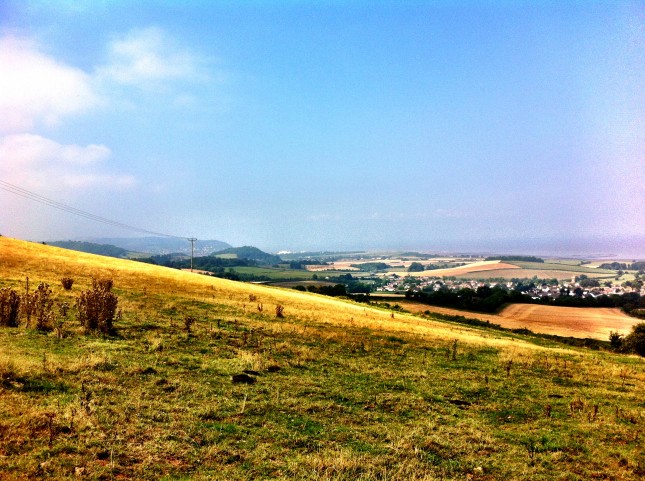 The view from Withycombe Hill towards Dunster and Minehead 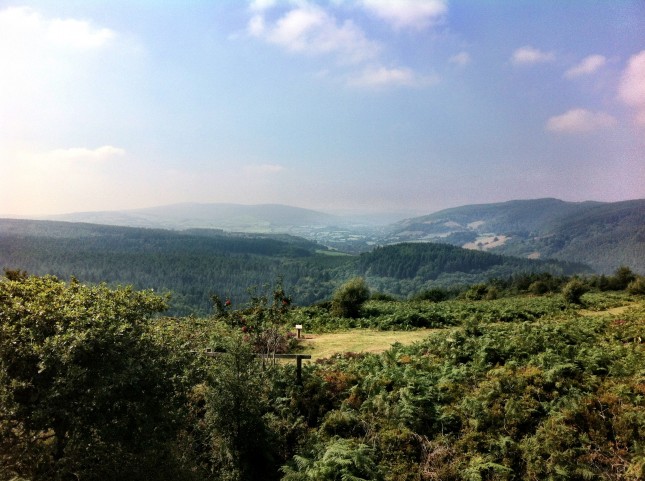 The view from Bat's Castle towards Wooton Courtney and Dunkery Beacon 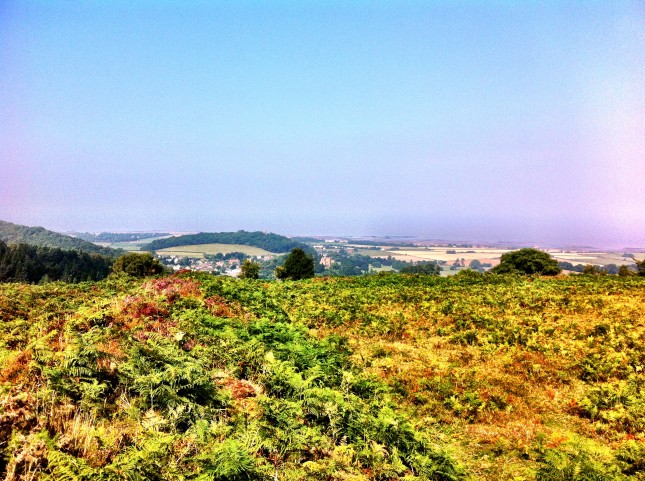 The view from Bat's Castle towards Dunster Castle and Dunster Beach

Don’t you think this summer has been pretty remarkable? Generally fine and sunny since May, I can’t think of a bank holiday so far this year that has been spoilt by the weather. They’ve all been pretty damn good. This August Bank holiday has been no exception, although first thing in the morning was somewhat overcast, but by lunch time the sun was blazing through what was left of the clouds.

I set off again on another 12 mile walk, again with the objective of getting it done in under 4 hours. This time, I had a loop planned at would take me out into the hills around Withycombe and into Dunster, leaving a pleasant, flat walk along the coast back to Binham Grange. Part of the route was along the [Macmillan Way West](http://en.wikipedia.org/wiki/Macmillan_Way_West), and I found some of this the most pleasing walking on good paths and with good views. I think I will make a point of walking more of this route.

The highlight of the walk was climbing up to [Bat’s Castle](http://en.wikipedia.org/wiki/Bat’s_Castle) just behind Dunster, which is the location of an Iron Age hill fort. Nothing much to see other than some earthworks, but its a commanding spot over the surrounding land and some great views in all directions. Whilst walking up Withycombe Hill you are inclined to wonder why they put Dunster Castle where it is, because its on a fairly unremarkable lump amongst some other hills, but then I suspect it was never really meant as a fortified castle, and more of a bauble.

I’m really enjoying these walks, the distance is good and it feels comfortable. I do notice that the legs start to tire around the 10 mile mark, so I can’t say I’m exactly fit for anything. I’ll try and fit in another walk this week and aim for a slightly longer distance. Croydon Hill, the next hill south from Withycombe looks like it will offer good views, so will have to give that a go.