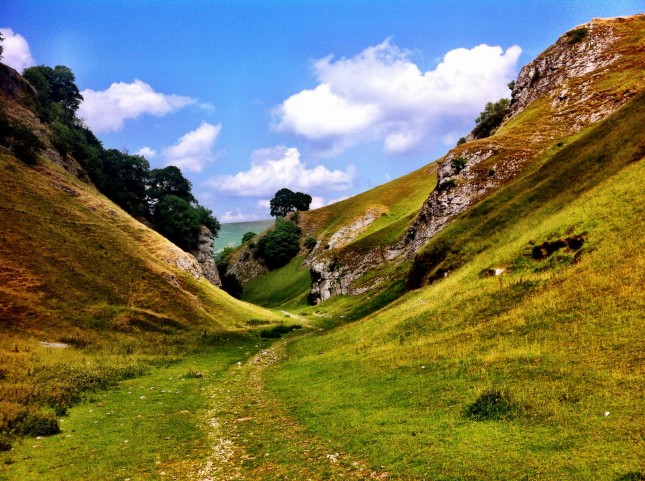 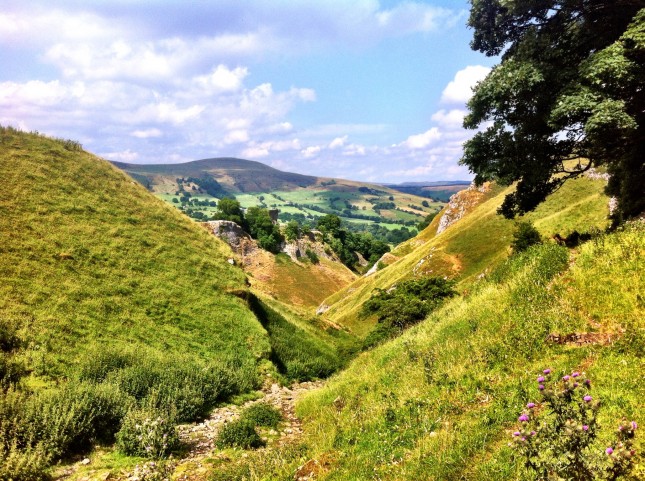 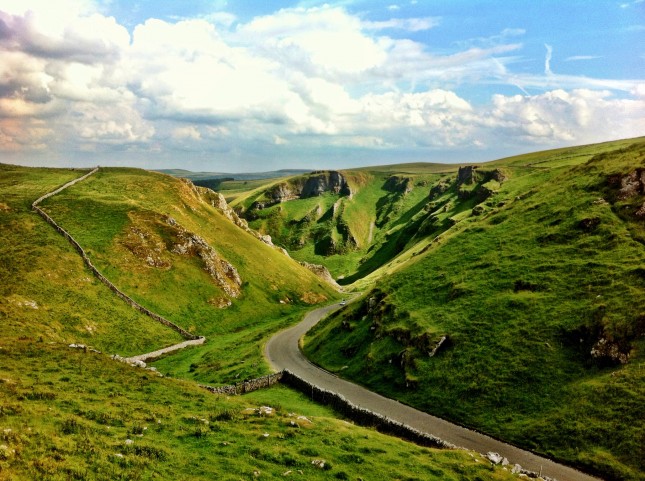 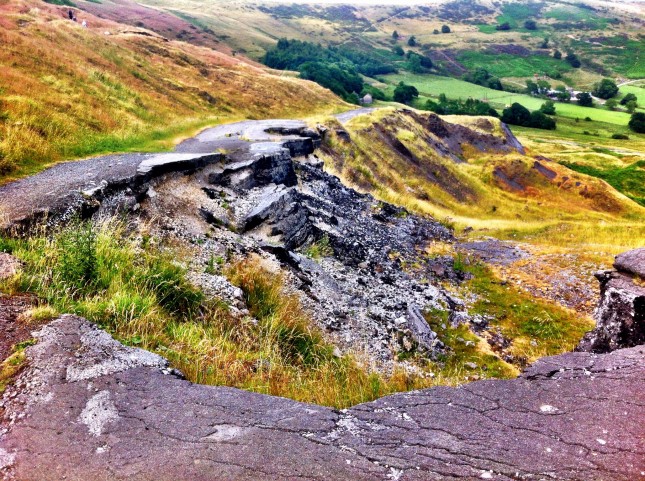 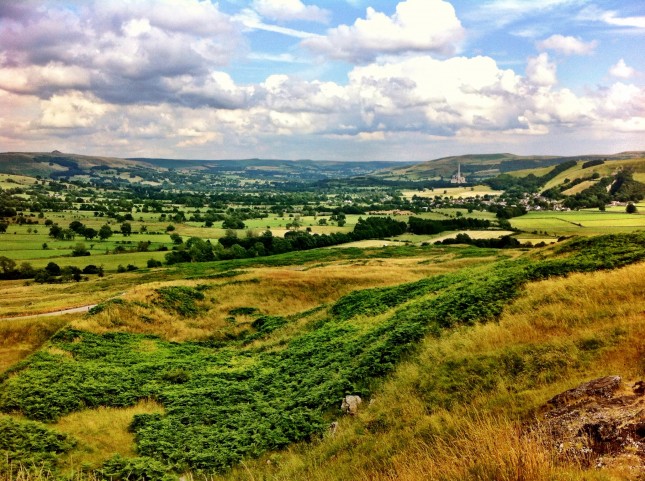 After yesterday’s exertions on the ridge above Castleton, today was a more relaxed affair. Mel had some adverts to design and get off to magazines, so the morning was relaxed, just hanging about in the van. Once the work was out of the way, it was time to get out again and enjoy the sunshine.

We thought we would take a route to give a different perspective on the valley, and headed into the town, did a little mooching around the shops, then headed for the castle that sits above the town. Peveril Castle is an English Heritage site, and so there is a fee to go onto the site. Given that there doesn’t seem to be much of it left, that didn’t seem worthwhile. We were ore interested in the footpath that seems to go past the castle, but weren’t sure if you had to go through the castle site so asked in the shop.

In fact, it goes from a hundred yards up the road, between a couple of houses and through a narrow ravine before opening out into a high sided dale with Limestone outcrops, known as Cave Dale. The back side of the castle is visible after a little climbing, and you can see why they chose to build there – there is only one way in via a steep and narrow path.

The footpath is part of The Limestone Way, a 46 mile long distance footpath that runs south-east from Castleton to Rocester in Staffordshire. As you climb the dale gets tighter to the path and the views out over the Hope Valley expand.

After a loop out across typical Peak District farmland, with dry-stone walls snaking across the landscape, we reach The Winnats, a deep gorge through which a road winds steeply from above Caslteton on the way to Chapel-en-le-Frith. Just around the corner from The Winnats is an old road which has been abandoned due to land slips. It’s built upon the skree slops of Mam Tor and had been in need of regular maintenance during the 20th century as the ground continues to move. Mam Tor’s distinctive scar was created about 3,000 years ago, at a time when the top of the hill was occupied as a hill fort, the archeology of which suggests that was perhaps when habitation ended.

Oddly enough, the original road was through The Winnats, but with increasing motor traffic it was diverted to go over the landslip as it was a gentler gradient. So much for progress. In the 1970’s a major slip occurred leaving two foot high steps in the road and an unsupported precipice under the uphill side of the carriageway. As a result, the road was abandoned and diverted back through The Winnats. The old road continues to shift and buckle, and today it looks like something left in the aftermath of a violent earthquake.

The walk back down from Dale Head to the town gave one final far reaching view of the Hope Valley to enjoy. We needed to leave the campsite on Friday as it was booked out for the weekend, but that meant we could try a different area of the Peak’s before having to head home.