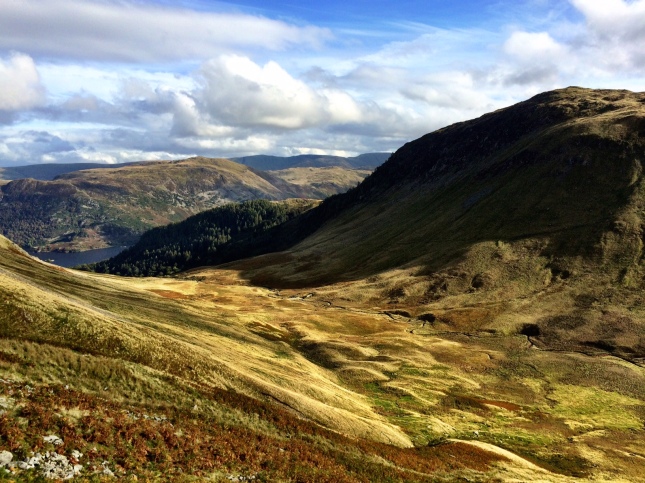 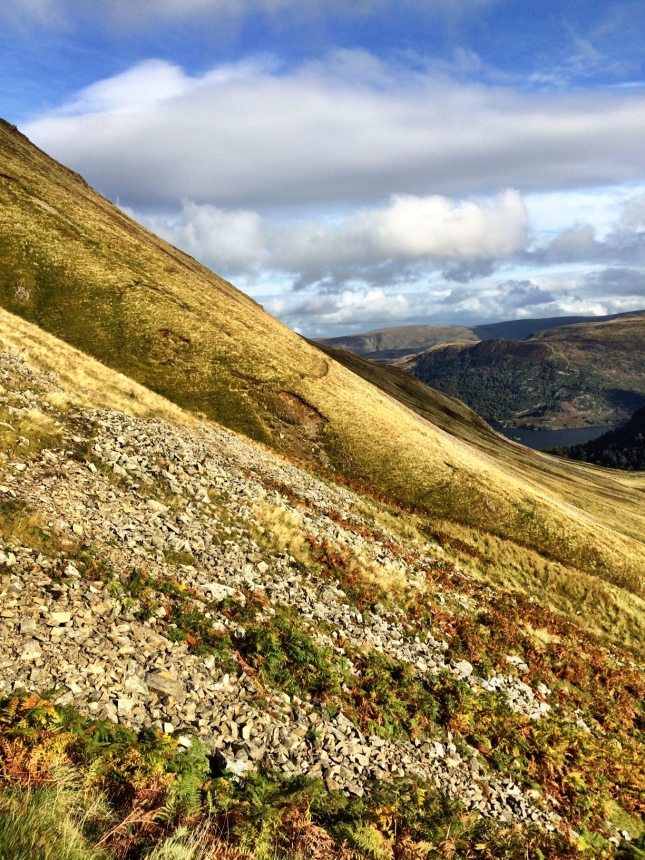 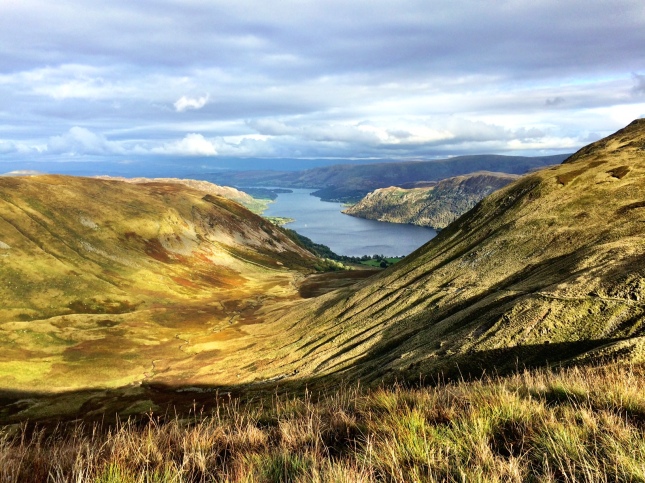 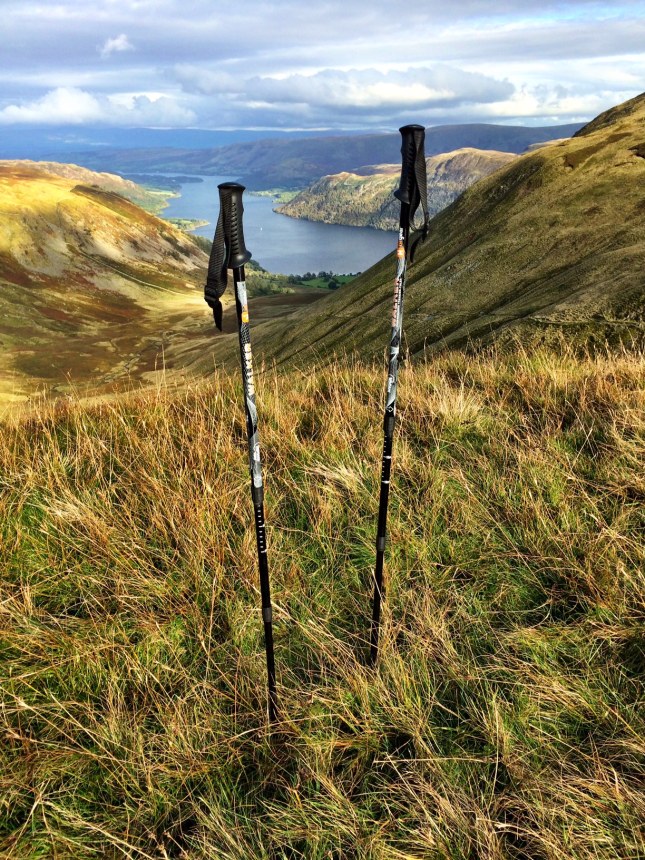 After a bit of work this morning (yes,I do some of that too), I got out for another walk. Unfortunately the work required an Internet connection, and mobile coverage was next to useless, combined with the inability to park anywhere nice (like, with a view) meant I lost most of the morning trundling around the shores of Ullswater. In the end I plumped for an illicit stay in a carpark in Pooley Bridge, figuring I’d pay if someone came checking, which they didn’t. However, the Internet was intermittent at best.

Once that was out the way, I headed to Aire Force (a waterfall, not part of the military) but they wanted Â£7 bleeding quid to park there for the afternoon, so I went up the hill a bit towards Dockray no found a lovely big parking area not far from the village. From head, I could head across Brown Hills as it’s known, towards Helvellyn. I had no thoughts of making it to the top, not least the fact it was trying to rain still as I set off, or the 2pm start, but thought the partial ascent would be good anyway.

Another energetic sprint up the initial hills because the trekking poles told me to, and then out onto the exposed ridge and a bit of a breeze. The sun had come out too, making it a sweaty but chilly affair. Fortunately I’d brought the wooly hat and another layer, so once the effort reduced to a brisk and more level walk, I was quite happy and warm.

Some cracking view down to Ullswater, up to Helvellyn, and across the Glencoyne valley with its charming little stream snaking across the landscape. I could see clear across to the northern Penines and the South Coast of Dumfries and Galloway. Smashing stuff.

Once I got back to the van, I decided on a change of scene. I had planned to stay again and tackle Helvellyn from Glenridding, but the path up the other side of Glencoyne looked more like a motorway than a hill walk, and so decided I needed something a little more challenging. So I headed off for Keswick so I am at the foot of Skiddaw for tomorrow’s activities. Only about 30 metres less than Helvellyn, and I get to start at almost sea level. So about 850 metres of climb in about a mile and a half. Might leave the trekking poles behind and look for some crampons!

Should be a lovely sunny day too according to the forecast. Fingers crossed!

1 thought on “Brown Hills Above Ullswater”