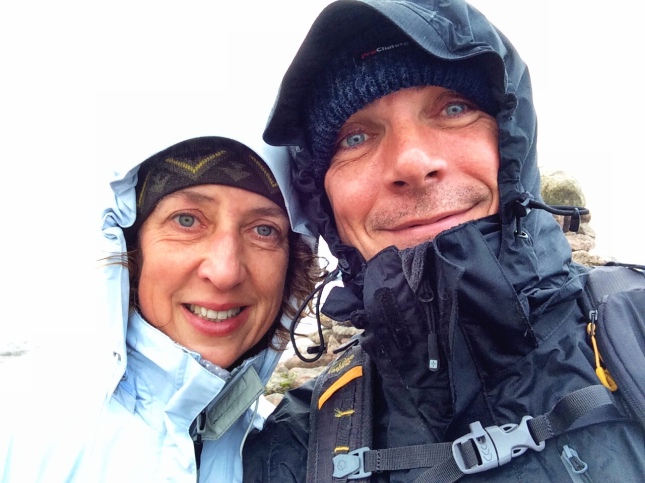 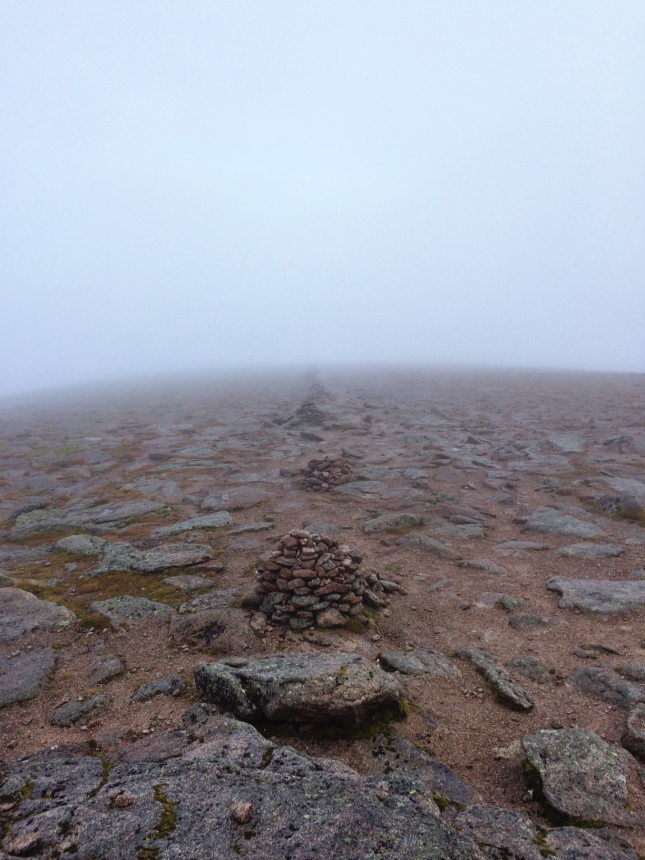 Trying to take advantage of a good weather day, we headed into the Cairngorms and up to the ski area. Not that there is any snow, nor do. We have ski kit on this trip, but there are still hills to walk.

A dry day, but a stiffening wind as we set off up Windy Ridge towards the summit. Right in the face as well, so we had to stop at the mountain railway cafe for a coffee and cake to warm up.

But then upwards was calling, even though the summit was disappearing into the clouds. The top was a little short on visibility, good job there were plenty of cairns as way markers, but the clouds would occasionally part for a view down towards Aviemore. We opted to do battle with the elements and headed for a jaunt around the horseshoe rim towards Cairn Lochan.

Mostly free of any view, which was a shame, and a constant 30-40mph wind in the face for a couple of miles, but once on the downward slope and the return go the van, we were more sheltered from the wind and back out of the clouds.

We even had a close up encounter with a Grouse, who looked way to confident for his own good, refusing to take off as we approached, and just trotted along a few years I front of us for quite a while. We both thought he had quite short, fat, hairy legs really. For a Grouse.