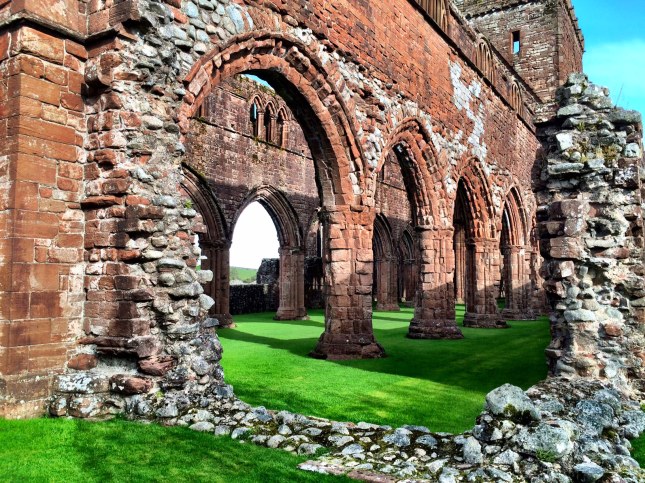 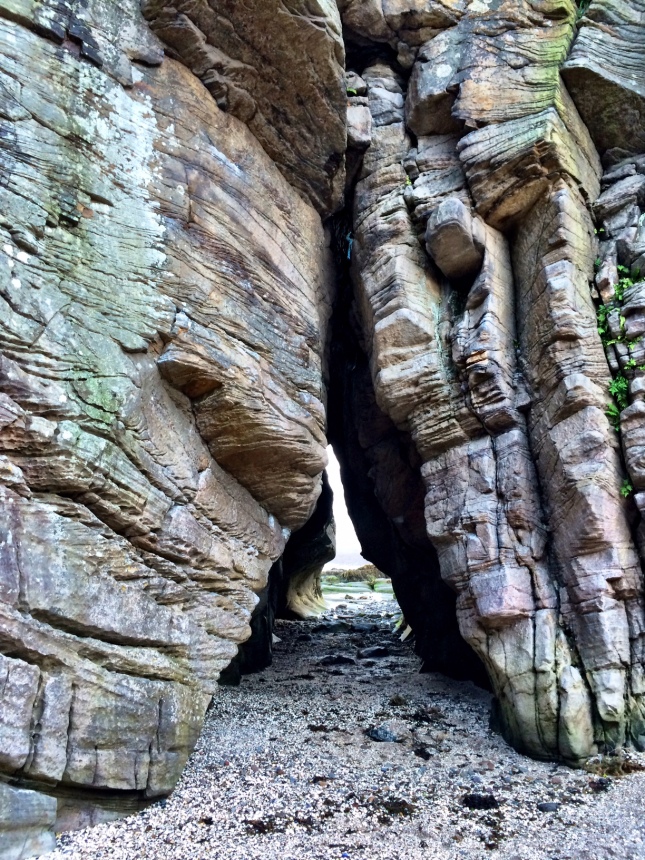 Yesterday was a write off and a wash out. The rain started at 10 and didn’t stop. I found a campsite in Gretna so I could recharge batteries and do the water.

By evening I decided that the only way to cheer myself up was to brave it and head for the chippy. Easier said than done as the road into town was staring to flood, so I had to tiptoe down the white line to stop getting the feet too wet.

Still raining this morning but by lunchtime it was starting to clear, so I headed off along the coast. Struggled to find parking without a height restriction, and also struggled to get my head around the Right to Roam. Scottish maps DO NOT have footpaths on them, even though they exist. As a result, it’s hard to plan a walk without just accepting that you’ll be vaulting walls and gates all day.

A brief stop to see the ruins of Sweetheart Abbey whilst dodging passing showers.

In the end I found a parking spot the other side of Dumfries, in Carsethorn. I opted for the simple option of walking along the beach, the route of which is self evident. Turning inland for the return, I actually stumbled across a footpath sign, going my way.

That took me past the cottage of one John Paul Jones. Not three members of the Beatles, but a Scottish sailor who came to be known and the Father of the United States Navy. He was canny at sticking one to the British, and famously replied, when asked if he would surrender by a British Captain, “I have not yet begun to fight!”

Oh well, pub across the road, so time to see what the beer is like in these here parts, before trying to disgust the witty tome “Public access to Scotland’s outdoors”.