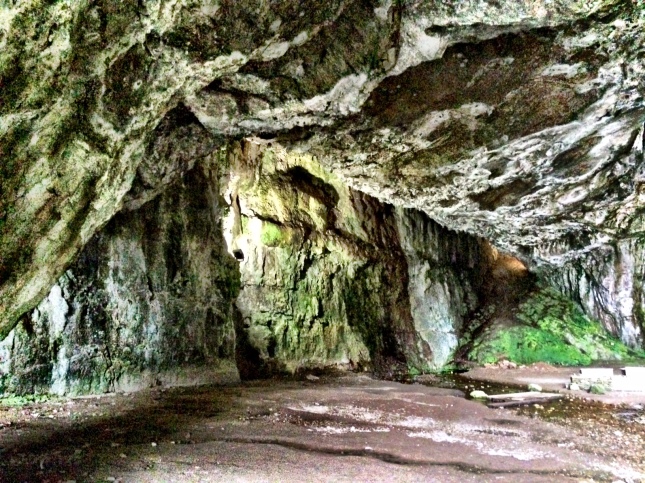 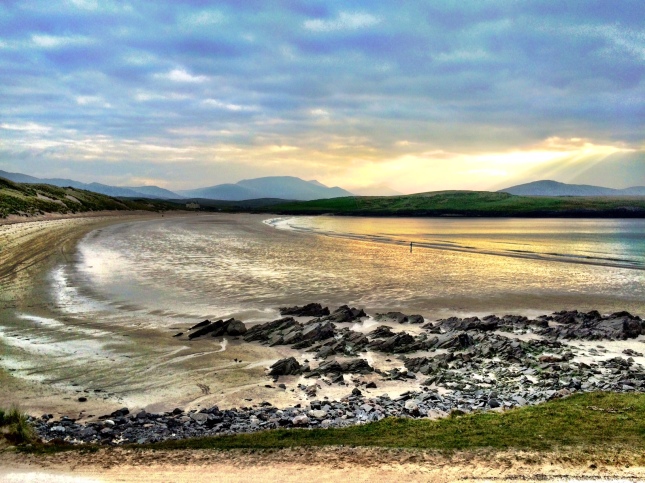 A slightly wetter than desired start, but it soon have way to a calm and pleasant day. The morning started with a brief, damp visit to Ceannabeinne Beach, a lovely cove with golden sands. Followed by the contrasting Smoo Cave, a deep, narrow cove terminating by a deep cave, part carved by the sea, and part by an underground river.

The afternoon was bright and warmer than the morning, and allowed for a very agreeable stroll around the Faraid peninsula including clambering up and down the sand dunes, a very delightful stroll along Balnakeil Beach, followed by a spectacular Mocha (hot chocolate and espresso) courtesy of the obliging Mountain Mocha cafe at the Balnakeil Craft Village, who stayed open just for us.

The military use Cape Wrath, the most North Western tip of the UK as a live firing range, and they’ve spent the last two days shelling it. There’s been a couple of navy ships about 10 miles off shore loving various sizes bombs into the area around Loch Inshore, plus bombers circling around for sorties and bombing runs. Most of the explosions have been hidden by the ridge on the other side of Balnakeil Bay, apart from the occasional waft of smoke. But they seem to be getting through a fair amount of ordnance.

2 thoughts on “Durness and Faraid Head”