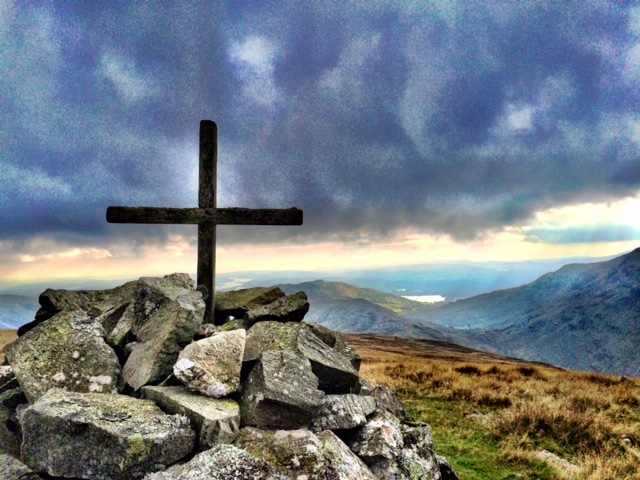 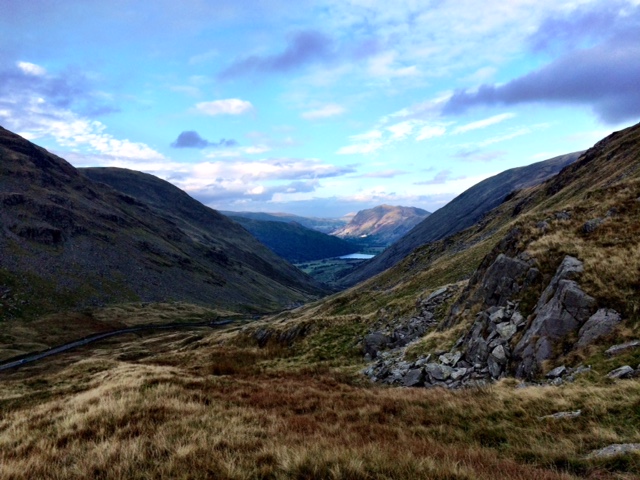 The Lake District is a pain – just about every where is pay and display parking! And not very accommodating for motorhomes either. I paid for an hour in Ambleside so that I could go to the shops for food, and then debated where else I could go. I decided that getting away from civilisation would be better, so headed up Kirkstone Pass which cuts through to Ullswater.

On the way up I found a space with a nice view, which was probably meant to passing place, but big enough for me to fit in without causing chaos. I chomped on lunch and watched the clouds pass by. Only a few hundred metres on was a huge parking area, which probably would have been better, but you never know if you don’t take those chance when they present themselves.

From the parking area outside the Kirkstone Inn I had too choices, the scree slopes of Red Scales, or the moorland heading for Stony Cove Pike. Red Scales seemed rather steep, and the top was mostly in cloud, so I opted for the hopefully more picturesque Stony Cove. I romped up as fast as I could (I think it looked impressive, should anyone be watching), the trekking poles helping to set the pace and help with the scramble up the steeper, rocky sections.

Not far up there is a small lump on which you get a good view back over Windermere and through to Ullswater, and then the long slow climb to Stony Cove Pike. Sod’s Law came into view along with the summit, as I disappeared into the cloud for about half an hour, so I’ve no idea what the view from the top is like. However, as cloud passed as I descended and that prompted me to abandon the path and head around the hill, past the monument to some past walker (and his son), and out onto Caudale Moor, a long finger of a hill, which gives a fantastic view over Patterdale and the southern curl of Ullswater.

Not a long walk, but bracing and a bit sweaty, but life affirming too. If you hear a hollering in the hills I t might just be me!