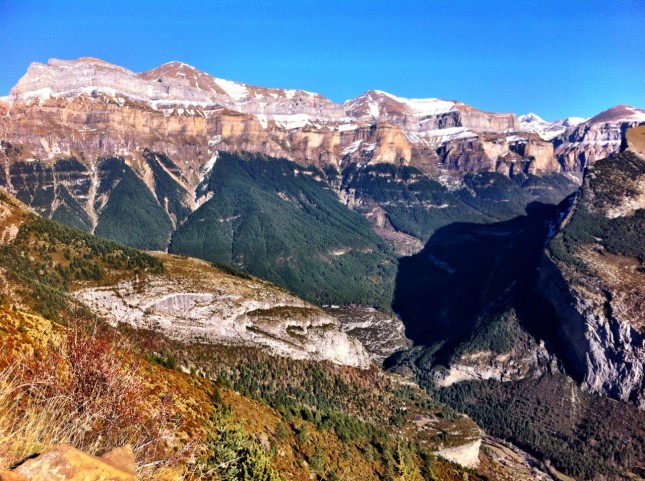 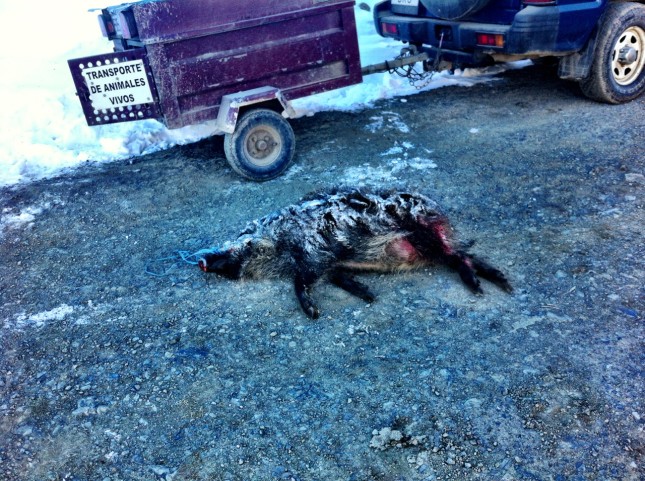 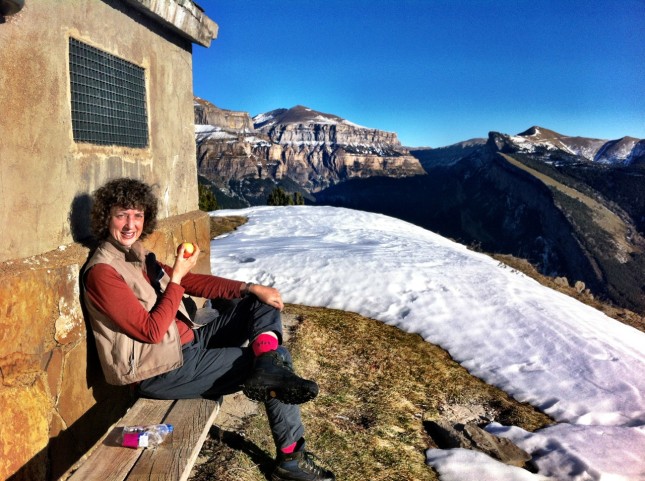 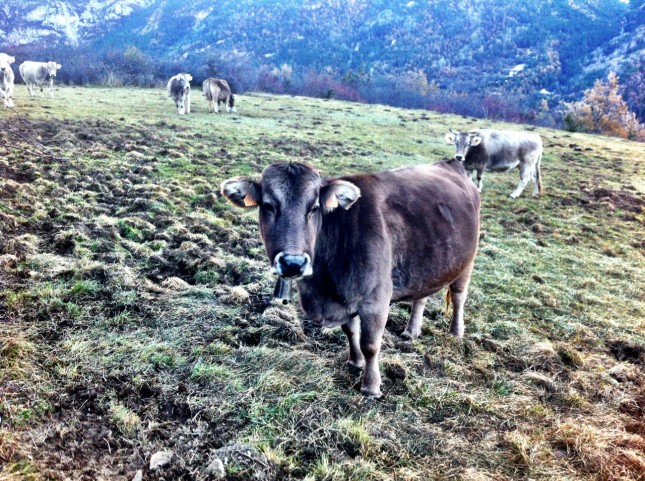 This is a bit deja vu for readers of this blog, but we’ve returned to the Ordesa National Park, for Mel’s benefit as I was here alone two years ago after she’d returned to the UK for an exhibition and I was slowly working my way home. And it was a real deja vu – we stayed in the same campsite, the charmingly named Camping Gavín, although because of the name of the town, not the TV series with Stacey. I’m pretty sure it was even the same pitch. We did some laundry, which was about the only novelty of the experience, and then this morning we drove to Torla and the entrance to the Ordesa valley.

Just to complete the groundhog experience, we went for the same walk as I did last time, up the western face of the valley. The Ordesa valley itself runs west/east and has 1500 metre high cliffs, so it doesn’t get any sun into the valley at this time of the year. The sunny western slops were the best option.

This time I managed to locate the shortcut footpath out of the town, which meant 500 metres of climb over only a couple of kilometres of ground. Fortunately the legs are toughening up with all this hill walking, but we were glad to have shed a few of the layers and selected the right trousers. No idea what the temps were today, but it felt like summer. We then walked about 5 kms to climb another 500 metres until we reached the little comms hut on the top of the hill and sat on the bench and ate snacks, which was yet again a repeat of the experience for me.

We passed a party of chaps out hunting boar, and they’d already had some success, so you now (as we do) know what a wild boar looks like, although this one looks pretty frozen stiff and very dead. We were also treated to a close up aerial display by some vultures but sadly, despite some attempts, the iPhone is only capably of making them look like sparrows, despite them being only 25 metres overhead.

The walk down was a little brisker than the one up, but in all about 16 kms and 950 metres of ascent in 4 hours which we thought wasn’t too shabby at all.