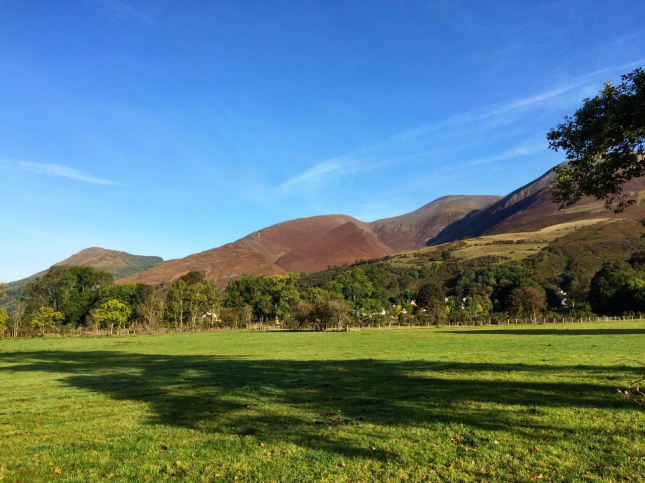 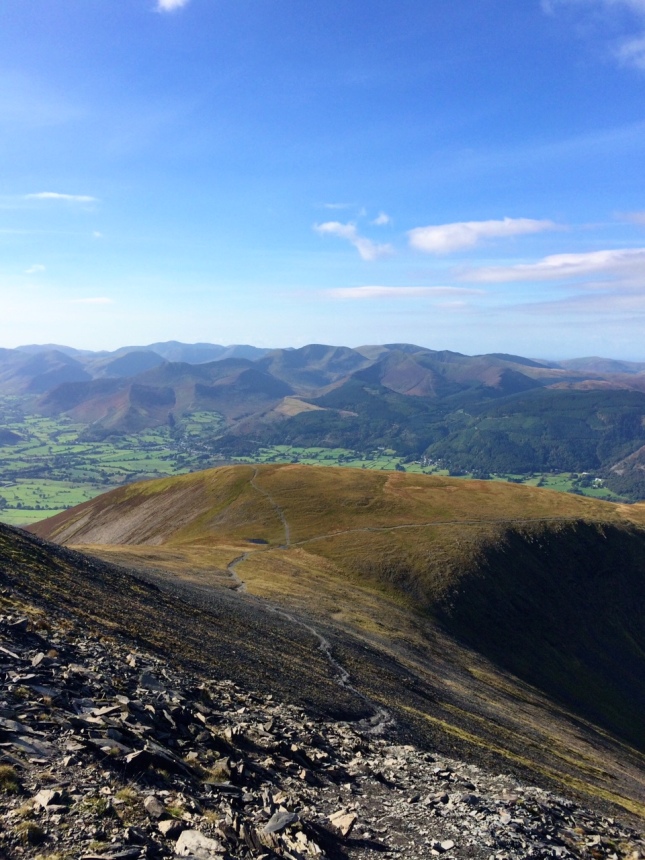 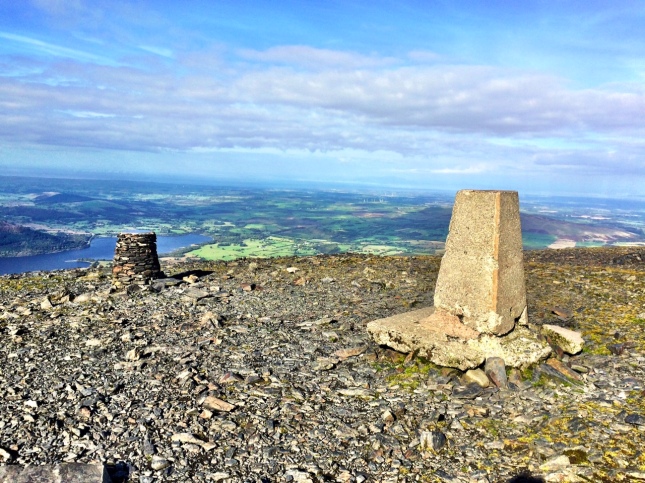 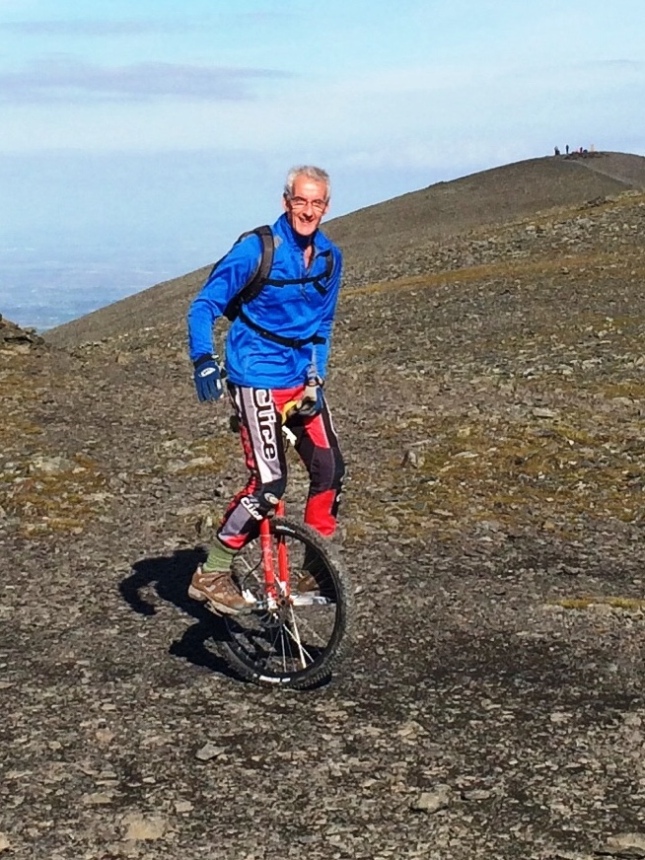 A wonderfully sunny day for a walk up a hill. Thick due on the grass on leavings wild camping spot just outside Keswick, meandering through lush fields to the foot of Skiddaw, the fourth highest mountain in England.

Looking up from the base, it as evident I would need to pace myself. I’d shunned the well prepared motorway that most people take from Underscar, opting from Millbeck over Carl Side. Same distance to the top, but half the length, or in other words, twice as steep.

I kept a reasonable, moderate pace, stopping about every 100 metres of ascent for a breather, and sitting for about five minutes at the halfway point to admire the view, and consume some extra fuel to stop the legs from wobbling too much. I found the trekking poles to be a real help with the balance and to propel myself onwards and upwards.

By the time I reached the top is covered 6 miles in 2.5 hours, which I thought was quote respectable given the climb. There were quite a few people up there, but I appeared the only one to have taken that route, the others come from either the main route or Longside Edge. I lady fell runner appeared to come from Broad End, which was admirable.

As I started to head for the exit, I came across man with a unicycle. Or a Municycle as he called it. I called it daft, but he seemed to think it sane. Apparently it was a bucket list it for him (possibly his last). He’d been pushing it uphill but gladly hopped on for the photo op, then peddled erratically off into the distance.

The descent was much quicker down the main route, much better surface, made amusing by the people huffing and puffing their way up, some looking ill prepared as is the way when well manicured routes are provided, as it lulls you into thinking it’s easy.

By the time I’d wandered the streets of Keswick, had a nice lunch as reward, and made it back to the van, I’d covered about 14 miles. That makes about 57 miles this week. That’s almost a tour!

I headed for the coast for the evening to watch the sunset, and found a nice wild camping spot spitting distance from the sea. Made for an interesting night as the winds picked up to force 8, but I was quite safe from the waves.