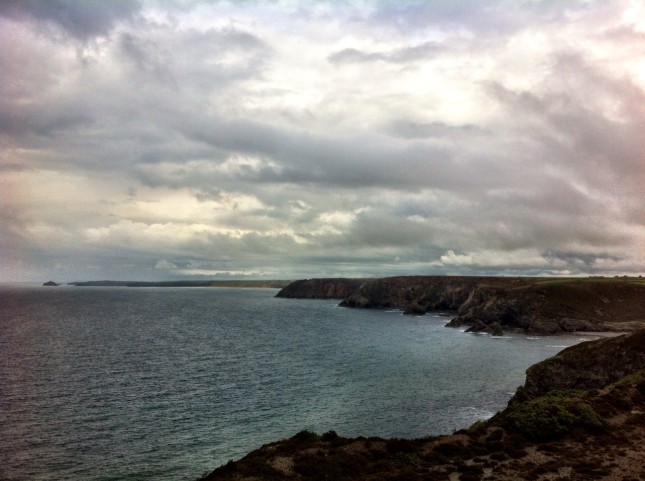 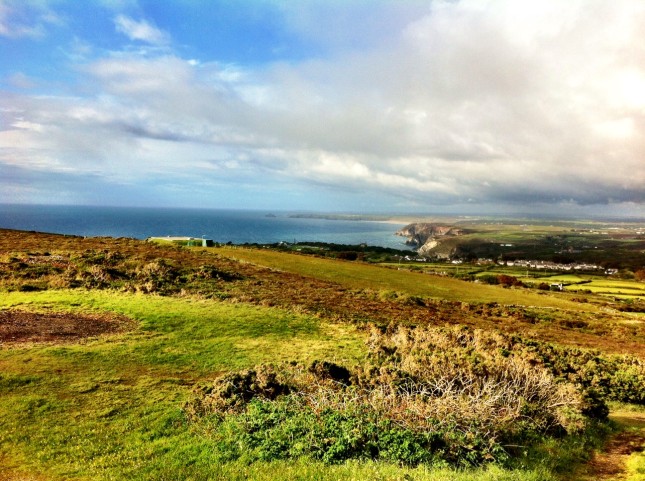 Heading on towards Newlyn, we were initially recommended to go to Bedruthan Steps, but the campsite nearby advised that the ground was soft, so we decided against getting stuck in the mud. Instead we headed for the Caravan Club site at St. Agnes.

As soon as the rain relented we headed off around the coast path in the direction of the town, and pretty much got straight into a rain shower. Not too hard though, but more of a head down job for 20 minutes rather than enjoying the view.

As we approached the inlet to the town the weather perked up nicely. We stopped for coffee at a charming little coffee house on the way up the hill into the town, and a mooch around a textile artists gallery.

We headed back to the campsite via the summit of St. Agnes Beacon which game some lovely views across the coastline and surrounding countryside. Back to the van just in time to avoid another shower!