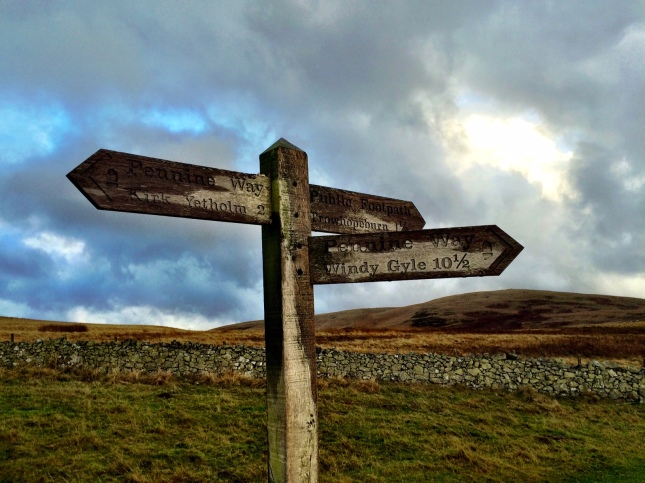 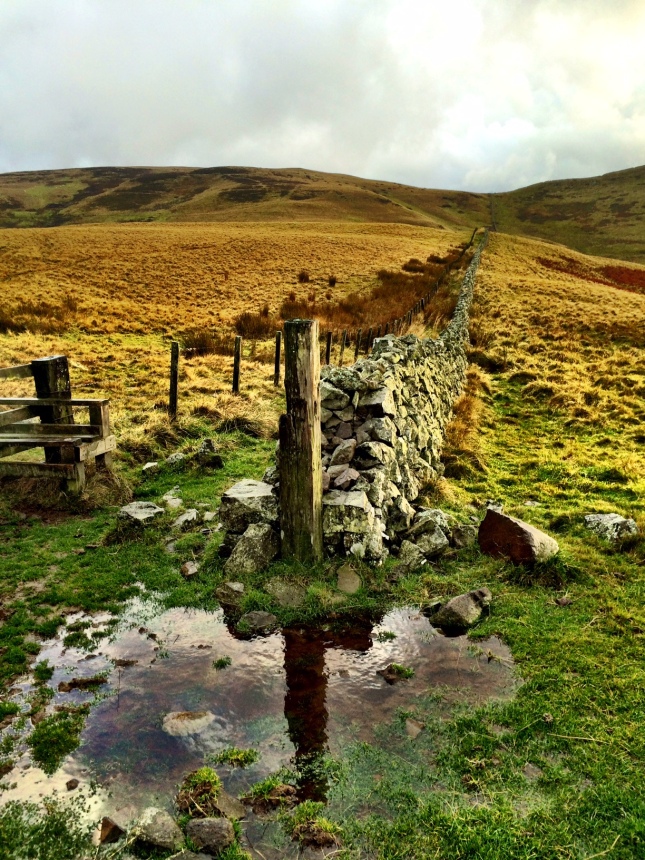 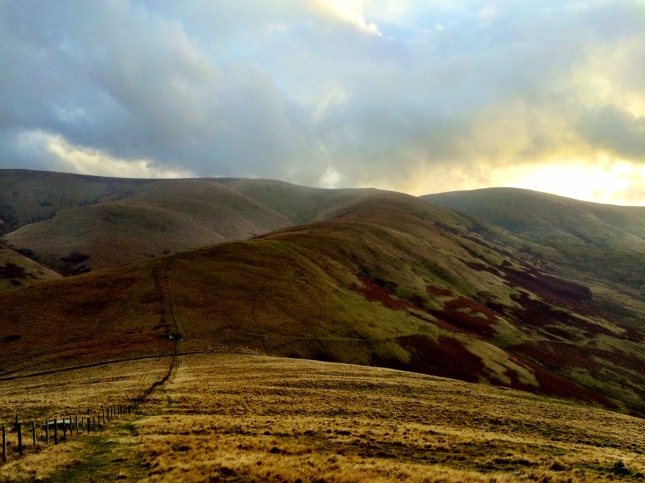 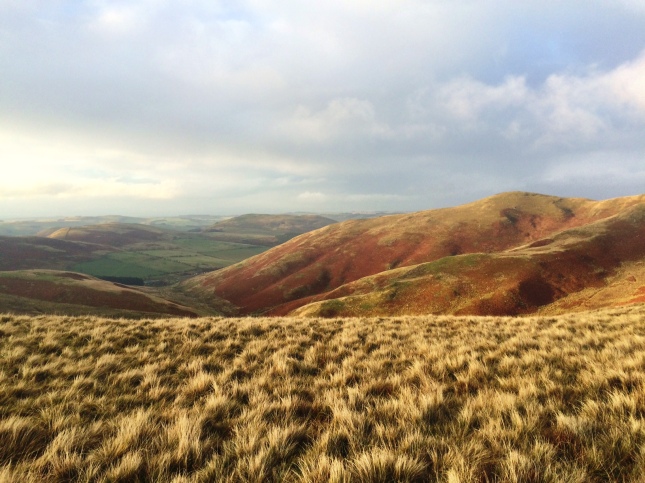 Mel went off early to the station to catch the train back to Somerset. Work needs to be finished and sent off before Christmas, so she’ll join me again next week for a few days in London. That leaves me to wander south over the next few days and scout out some other interesting places to visit on future trips.

One of those is going to be the Cheviot Hills on the Scottish Borders and Northumberland. I drove south west from Berwick passing through Coldstream and Kelso before arriving at Kirk Yetholm, which is home to the official end of the Pennine Way, or the start should you be inclined to do it backwards. For some reason folk tend to do it south to north, I guess just to rub in the idea of going up all those hills.

Well, I can say the I started and ended the Pennine Way on the same day, given that I set out from Kirk Yetholm, walked along a route that was always the Pennine Way, and cam to the end at a place called Kirk Yetholm. Only 8 mile instead of 268, but seems like an accomplishment nonetheless.

I set off on drizzle which ceased after about an hour, just as I was reaching Steer Rig, and the sun started to break through giving some nice views across the hills, the low sun casting rays and contrasting shade across the slopes to the west of me, whilst dark clouds rolled across to the east, the last few rain drops blowing across me face as I enjoyed the view.

Definitely got to come and enjoy this some more before too long, they are some very attractive hills, and not too much of a struggle to climb.

The picture featuring the stone wall leading off into the distance is the border between Scotland and England. The former being in the right of the shot.

It seemed a suitably nice spot to formerly bid a fairwell to Scotland, and thank it kindly for showing us a lovely time, and a range of weather without being too foul. We’ll be back!

A chap called Paul Allen wrote a song about Northumberland and asked to include a couple of the above photos, which I was glad to oblige with. I like the song, well done Paul!

1 thought on “The Cheviot Hills”