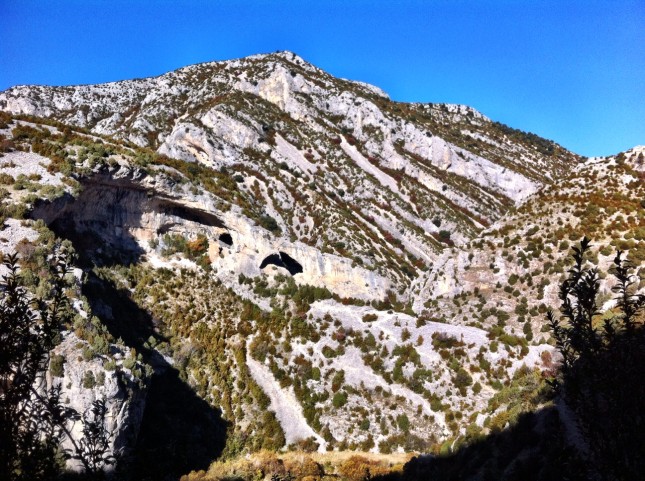 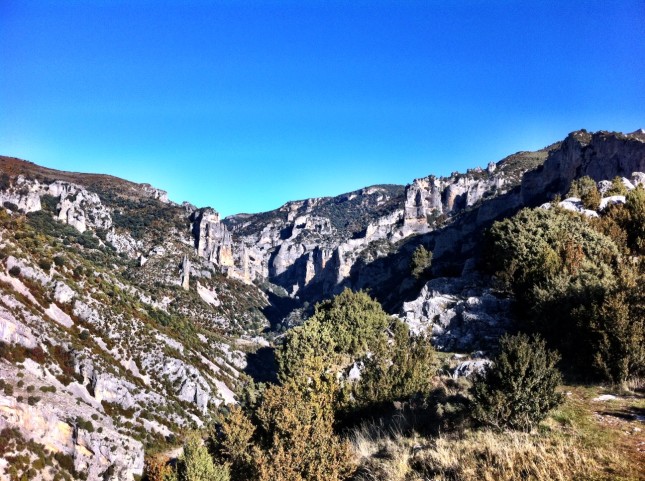 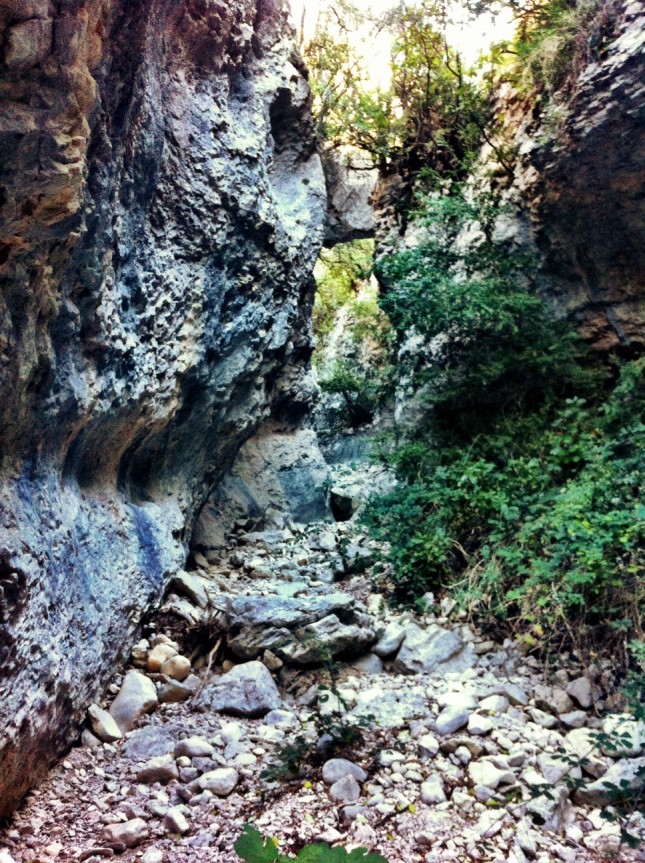 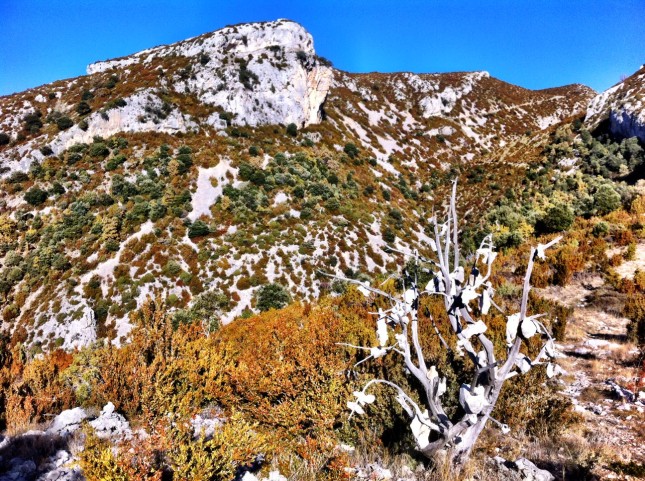 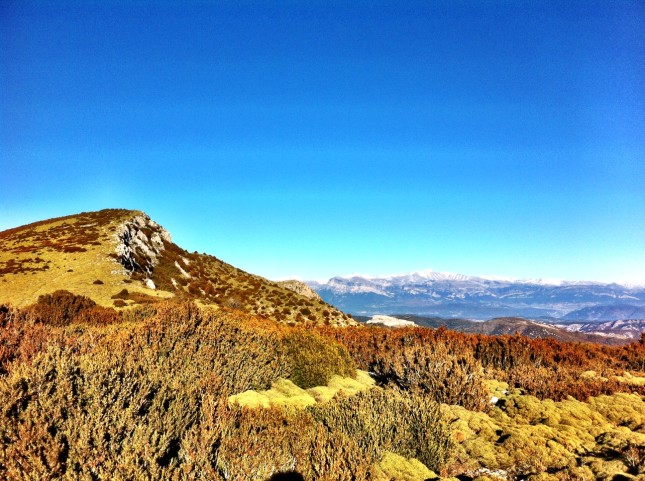 Out for a jolly good walk today, although the title of this piece should probably be ‘Wallace and Grommit in the Wrong Trousers’.

Getting up and going in the mornings seems nearly impossible even when you set the alarm, so it was nearly noon before we actually got boots on and out the door. In my defence, we did have to do some washing as it had been sloshing around in a tub in the garage since yesterday (travel motion is as good as a washing machine).

We headed up through the village and out onto a track alongside the gorge heading for the Ermita de Virgen. This was the easy bit. The small church site on a promontory overlooking the MascÅ«n Inferior, as this stretch of the river is known. And you quickly realise why the place is so popular with climbers, as there are rock face rising hundreds of metres, pinnacles, hollows and inversions all over the place.

Our route took us over behind the Ermita, but all we could find was a craggy knife edge that dropped away a couple of hundred metres either side. We assume the maps were wrong so doubled back into the gorge and opted for another apparent route up the dry stream bed, but this quickly turned into an ‘Indiana Jones and the Temple of Why the Fuck This Way’ so we had to double back again.

Still no higher than when we left the van, we opted for another, this time well signposted and way marked route that headed for the Cresta de Biscaz (I think that’s the name), a long ridge that runs along one side of the valley. This turned into a of two hours (including lunch) and about 700 metres of ascent before we were rewarded with an excellent view of the Parque and the Pyrenees beyond.

The weather has been fab, hence the reference to the wrong trousers, as we were both wearing fleeced ones think it would be cold it the valley shaded from the sun and probably exposed up on top. But generally it was neither and you could have done it in shorts and a T-shirt as long as you didn’t linger on the north facing slopes where there we pockets of snow and ice.

Lots more eagles circling overhead (probably egged on by the sweaty people with boiled hams) and some signs of boar rooting about in the undergrowth.

More of the same tomorrow me thinks, but perhaps a gentler ramble through the gorge which goes on for miles.

1 thought on “The Sierra de Guara from Rodellar”