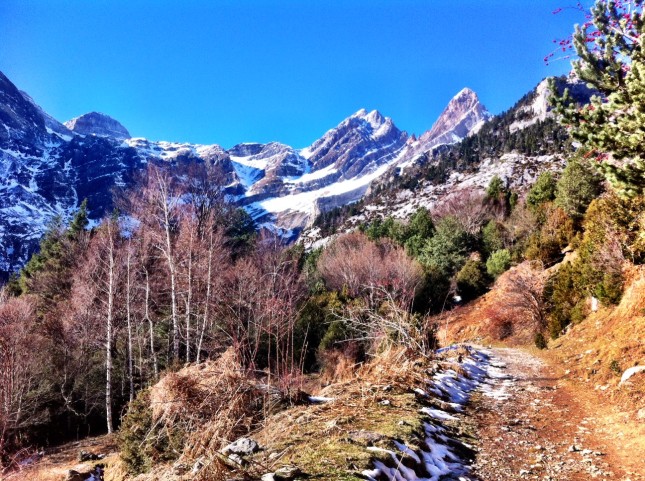 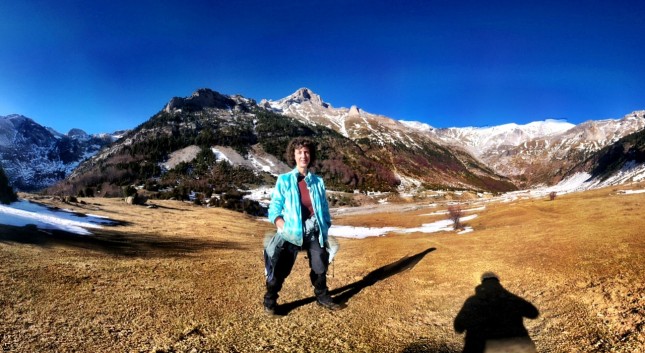 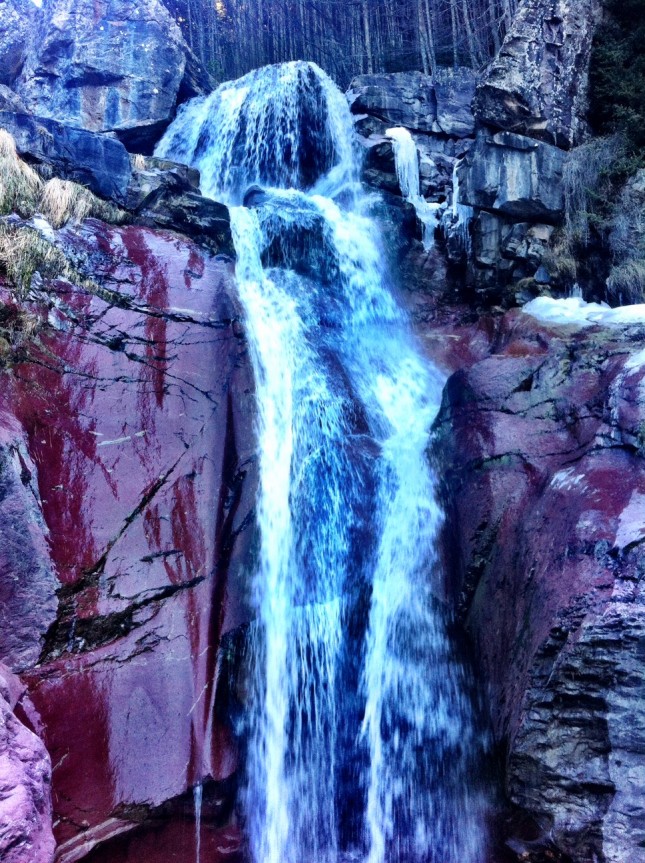 The morning started slowly, I think we were both not quite as keen as the night before to get a full days walking in. We ambled out of the van at about 11am for a quick look around the town. Charming little mountain village with stout stone houses jumbled together along narrow streets, climbing seems to be main interest.

On returning to the van I noticed a small damp patch beneath the engine which warranted investigation. This turned it to be blue and slightly oily, and after comparing with each of the reservoirs under the bonnet we concluded it was coolant. We couldn’t see an obvious leak until Mel spotted a drip from one of the hoses beneath the coolant reservoir. The reservoir was almost empty. Adjustment of the jubilee clip on the hose seemed indeterminate BT it’s tighter than it was so hopefully that’s all it is. We topped up with water and will get some anti-freeze at the next opportunity. Sod’s law we’d had the coolant replaced at the service before we left, but I don’t blame them for the problem, just a coincidence.

Mel also thought one of the tyres looked soft so we headed 5 miles back down the valley to a petrol station only to find they were all fine. Then back up the valley and along the side valley of the Valle de Pineta to take a walk around the bowl formed at the head.

The first mile turned out to be near vertical but opened out into a lovely Alpine meadow in full sunshine so we sat and enjoyed lunch. We took a slightly slithery return path down a track that lead back to the car park, covered in snow and ice and sheltered from the sun by the steep valley sides and pine trees. A couple of waterfalls along the way by way of consolation, but nice to get out while we can.

We headed back down to AÃ­nsa to park up for the night in the car park outside the medieval castle, and had a nice stroll around the shops in the early evening. It’s quite a smart place, apparently spruced up a few years back when the Bielsa tunnel opened to take advantage of the people coming over the border for cheaper supplies. Indeed the only people we passed on the walk were French.