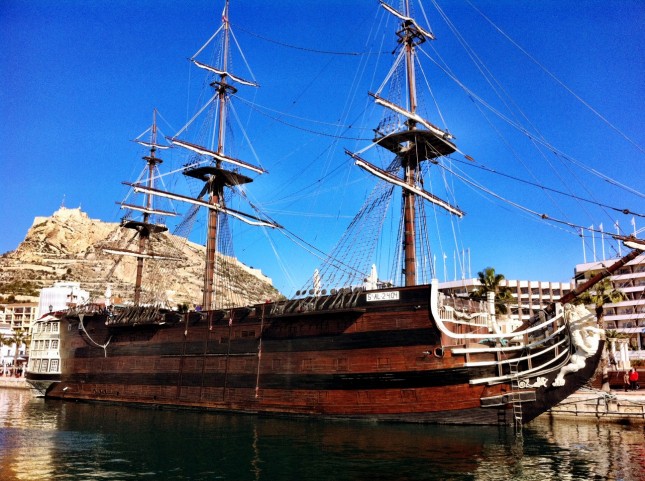 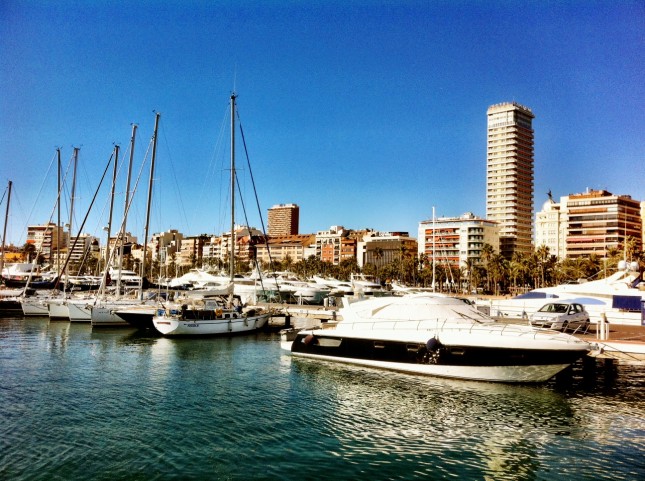 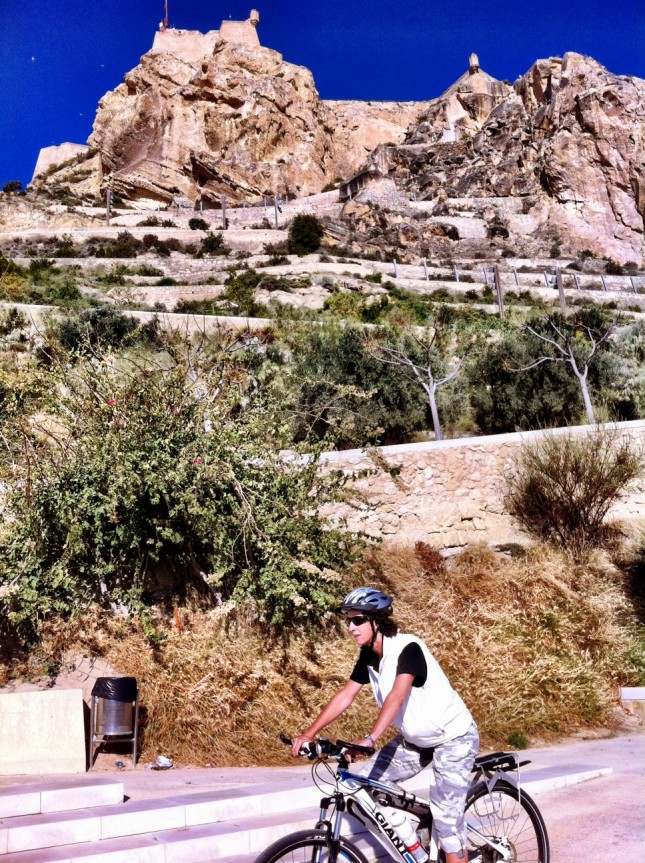 A very agreeable day out on the bikes from Elche to Alicante and back along a cycle path (a lovely 4 metre wide one, perfectly tarmaced). Sun shine all day, although a slight nip in the air which meant you needed to stay in the sunshine, but I got most of the way through the day in a sleeveless cycling top.

Alicante is quiet tightly packed together, at least in the old town, but there were plenty of people taking the air around the harbour and along the sea front. There were even some brave souls taking a dip in the sea, although by their body language I’d take it that they thought they were as mad as we did.

In the harbour is a very big Spanish galleon, which seems improbably large, I’d always thought they tended to be smaller than you’d imagine. Anyway, this one was being used as a restaurant, though you could have a look around and a beer for €5. Didn’t want a look around that much, but the beer would have been agreeable. Especially if the boat was actually a fake. It looked authentic, except for the size.

The rest of the harbour/marina was filled with the usual selection of pleasure boats and super yachts. Not a grant deal of activity on the water though, despite an agreeably light breeze.

In the centre of the town is a large hill with castle remains perched on top, which is obviously what made Alicante a ripe spot for settlement. We cycled part way up the hill, but hunger pangs and thirst got the better of us, so off we toddled though the town and back to the harbour area to find a restaurant. Trouble is, it obviously gets hot down here in he summer, and so the place is littered with palm trees and tree lined avenues to cast shade, but in January you’d appreciate the full strength of the sun, so we ended having to plump for an Italian in dappled shade, but both the sun exposure and the food turned out well. Shame about the wandering minstrels and other assorted sellers of tourist tat.

A slight headwind in the way back made it a little more effort than would otherwise have been requested but we did have the advantage of chasing the sun towards bedtime so it also was perfectly pleasant. Another 35 miles to add to the tally.