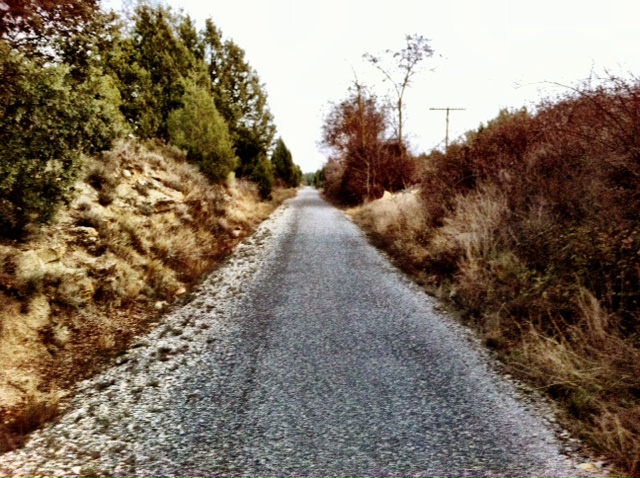 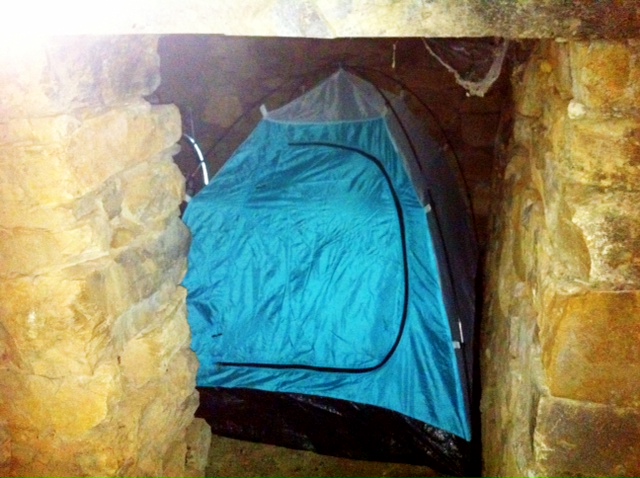 Well, here it is, no expense spared, my luxury accommodation for the night. It’s a little hermit hovel built into the side of a cutting. The modern railway runs about 20 metres behind it so it might be a little noisy if they run freight all night. As I type a two carriage passenger train has just gone past, and whilst it will wake me up, it’s not exactly shaking the foundations! Given that the old and new lines run almost parallel all the way, I’m unlikely to be able to get out of earshot of the passing trains anyway.

My hovel is about 8 feet square and 6 feet high, so enough space to get the bike in and still put the tent inner up. There are some midgey looking thinks lurking near the roof, and going by the cobwebs a fair few spiders as well, so having the tent inner erected should keep them at bay.

The air temp inside feels slightly better than outside despite the fact the sun has only just gone down. So hopefully it will be reasonably sheltered and warm. Feels fine so far, normally dressed with my sleeping bag liner over my legs. I managed to forget to bring my ski trouser liners which a like fleeced track suit bottoms which would have been very useful. So much for planning!

I didn’t make quite as much progress as I hoped. I’ve covered about 50miles and still have some more climbing to do before I get some downhill relief, before a bit more climbing up to the mines. I may not get all the way, but the return should be reasonable. Will need to see what time I get going in the morning and what the day brings. Wish me luck!

So it’s 7pm, I have some Pringles and a San Miguel on the go, alas no cooking facilities but a good selection of tucker, so I think I’m going to settle down to a podcast or two. Would you believe I even have a decent 3G connection! I wonder what’s on the telly?