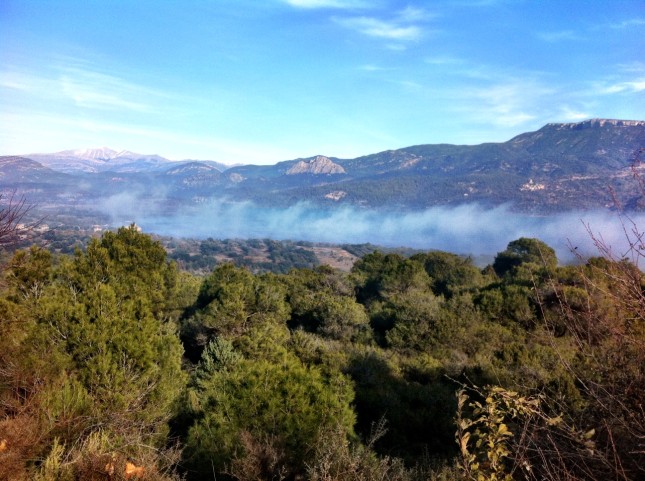 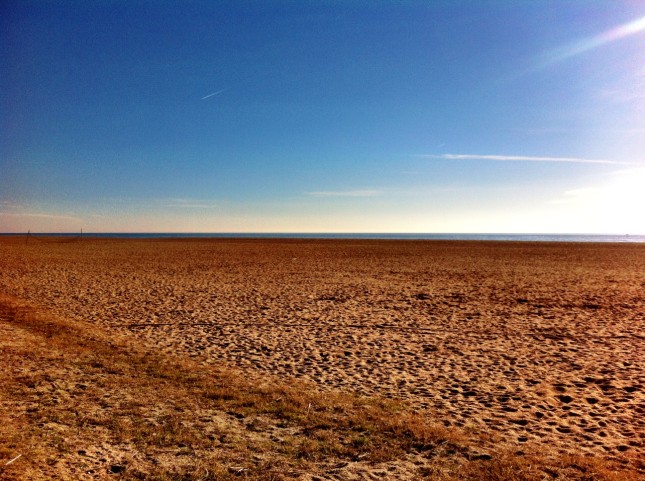 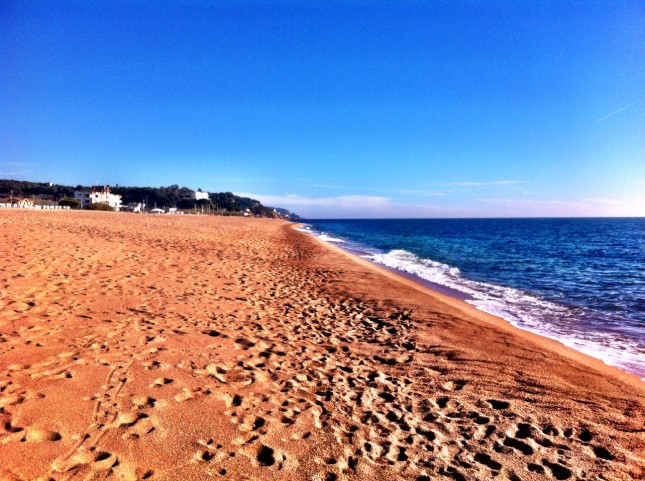 Life was starting to get a bit complicated in the mountains, what with a slight change in the weather, leaky water pump and crap campsites that think it’s ok to charge €25 for a patch of grass and water miles away from the pitch because it’s all switched off for the winter. We had to decide where to go next for an LPG top up, which either meant backtracking, crossing the border to France, or heading south to Lerida.

We opted for Lerida, and despite starting off with sun at and warm weather, as we headed south along the banks of the reservoir the fog on the water quickly started to impede the view. That cleared once past the lakes bit it was overcast by the time we got to Lerida.

We found the the LPG station but were thwarted to find that there was bottles only and it was closed on a Saturday. And that was working from a more up to date LPG list, so I’m starting to think that’s a work of fiction.

As we’d headed out of the mountains we decided to push on to Barcelona and hopefully a warmer coastline. That looked worryingly uncertain as dusk descended and so too did thick fog, but as we neared Barcelona the fog lifted. We managed to find another LPG station on route but oddly put in less gas than we thought. We are not sure quite what is going on there, the gas usage and gauge levels seem to be all over the place.

We stopped the night in Arenys del Mar, a smart town with pleasant harbour. We cheekily parked in a car park on the harbour outside a restaurant and took advantage of said eatery before bedding down for the night, despite the no camping signs. Not exactly the quietest of spots what with bottles being recycled, dogs wailing and middle of the night bin lorries but otherwise we were undisturbed.

We had a nice walk along the beach this morning, so forgetting to adjust clothing to account for the new climate conditions and found it to be Scorchio! We then headed for a supermarket, finding Lidl fairly quickly. Uneventful until leaving the carpark when we grounded the exhaust and it tried to stay behind. I spent 10 minutes wedged under the van reattaching the mounting bushes before we could go on our way. Life wouldn’t be the same without some little daily maintenance issue.

We think we’ve also found a supplier for a replacement water pump so that will be a relief. Will try to collect that tomorrow. Then the burning question will be whether to carry on enjoying the beach and the sunshine, head back to the mountains, or jump on a ferry to Italy!

7 thoughts on “A Change of Scenery, and Temperature”