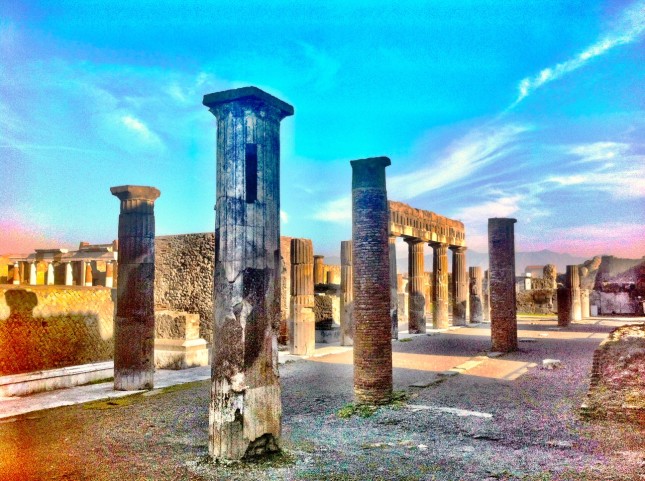 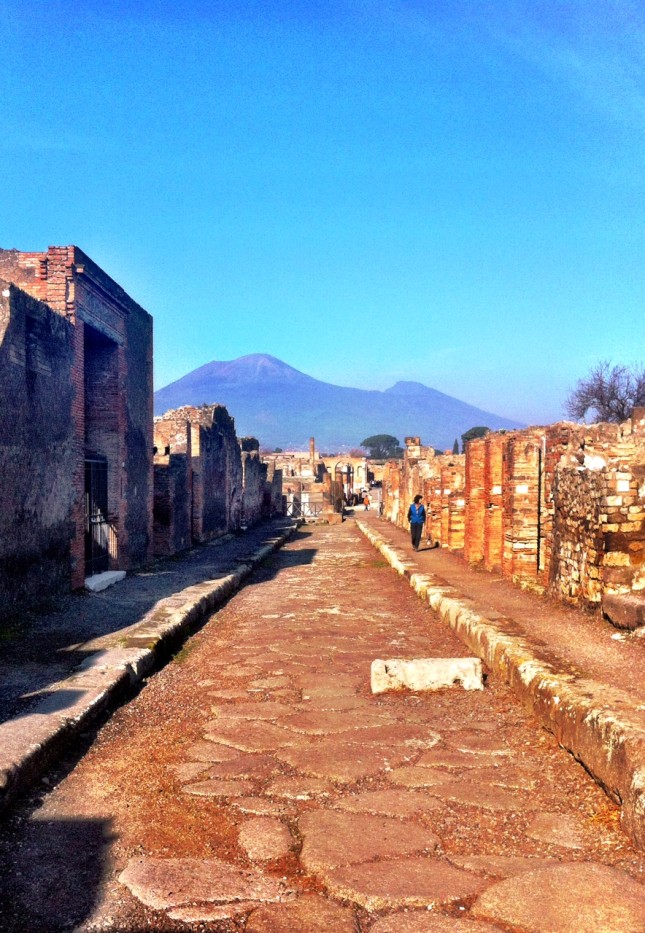 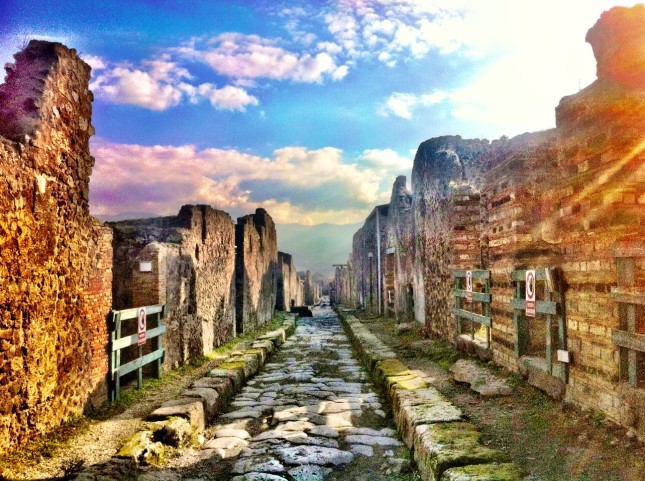 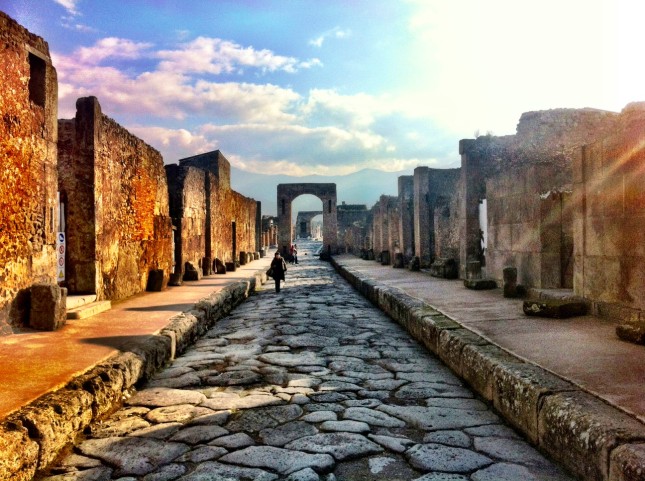 We made it to Pompeii. We didn’t stop for Naples, a sprawling mass of humanity. The campsite couldn’t be more conveniently located, right next to the entrance to Pompeii and the railway station, and not expensive either. We squeezed ourselves into the slightly tortuous site which is littered with orange trees. A bigger van would struggle. There are a few others here for the holidays too, although it seems exclusively Italian.

On Monday evening we decide to walk out to the coast to what appeared to be a marina. Unfortunately the only route was through a busy light industrial area. Calling it a shithole would be unkind to both shit and holes. We eventually found the marina but it was gated off, obviously they don’t trust the locals. We wandered further on to the town of Castellammare di Stabia. The promenade along the front should have been nice enough but the beach, despite showing signs of having been groomed, was literally knee deep it rubbish. Cutting through the town to get to the railway station (we couldn’t face walking back through the industrial area) things didn’t improve. The town was littered with litter.

It’s becoming apparent that either the government can’t afford pleasantries like street cleaners, or the Italians are blind to it. I was going to mention it about Rome but thought it unkind, but this confirms that it’s a cultural problem. Oh, and don’t even try to find a complete, functional toilet – you’ll have a long search. A bowl with no seat seems obligatory and your lucky if there is one working sink.

If Castellammare is anything to go by, Italy is a third world country in the making. Looking at the people you wouldn’t assume poverty, they are for the most part stylishly dressed as you might expect, and the shops have pricey merchandise, but buildings are badly maintained, there’s graffiti everywhere and the streets are often covered in litter. Not a great advert for tourism.

Pompeii on the other hand it pretty smart, despite it being a ruin. It’s a big area, it’ll take hours to wander thoughtfully through all of the streets and buildings. We spent 4 hours and skipped quite a bit but still managed to walk about 5 miles in the process.

The events of 79AD certainly would have put a mockers on any kind of life. From what the archeologists have pieced together, the town was covered with ash spewing forth from Vesuvius for about a day before the weight of ash started causing roofs to collapse on the hapless inhabitants. It would have been over a metre deep by the time the following day when a pyroclastic cloud rush down the side of the mountain at an estimated 70mph, knocking the top sections of buildings off and depositing another couple of metres of debris on top, so only a few bits of building were left poking out. And a lot of dead people.

The Italians obviously do something else on Christmas Eve than go out, the modern town of Pompeii was deserted and just about everything shut, so the idea of an evening meal out was off the cards. Still, always a good excuse to stay in with a bottle of wine!

4 thoughts on “A Christmas Special”