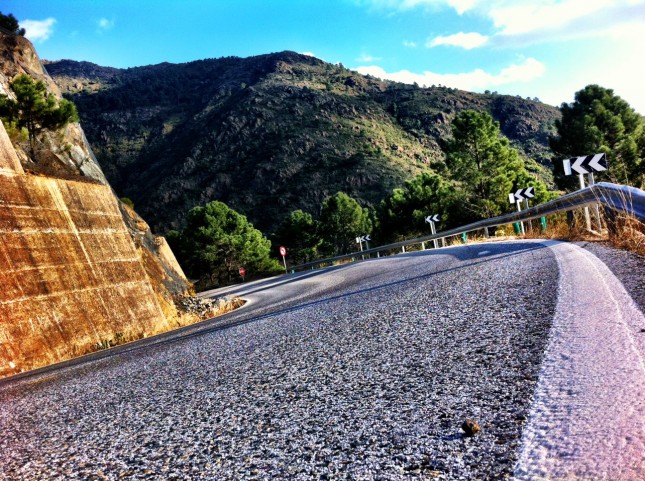 On the move again in search of some sun and sea (steady!). The drive from Humilladero to Ronda was particularly picturesque, lusher than I was expecting and also somewhat reminiscent of Scotland (on a particularly fine day). A mixture of rolling hills, rocky out crops and craggy mountains. Nice for a change to see some wind turbines actually putting in some work.

We failed to stop in Ronda, we had seen it before on a trip to Spain in 2006, and although we ventured towards the town centre, parking was proving problematic and the roads conspired against us, so we abandoned the idea and continued on towards the coast.

We stopped a short while later at a hillside restaurant, which turned out to be a rather disappointing affair. Whilst I can appreciate that Spanish cuisine is best described as simple, this did lack any real imagination. Even the waitress was complaining about how cold the restaurant area was, despite an open fire. 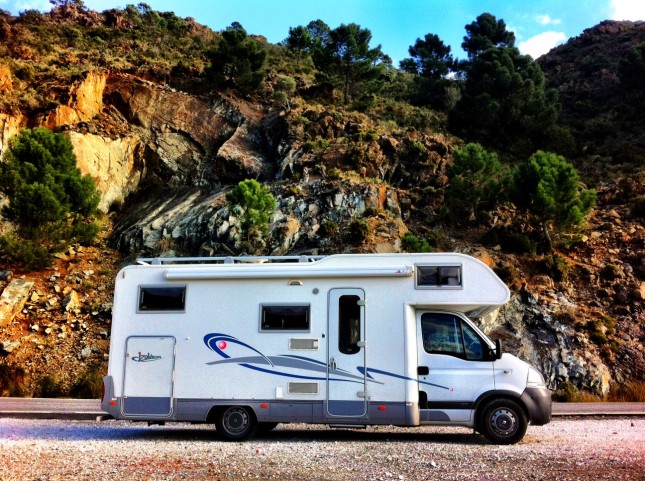 Our Motorhome, Taking a Rest During the Drive Through the Mountains

So whilst fed but not satiated, we carried on seawards. We soon realised that we’d made this same journey in 2006, remembering how interesting the drive through the mountains was, and not being disappointed by the chance to relive it. Ok, in a Motorhome we could hardly put the pedal to the metal, unlike some of the boy racers and motorcyclists that were putting their machines through their paces (although none taking liberties it had to be said), but it was still a fun drive sweeping around the bends, punctuated by frequent stops to try and get a picture of the view. 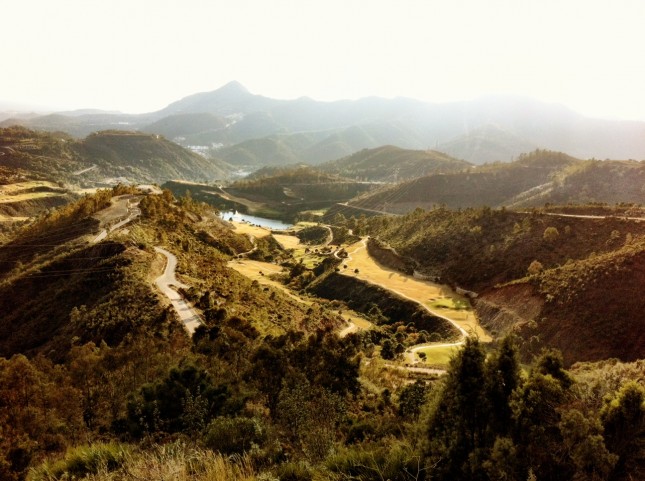 We ended the afternoon by failing to find a wild camping spot we had a note of, now gated off and inaccessible. Instead we went for plan B of a campsite just east of Marbella. It was dark by the time we got here, so l’ll have to wait till the morning to see what standard the place is. Mind you, despite the fairly tight access to the pitches, there are a couple of stinking great RV’s in here (which I know will interest some people)!