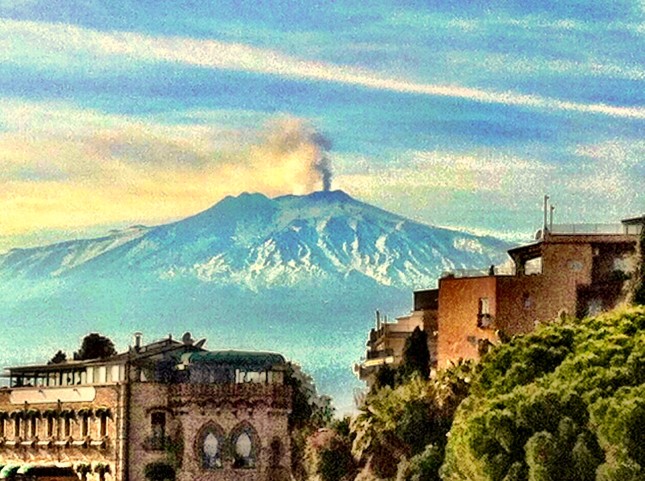 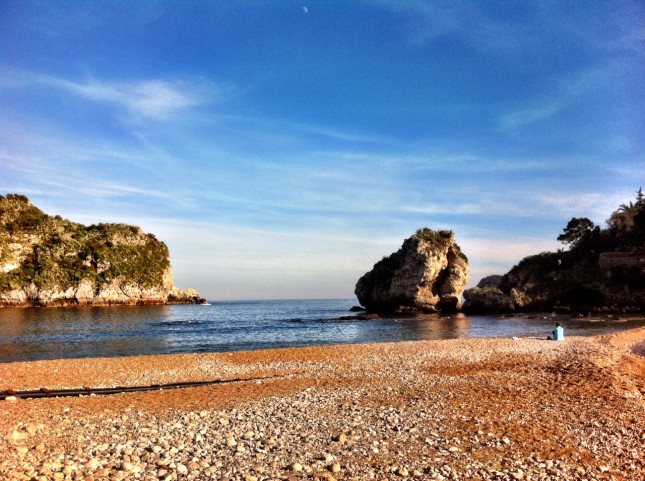 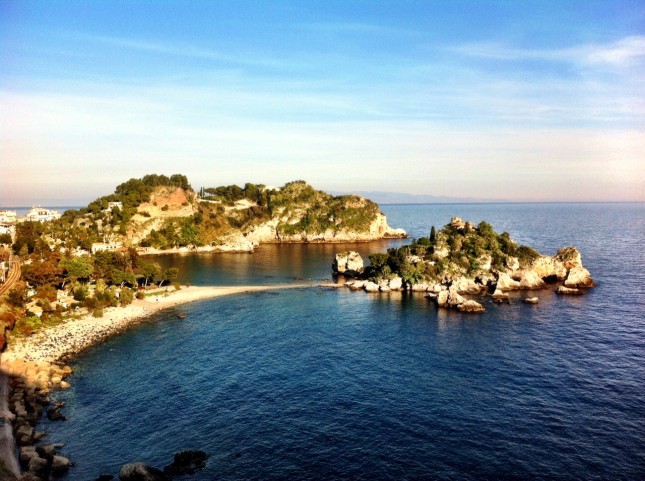 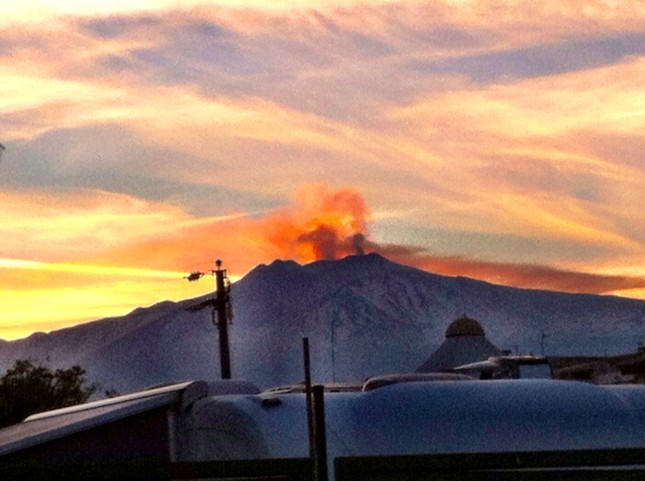 Another sunny day, another change to do a bit more washing, this time the duvet covers got a dunking and we are now caught up on that front. We headed out on foot back toward Taormina, up the hill into the town (done with some pace on my part for its aerobic benefits – made me good a sweaty I can tell you!), and then down the other size of the hill into a pretty little bay in which sits Isola Bella, a pretty little island almost cut off from the land but for a finger of shingle. Clear blue/green waters lapping at the shore, a perfect spot for a picnic lunch whilst listening to the sounds of the sea.

There was a chance of a trip around the coastline, just to the next bay, by some lathario I’m a motor launch who turned up as we were leaving, singing to himself and blowing into a conch shell to get people’s attention (as if the singing wasn’t enough). I was waiting for ”just one cornetto’ but he wasn’t doing requests. We didn’t realise he was going our way, but we enjoyed the walk back around the headland as variation on the over the hill approach, even though it meant walking on the road for some of the way (not that it was busy). We investigated the bus stops but the timetable didn’t make much sense and those shown were hourly and would have taken longer to wait for than the walk, so we walked, only for two buses to pass us no sooner than we were away from the stop.

The exercise was enough to warrant a gelato on the final stretch, and another chance to sit of the rocks by the shoreline and stare at the sea. All very calm and peaceful.

Which is more than can be said for Etna, who no sooner had I suggests it’s malevolent qualities in yesterday’s post, decided to show off a bit. Nothing alarming, but definitely more obvious clouds of smoke than over the last week, enough to get some of the other campers excited and start taking photos, and it sure did look pretty in the setting sun.

4 thoughts on “A Walk to Isola Bella”