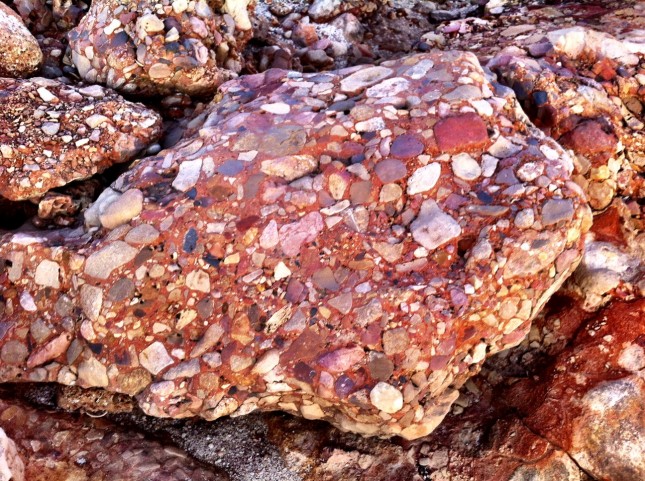 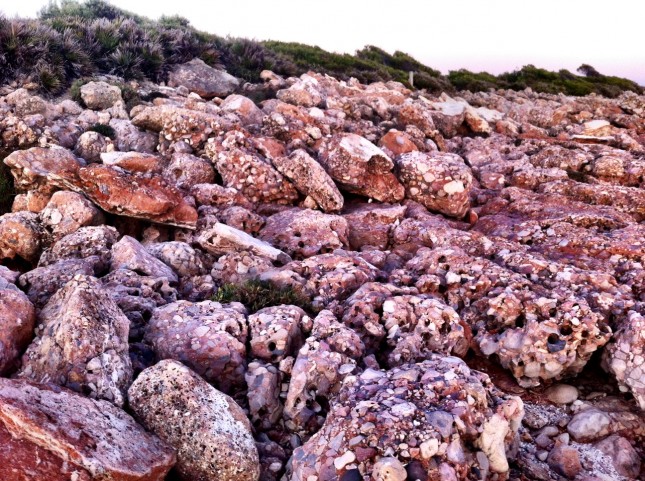 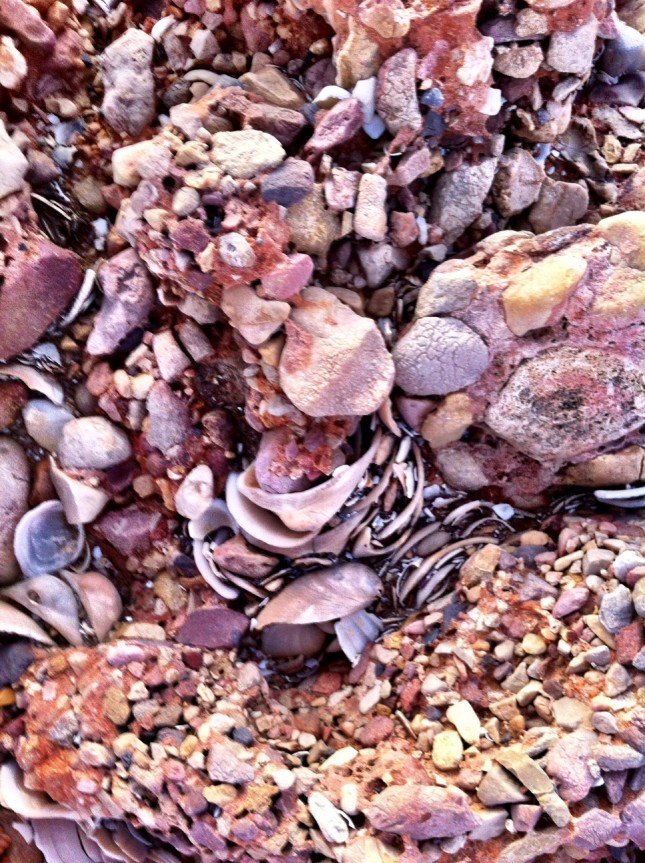 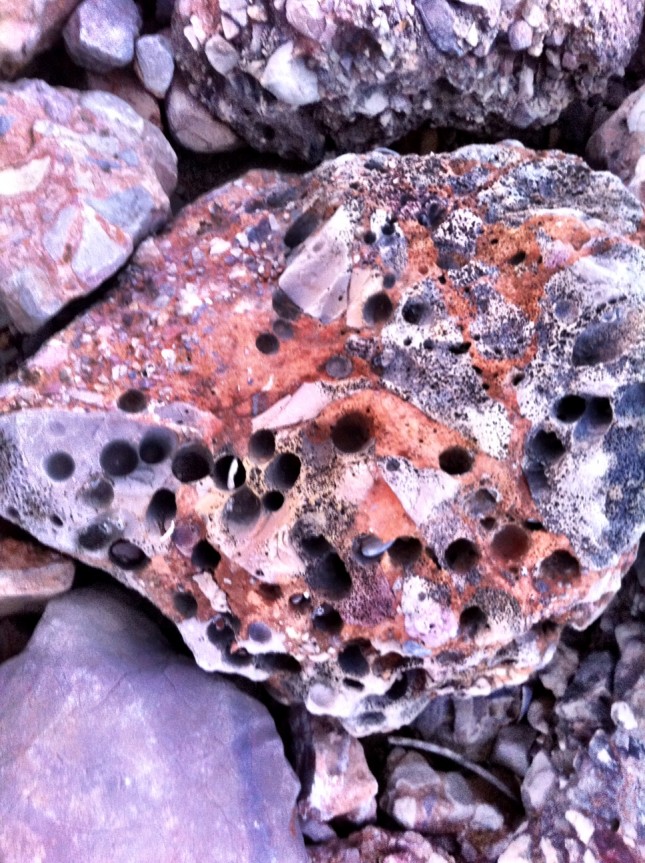 The stretch of coast here that forms part of the Sierra d’Irta National Park has some very interesting geology right along the coastal margins. It’s not evident further inland, but may be just buried below vegetation and top soil, and the hills of the park appear to be mostly sedimentary.

Here on the coast though, it looks like the local builders have been dumping excess concrete onto the beach. There are big boulders of the stuff, containing stones from coin sized up to load sized, all held together with sandy but very hard ‘mortar’. The boulders lie in layers, the top most appear to have been thrown back from the sea (presumably by storms), and lower layers are very large slabs.

The stones contained within show little sign of sea erosion, some, but not a lot. There are also unfossilised shells captured within.

It looks like the product of volcanic activity, but without the usually pumice like stone that you find. Best theory I can offer is that layers of hard rock and limestone were force out of the ground and into the sea, the limestone turning to dust and the effectively being slaked by the sea to produce cement.

Anyone got a better idea?

1 thought on “Any Budding Geologists Out There That Can Identify This?”