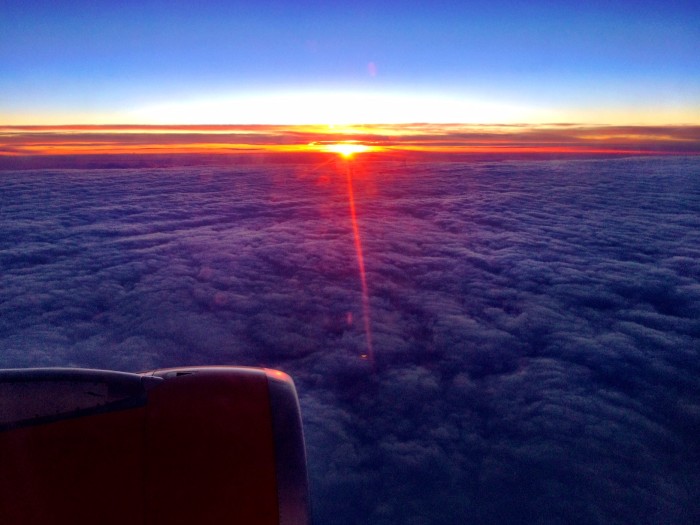 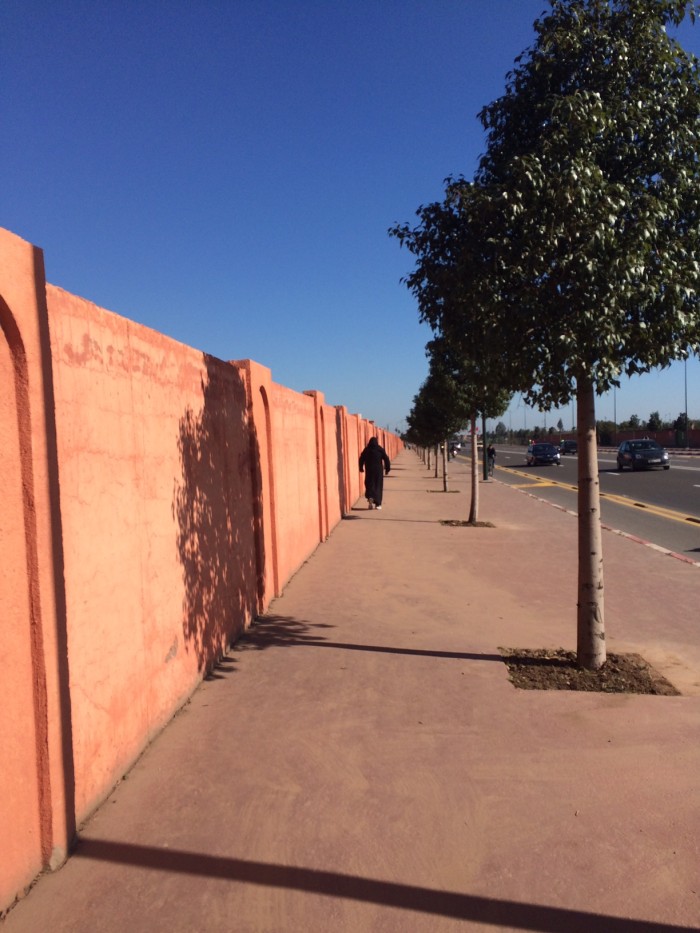 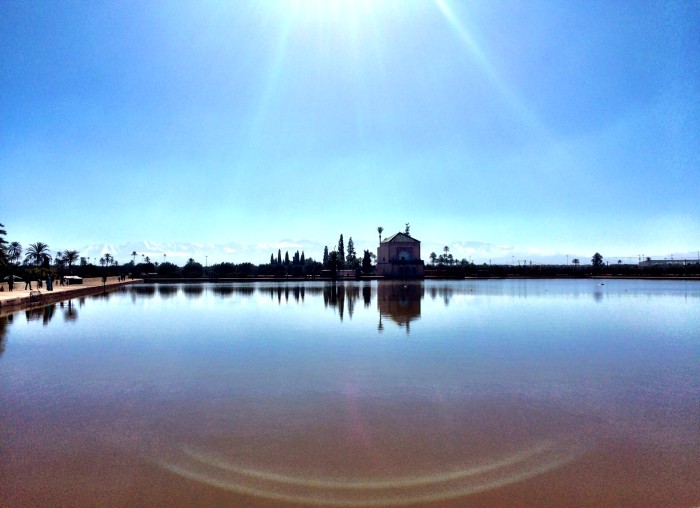 Sparrows fart. The only way to describe getting up so damn early. Probably the most uncivilised part of travelling by low cost airline. I don’t know. The price you pay!

Very pretty watching the sun rise to join us above the clouds. The three and a half hour flight was over quickly, helped by getting 20 minutes early. The airport was hassle free, although they seem to take customs/immigration seriously. No idea what took so many keystrokes to enter into the computer.

We opted to avoid the hassling, rip off taxi drivers we opted to walk into the city, only about 3 miles and some online research had suggested going via the Menera Gardens, one of the cities tranquil spots. I’d seen pictures, but it turned out to be a disappointment, murky dirty water and the building at the edge of the lake/pond was not as ornate as the pictures had suggests. A little over Photoshoping I suspect.

The other picture here shows the latest fashions in Marrakesh for the would be jogger. 22 degrees C might be enough to put you off, but not for this middle aged and amply sized lady, one of many, running in a fleece burka, wooly socks and fleece trousers – probably a wooly jumper under there as well. Nice.