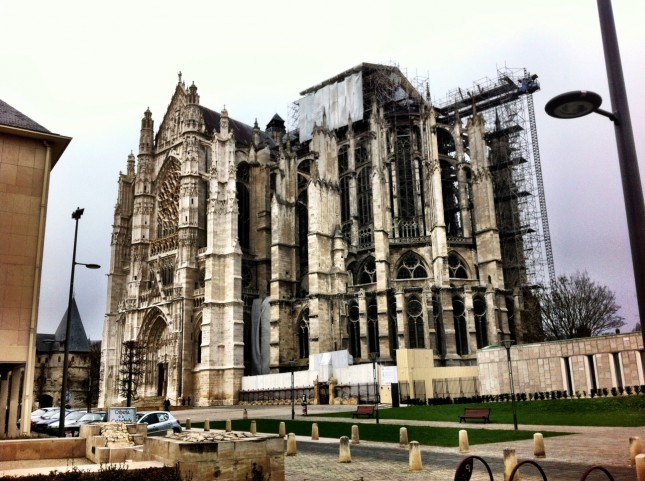 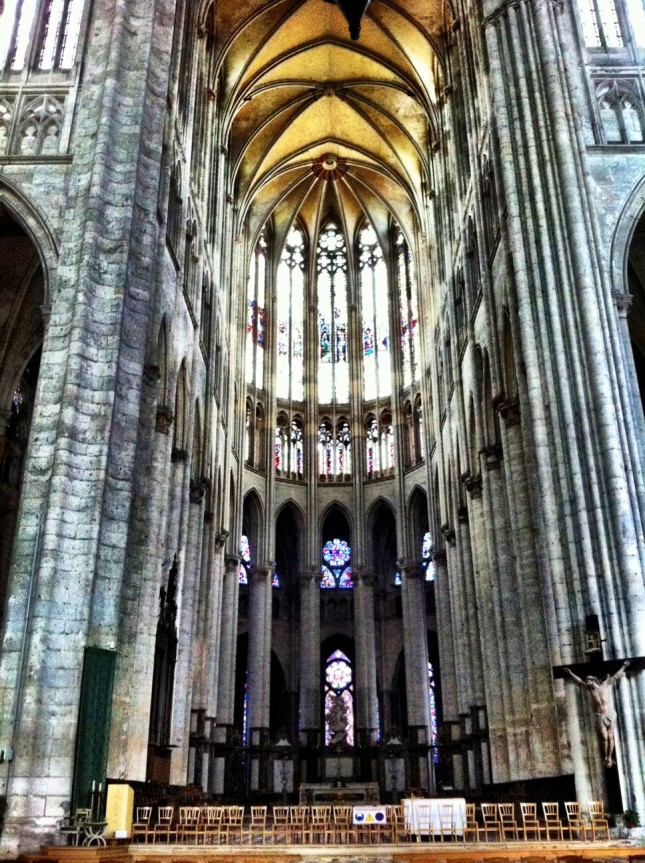 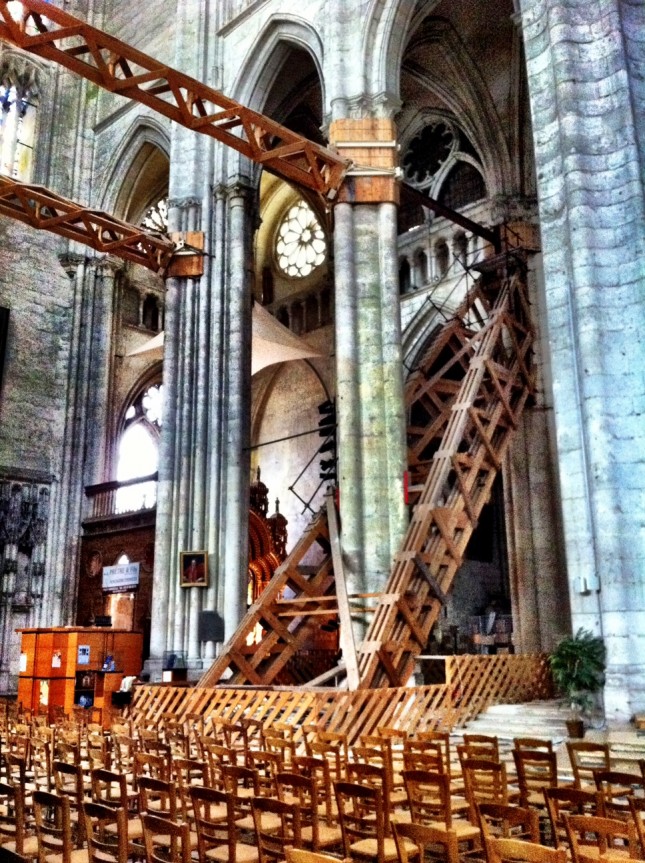 To break up an alternately windy and showery day I stopped off at Beauvais, a town about 80kms north of Paris. According to my guide book, the cathedral was worth a look, as it features the highest Gothic vaults ever built.

The original Carolingian Cathedral was destroyed by fire in 1225, and the local bishops set about specifying a replacement that would surpass anything yet built. They were in part successful, the choir soars to 48 metres, but also unsuccessful, in that it collapsed in 1272 and again in 1284. Such was the problem with the design that they exhausted the funds necessary to complete the building, and to this day it lacks it’s nave. Going by the elaborate timber supports linking many of the internal columns, and an internal buttress, it looks like the cathedral is still wanting to adhere to the laws of gravity rather than divine intervention.