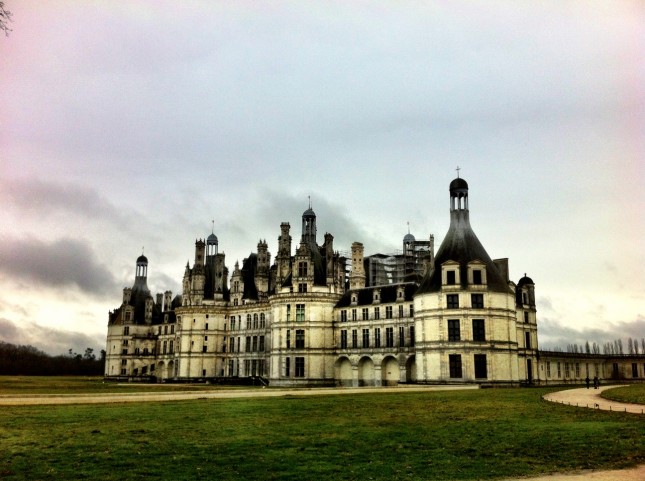 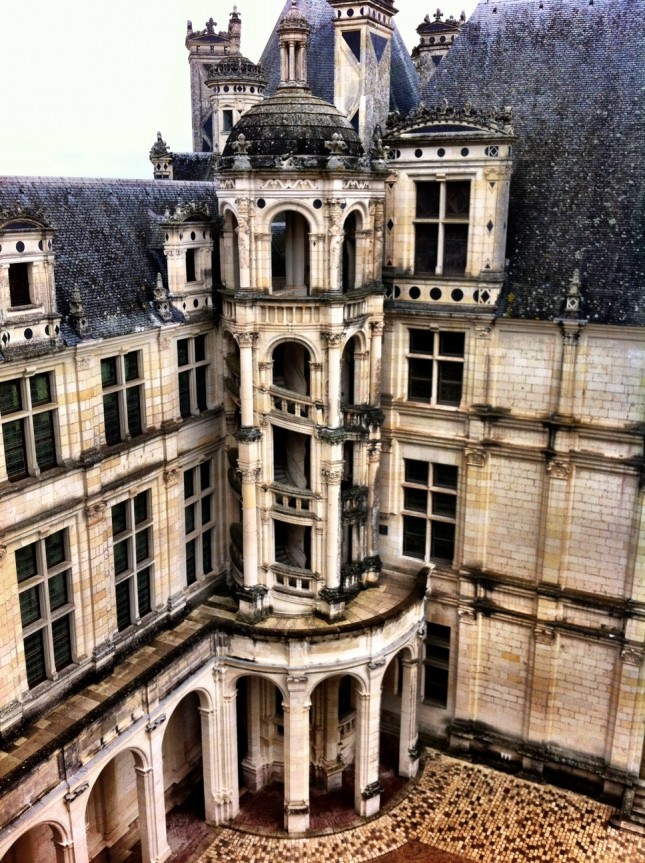 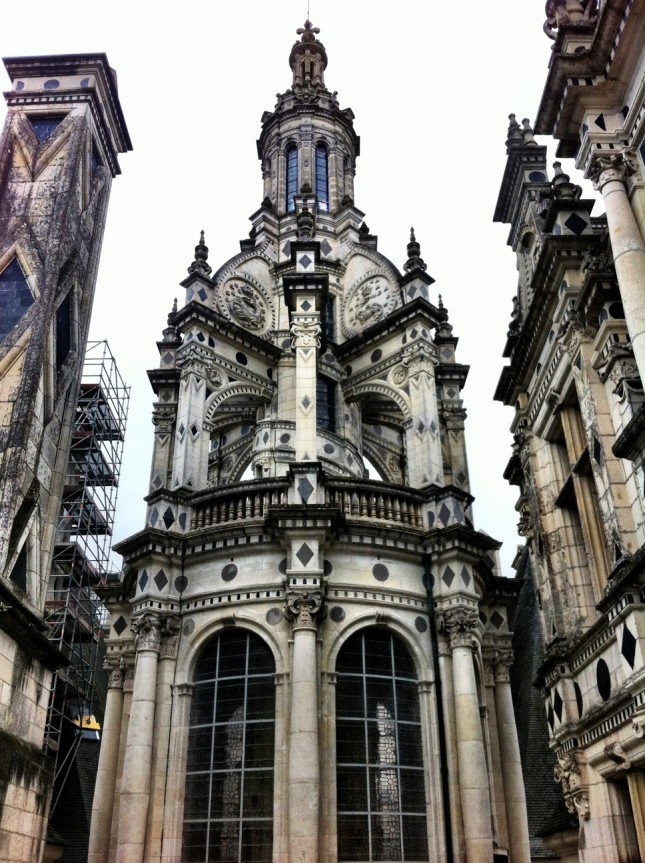 Today was Chambord’s turn to continue the tour of the chÃ¢teaux of the Loire Valley. As I was in Blois I took a quick walk around the corner from the Aire to see what it’s chÃ¢teau had to offer, and decided that I could save that for another trip. Whilst certainly an impressive building, it’s a bit hemmed in by the town and so not very photogenic, and I suspect the full internal tour would be needed to do it justice.

I must admit I never even realised it was there. Down by the bridge I recognised a restaurant that Jones and I had lunch at whilst cycling the Eurovelo 6 last year. We didn’t venture into the town – we probably didn’t even realise that it was Blois, just content to get a bite to eat and continue the journey. I seemed to remember that day being overcast and threatening rain too, much like today.

So, off to Chambord. Set in an estate of 5440 hectares (a size equivalent to inner Paris), King Francis I commissioned the building in 1519 ostensibly as a hunting lodge. Influenced by a military campaign in Italy and his experiences of the architecture there, he set about turning his doodles into reality.

The chÃ¢teau today is a donjon (keep) flanked on three sides by an outer enclosure. At conception it was just the keep, modelled in layout on earlier medieval principles, but in ornamentation borrowing from the Italianate architecture that he had fallen in love with.

The keep is extraordinary, based around a central double-spiral staircase set in the centre of a Greek cross forming the central hallways. These hallways are very plain in design, perhaps taking their clues from the medieval look, and the staircase dominates the central cross space. The two concentric staircases are intertwined around a hollow core, such that two people, each taking a separate staircase can see each other without their paths crossing at any point over the four floors. It’s easy to imagine lovers chasing each other up and down the stairs!

The keep’s cross formation is completed by circular towers at each corner to create the familiar medieval exterior shape, but it is decorated in the Renaissance style with terraces, pilasters, cupolas and mouldings completing the facade.

Not content with the design, Francis specified the addition of the outer flanking structures into which he moved the state rooms. During his 32 years as monarch, he only visited for a total of 72 days, and died before it was completed – that task performed in part by his son Henry II and Louis XIV after him.

I must admit I had to give up trying to take photos of the place. It’s pretty darn big which ever angle you look at it. I spent a couple of hours wandering the corridors, although don’t think I managed all 77 staircases, 282 fireplaces and 426 rooms (not all open to the public as far as I could tell).

By the time I was finished, I was pretty much shattered, or should that be ChÃ¢teau’d? Enough chÃ¢teaux for one trip though. I decided I would abandon my intended plans of driving onto Versailles as Monday’s itinerary, that might be one chÃ¢teau too far.

Instead I spent a leisurely afternoon trying to avoid the showers and enjoying views of the Loire, before setting off north to Chartres. From my guide book the cathedral looked to be worth a stop, but try as I might I couldn’t find any parking. Nearest Motorhome friendly parking was about 2 miles out of town which I decided was not good on a showery day. Everything vaguely near the town was either underground, height, length or width restricted. Not at all the place for a Motorhome. So I eventually gave up and headed north in search of an Aire for the night. Even those seem to be in short supply in this area, but I found one just as the heavens opened, and I was able to sit and enjoy a nice cup of tea whilst the rain streamed down the windows.

Not sure what tomorrow may bring. The forecast is for heavy rain the closer to the coast I get, and I’m hoping to get a bike ride around some of the WWI memorial sites. I shall probably just wend my way and see what I find!