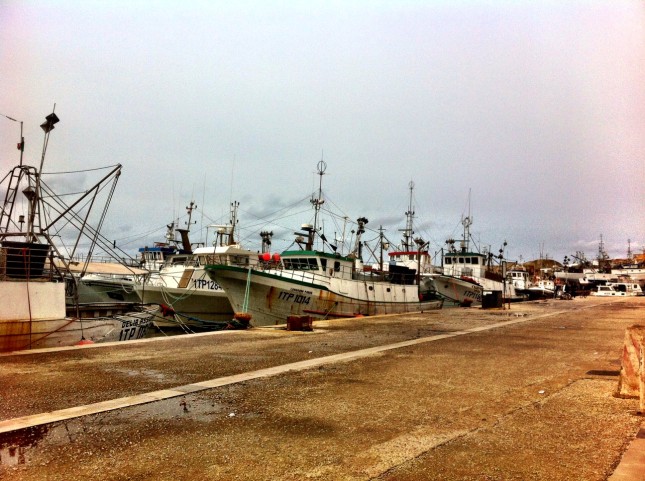 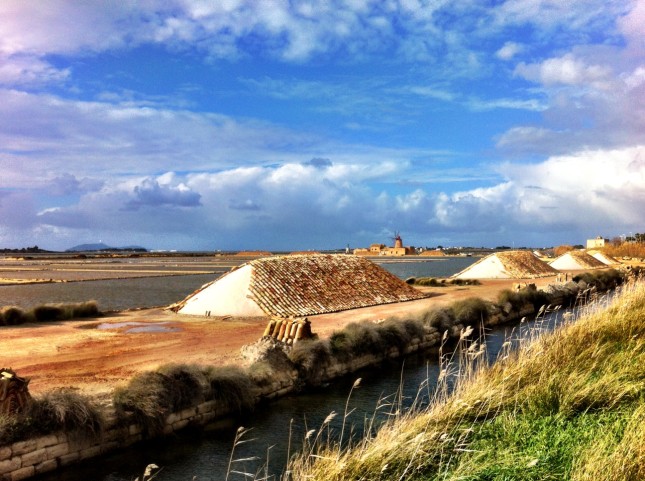 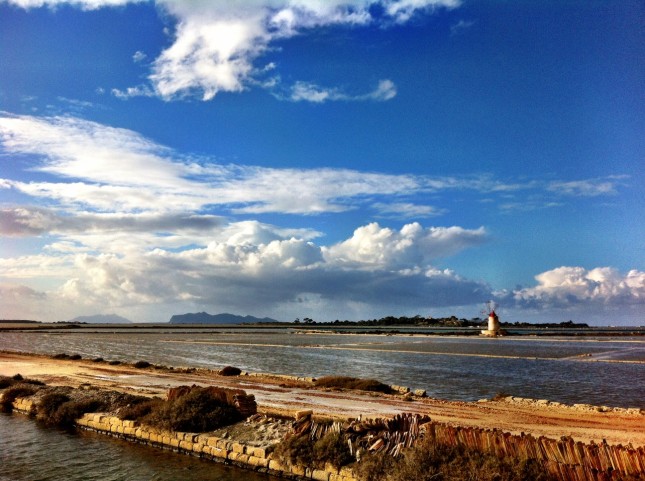 We’ve now rounded the corner onto the west coast of Sicily, and the approach was pretty blustery. Things calmed down on Saturday morning enough that we got the bikes out and cycled the 10 miles into Marsala for a look around. A very pleasant ride, partly on an earth road right along the edge of the sea, and the rest of a relatively quiet road, also right next to the sea, into the town. Some nice architecture there and we sat and drank coffee and ate cakes in what sunshine there was, even though it was quite cold.

We got back to the van mid-afternoon, and just in time, as it then proceeded to rain non-stop for the next 36 hours. Mel rashly put some washing out just before the skies opened, so it sat on the line throughout, which was probably useful as the washing machine at the campsite was not very well and whilst it went through the motions, failed to do much more than dissolve the soap tablet but not actually rinse anything off. Still, by the time it had stopped raining it all looked pretty clean, and the couple of hours this morning before we left of blustery weather was enough to dry it all too.

We worked out way a bit further along the coast to a place called Mozia, which is a small island in the middle of a lagoon, apparently Sicily’s largest lagoon. The island was once a Phoenician city about 2,800 years ago and has a causeway just below the level of the water which allowed chariots to come and go. The lagoon is used to make salt, vast shallow beds filled with water than evaporates in the sunshine. At least there was sunshine today, but still with a blustery wind, I didn’t see much evaporation going on. We walked a couple of miles along the shore around the lagoon in the blustery wind and then turned around and made our way back to the van.

We only continued along another few miles before finding a nice spot to park, overlooking the sea and out towards the few small islands off the western end of Sicily. The intention was just to stop for a cup of tea, but lethargy set in and we are now here for the night.