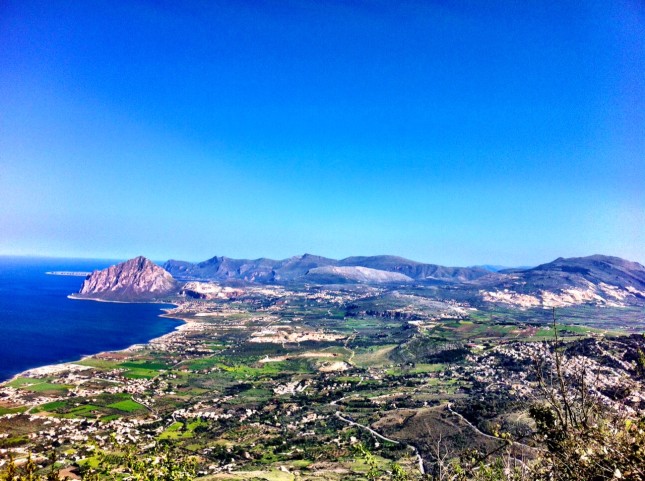 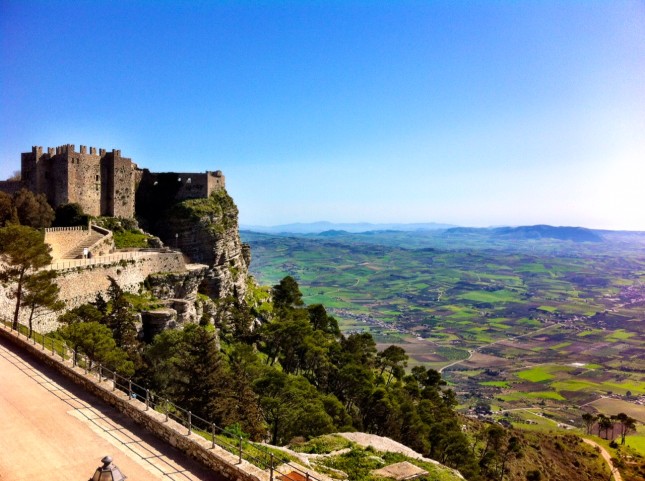 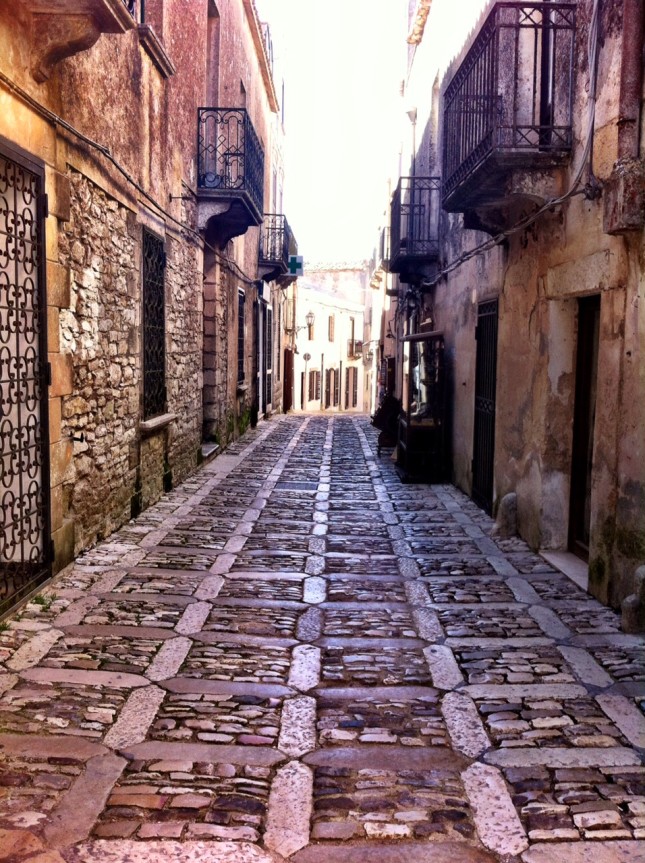 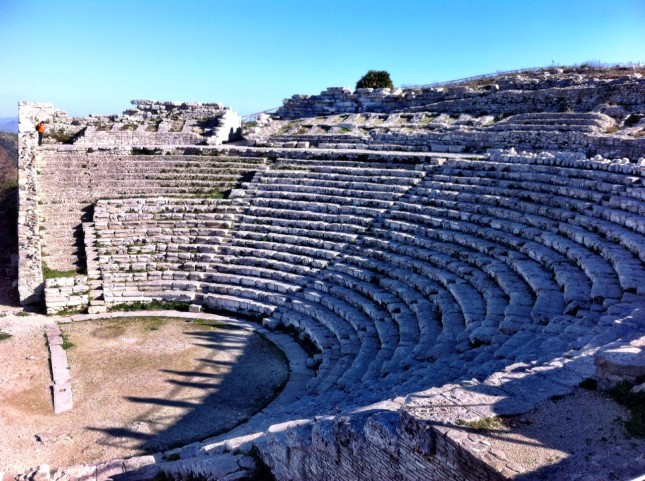 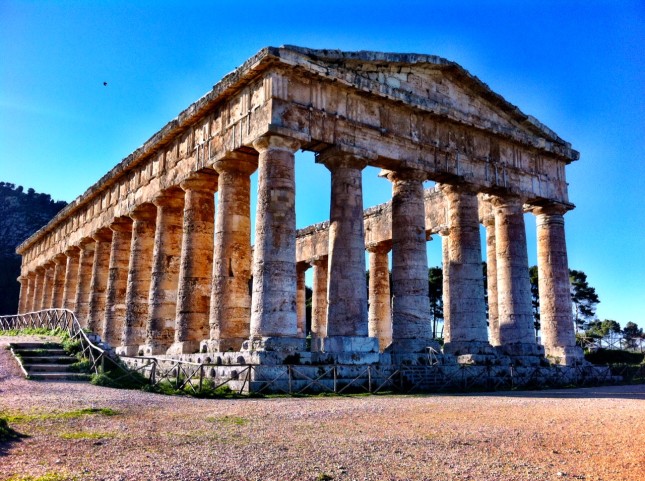 We extracted ourselves a day early from San Vito Lo Capo to head towards Palermo for Mel’s flight home. As we’d skirted around the town of Erice on the way into the area, we decided we should pay it a visit on the way out, especially as it was a bright sunny day. Erice is a medieval town perched on top of a dramatic hill. Lots of hairpin bends to get up to the town, and we were able to park right outside the city walls. We wandered around the streets, looking for a discernible centre, but never really found one. A few touristy streets and the obligatory look out points, the rest a maze of cobbles. Those views were worth it though, stretching north over the San Vito area, and south over Trapani and all the way to Marsala in the south.

As Erice is only a small town, we didn’t feel the need to linger longer, and so headed east to Segusta, another site of Roman and Greek ruins, replete with Doric temple and amphitheatre. These get so passÃ© after a while, I can tell you. The temple and the theatre are the only really discernible parts of the site, the main square was only partially excavated and a handful of other small houses and bits of street, but mostly you were looking at rocky hillside. But unlike some of the other sites, this was on a steep hill, so we got a good workout walking around the place, unlike the other visitors who took the lazy option of the minibus to get them up and down the hill. Which probably explains the shape of some of them!