There I was this morning, sitting in bed reading the news, like you do. I was aware that there was a little spider, no bigger than a 5 pence piece lurking on the valance above the window, but I’d already decided to ignore it until I got up. But then [I read this story about a school closure in Gloucestershire](http://www.bbc.co.uk/news/uk-england-gloucestershire-24623652) which made me look again. After closer inspection and tossing the little bugger in a glass, I was able to get a good enough picture with the iPhone to have a good close inspection. 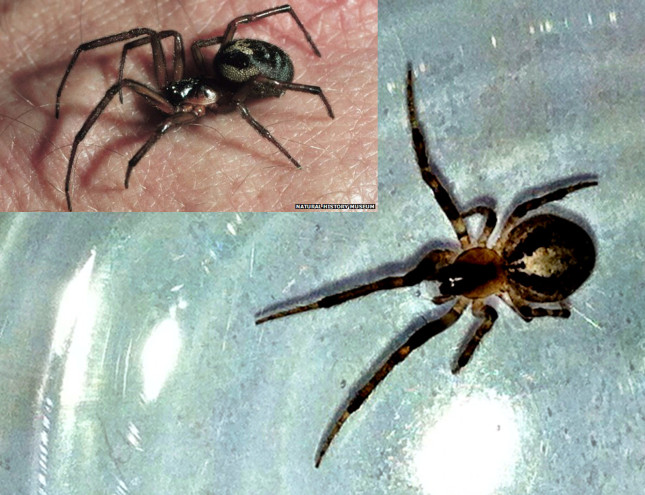 It certainly looks a lot like the image and description (size, colour, markings), and is alleged to be Britain’s most venomous spider, but then that may well be the case, but it might not actually be venomous in the terms that tends to conjure up. Now given that the reference picture from the Natural History Museum clearly shows a human holding the thing in its hand, its hardly likely to be too troublesome, but there there reports of people suffering problems as a result of a bite, so one good reason to keep clear.

This one was taken a suitable distance from the van and released into the wild.