Thursday night turned into a sleepless one, as a rather unforecast gale blew through the Costa Tropical. No rain, just a howling gale. The trees next to the van were constantly thrashing against the sides creating a racket, and at 4am our neighbour started leaping about outside. Fortunately someone leapt to his aid before I could even think about getting out of bed – some branches had fallen onto his van, but no damage done.

So we didn’t get much sleep, and by morning I was knackered, not helped by a bit of a Guinness head from the night before. As the wind had then died down, I slept in for a couple of hours to try and make up for it, which worked a treat.

It was then time to pack up – the rest of the camp getting back to normal having cleared away the debris. Out in the town the council workers had quickly got to work and cleared up the assorted broken ferns and palm trees and by the time I went to the cashpoint at midday, all was back to normal. 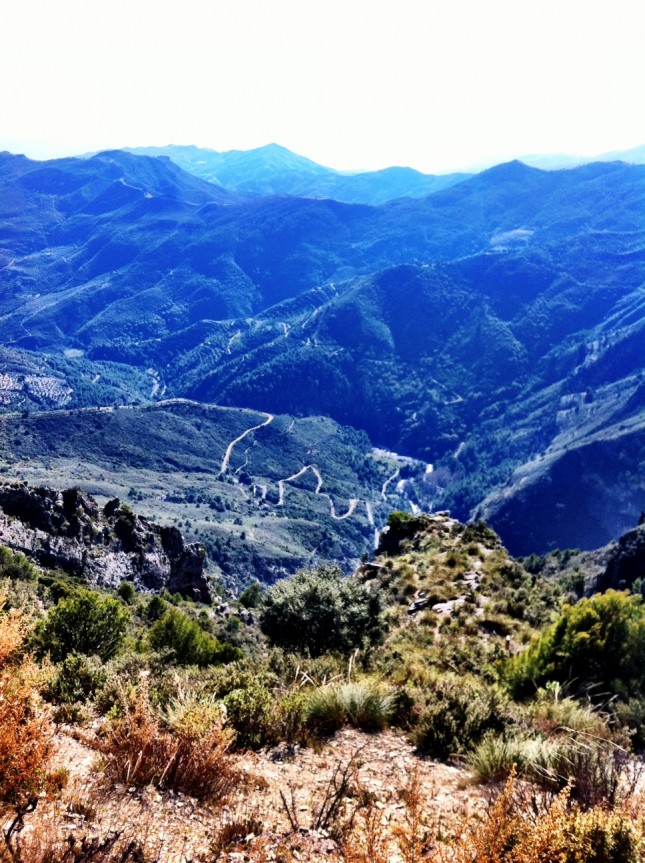 Off towards Granada for a couple of days, and possibly to use it as a base for getting into the mountains for a little skiing at Sierra Nevada. We opted for the scenic drive through the Alpujarras hills north of the Costa Tropical, passing through the towns of Jete and Otivar, then upwards for what seemed like long enough to reach the moon through a wonderfully dramatic landscape. It really was the scenic route! 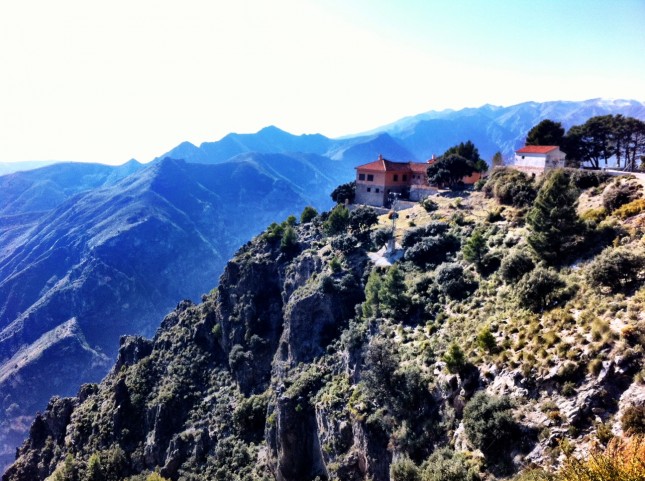 A Dramatic, Hill Top View, Reminiscent of a Far-Away Monastery (it was a Restaurant) - near Otivar, Andalucia

Once we crested the summit the landscape instantly changed from steep gorge and switchback roads into a soft rolling plain. A little snow sat in the hollows of this north facing slope and the landscape opened up to reveal Granada in the valley below, and the Sierra Nevada mountains soaring skyward and coated in a meringue like crust of snow. Still a somewhat windy day at altitude, you could see snow being whipped off the summit. And we are now close enough to be able to make out the lifts and pistes. 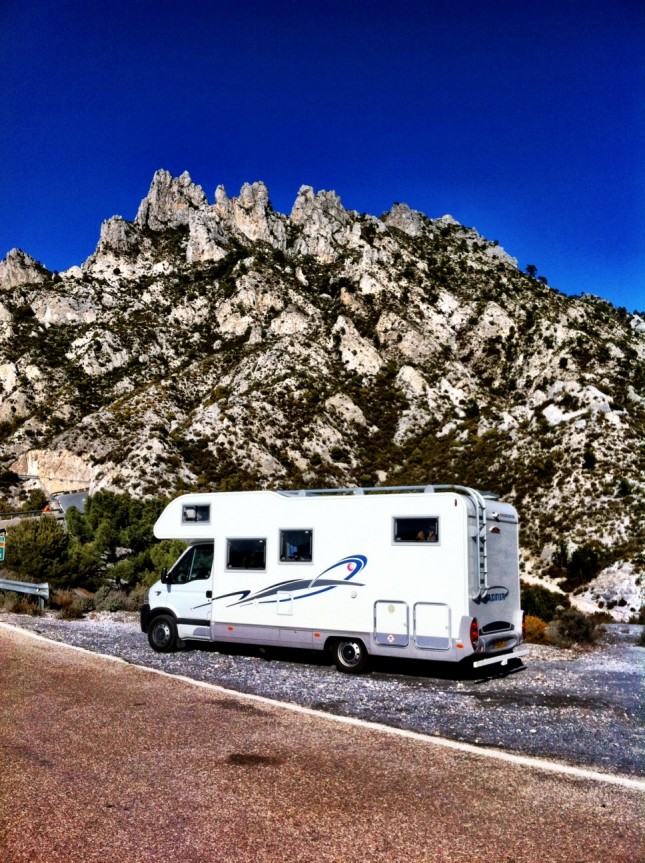 Our Motorhome, taking a breather after an exhausting mountain climb - near Otivar, Andalucia

Our campsite is just on the outskirts of Granada in La Zubia, a short walk into the city or there is an hourly bus. I suspect the walk would do the legs good, as they probably haven’t had enough exercise in preparation for skiing.

The temperature is markedly different from the coast. Notwithstanding the fact that all of Europe is in the deep freeze at the moment, the coast dropped about 5 degrees over night, and we’ve easily lost another 5 degrees on reaching Granada. The scarf has had to come out for the first time. Friday nights forecast is for a low of -8 degrees, so for the first time concerned about the water tanks freezing, or the water heater tripping it’s dump valve. As a precaution, we heated the water before bed and all seems to be ok this morning. The electric heater is barely keeping the van comfortable, but we’ve only got a 6 amp supply so can only have it on its lowest setting. A quick blast with the gas sorts it out though.

So the plan is to go for a wander around Granada. We’ve seen the Alhambra Palace before so will probably skip that, and there is some clothes shopping to be done, as I need a couple of things to complete the ski outfit, or I shall freeze. Luckily the forecast is better from tomorrow with daytime temperature getting close to double figures on the mountain.

2 thoughts on “Goodbye Sea, Hello Hills – The Road to Granada”