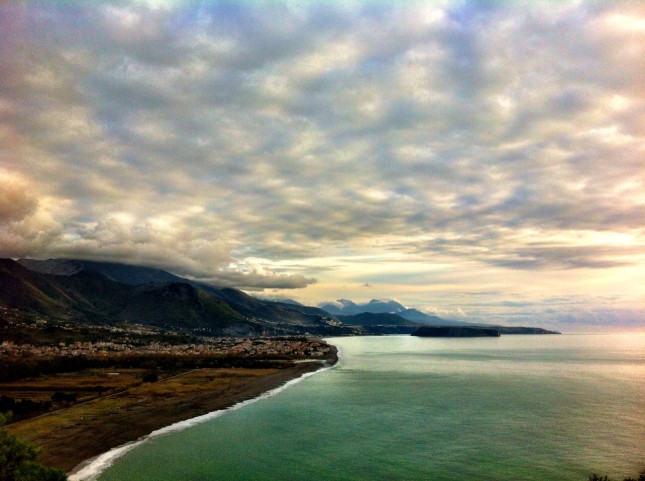 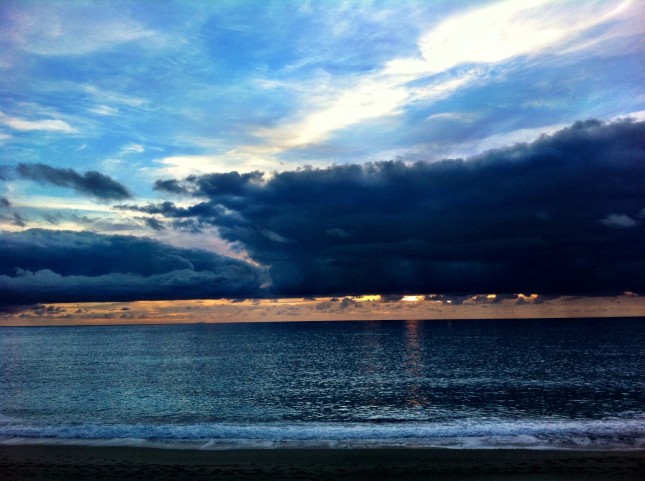 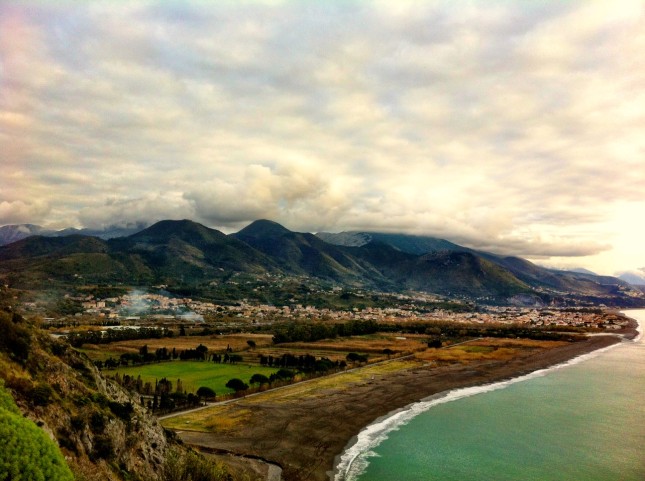 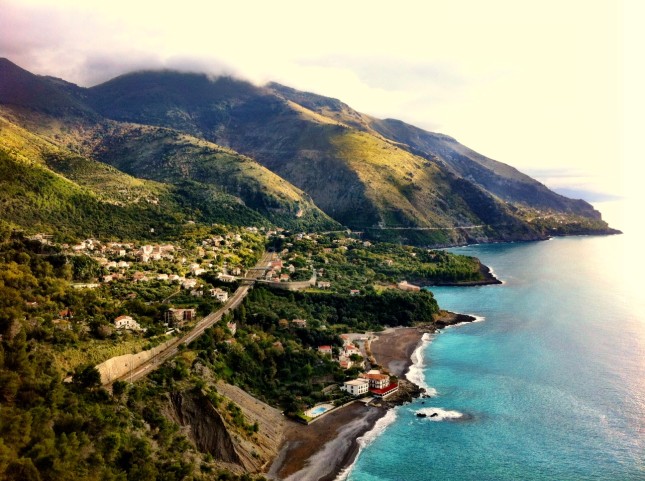 Little to report over the last couple of days as we’ve been trying to get some miles under the belt (or should that be kilometres?). Travelling down the west coast there was some nice cliff edge drives, you know the sort, the road clinging perilously to the edge of the mountains that plunge down into the sea, and your trying to keep your wits about you so that you don’t do the same.

As the coastline flattened out, we headed inland to the Parco Nazionale della Sila, a hilly region that promise the possibility of skiing. There were a couple of ski resorts on the way up through the mountains but our destination for the night was a campsite on the edge of the Largo Arvo, a large reservoir. Alas, no snow or skiing in the immediate vicinity, although there was some snow dotted around slowly thawing out. The campsite was a bit odd – probably nothing more than the slightly deserted feel of the place on a damp day in December, I’m sure its lovely in the summer, but on this day both Mel and I was wanting to ask the owner if he would be serenading us from the porch of his cabin with a banjo, Deliverance style! And then a large contingent of Italian campers descended on the place, spent ages trying to park as close as possible to us (weird considering it was a 200 hectare site, so not exactly pushed for space), and then we could settle down for the evening.

Deciding this wasn’t going to be the best place for New Year celebrating, we moved on this morning, heading out of the mountains for the coast again, this time into the ball of Italy’s booted foot. The day has been grey and wet, and the drive not helped by, for the second day running, heading along a road that turned out to be closed due to a landslip. It’s pretty evident that the Italians have ceased spending any money on the roads, the quality is generally awful, and as in this case, sometimes non-existent. I could be charitable and suggests its something to do with the underlying geology, but its been the same since arriving near Rome. There are some new stretches of road and junctions, but you get the impression thats because there is an EU regional development grant, not because they felt like trying to fill in the potholes. It’s not unusual to have to straddle the white line in order to find a part of the road that we wheels can pass over that won’t shake the suspension to bits.

Our residence for the night is a campsite near the coast, but it might as well be Skegness. The place is deserted, its still raining, and they want €50 for the ‘special’ evening meal which seems to consist entirely of meat and pasta, which causes issues for both of us, so we’ve decided to stay in, watch a couple of films, and enjoy a nice bottle of wine, or maybe two.

If you look carefully in the picture of the sea and clouds, you can just about make out the peak of Mount Etna on the horizon (about 1/3rd of the way from the left). Only a small dot as far as the camera is concerned, but as we descended out of the hills it was pretty bloody large on the horizon, considering we were still a good 150 miles away at the time. That’s one big party firework – I hope no-one tries to set it off tonight, but the rain seems to have dampened the Italian’s enthusiasm for pyrotechnics so far. Oh, and then on goes off just as I type that! Typical.

Whatever you are doing, wherever you are, and whoever your with on this lovely evening, enjoy the end of the year, and bring in the New Year in style. Have a great one!