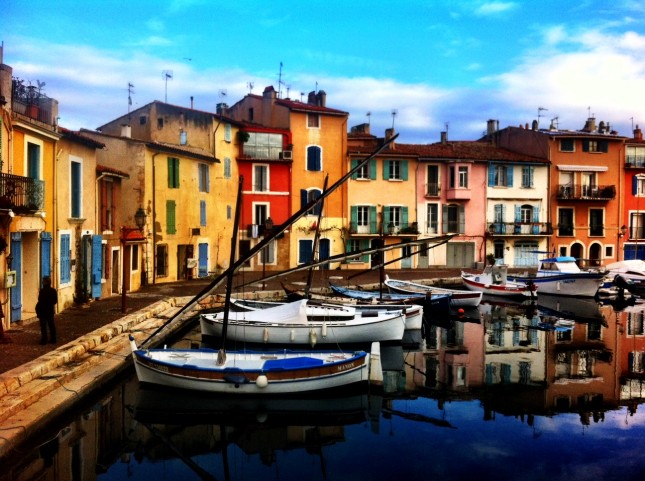 After 5 days in the same spot, I didn’t think there was much hope for getting the van moving, but this morning it became essential as we ran out of LPG just before breakfast, so no morning cuppa, and no shower (not having a cold one thanks!).

The search for LPG was then a little fraught. I’d spotted that the local Leclerc supermarket had LPG the other day whilst out riding, but not noticed that the canopy was only 3m, and we need 3.2m for the van. and no other way of getting to the pump (usually you can park alongside, but not this one). By the time we’d shopped, we decided to abandon our planned trip to Aix-en-Provence for the day, and headed for Martigues instead, just to the south of where we are staying. 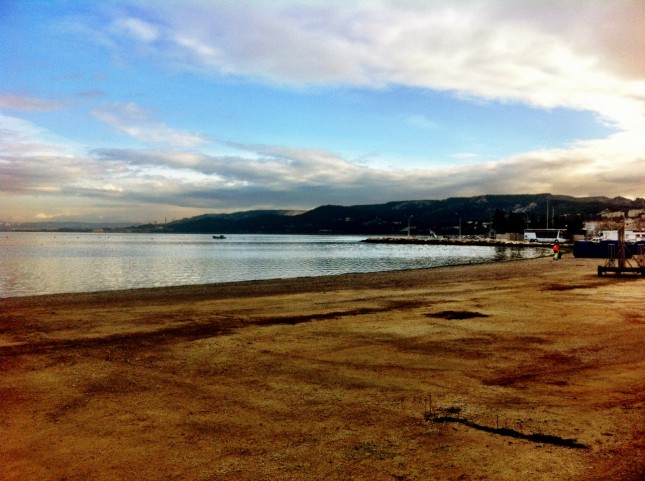 The second petrol station was rammed and out gas bottle is often on the wrong side of the van for the pumps – so far more often than not I’ve had to reverse into the forecourt to get the door next to the pump, but in this station which was heaving with Christmas shoppers, there was not much chance to turn around. So we got Diesel and then moved on.

Third time lucky as they say, and we filled up without drama. Christmas has obviously kicked in this week – the supermarkets are rammed, even in the middle of the day on a Tuesday. It was like wacky races as I waited outside one supermarket whilst Mel went to get the overlooked coffee and pudding for this evening.

On the LPG front, we got 36 litres into the bottles, close to the 40 litre capacity. We’ve been having a bit of an issue with one of the bottles which doesn’t seem to deliver as much as it should. We’d already confirmed that the second bottle was giving about 20 litres from empty, so we ran out about a day before I was expecting it. We’ll run the first bottle to empty again and refill – mind you, we stand to be in Spain then and finding LPG there can be a nightmare as there are very few stations, so it will probably be a case of top up whenever possible.

Martigues was quite charming though, with a small harbour in the middle of the town, and some lake front onto the Etang de Berre, with the sea and Marseilles not all that far away (though not visible from here). Not very good cake shops though, had to put up with a custard tart!