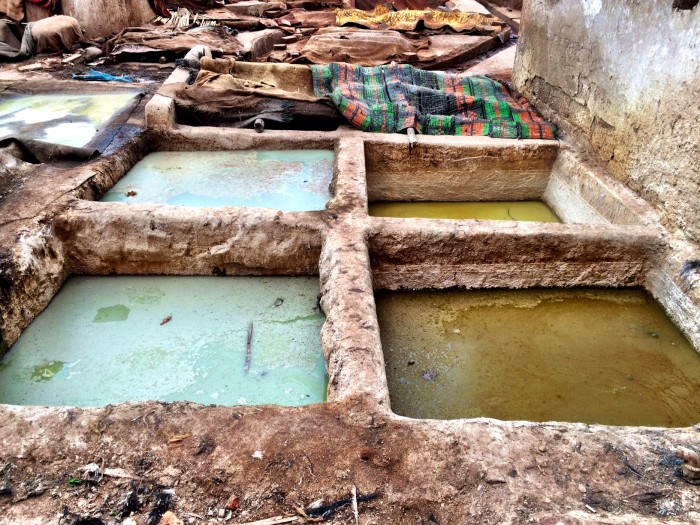 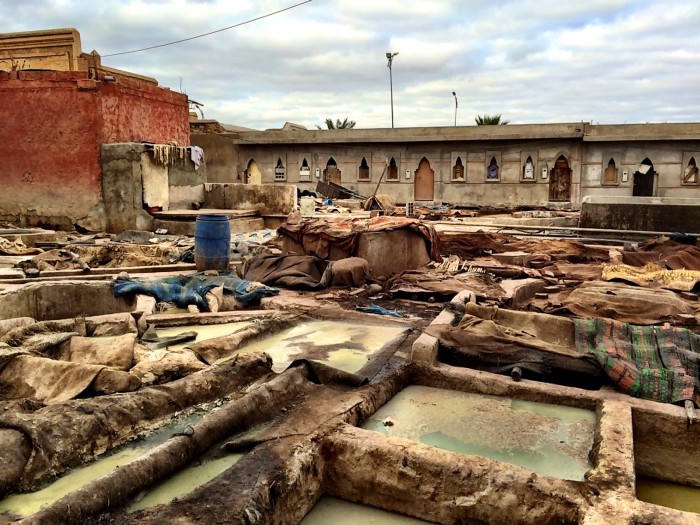 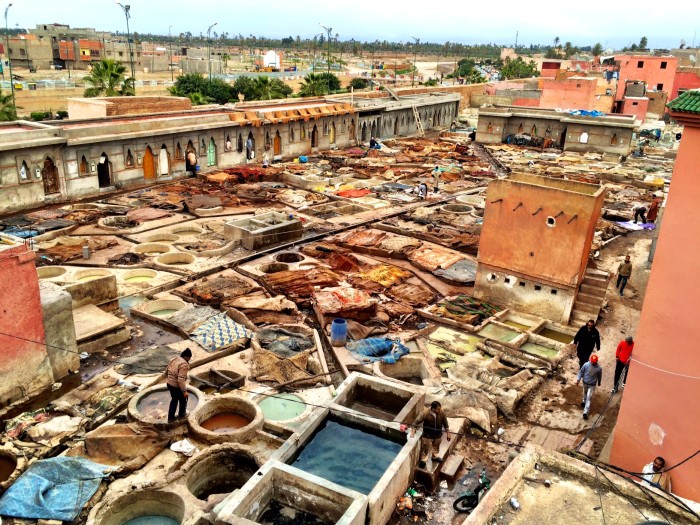 Now here’s a job with prospects. The prospect of not standing in shit and urine, going home, and having a shower. Except that’s probably not going to do it is it?

These are the leather tanneries in Marrakech, still operated in the age old fashion of soaking the skins in piss and pigeon shit for a month to soften the leather.

If you look closely you might be able to see people standing in the vats. Even if they are the rinsing tanks, that’s still got to be one of the worst jobs you can do.

We also got the most persistent of ‘guides’ who only mentioned that we might like to make a contribution after we had declined to purchase anything from the shop (at no point was a visitor fee mentioned of advertised, we didn’t even ask for a guide, he just talked at us). He started by asking for the equivalent of Â£30, for a 15 minute, broken English description of how people stand in pigeon poo all day. I was prepared to offer a couple of quid (after all, surely the opportunity is to sell me something real).

He whinged and moaned as we walked away and followed us down the street, tugging on my arm all the way. Didn’t want to take no for an answer. His price kept coming down, and at Â£5 Mel buckled, but he still kept trying to argue it back up. I told him to take it or leave it, so he begrudgingly took it and left. I’d have been happier with zilch given his attitude.