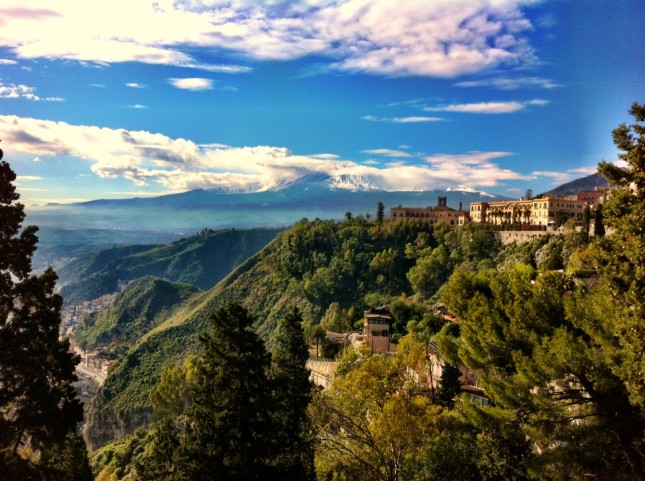 Taormina is, according to the guidebooks, a trendy place to come and be seen. We found a campsite in Giardini-Naxos, a couple of miles along the coast, that is an absolute bargain. €6 per night, including electric and wifi, although the latter isn’t up to much, very flakey and slow, but it does for most things. We are packed in fairly tight, but its still the Italian holidays and we suspect that things will thin out after Sunday, and anyway, its no different from many other campsites, and at least there are other people here, mostly Italians, Dutch, German and an English couple next door, although they have now moved on. 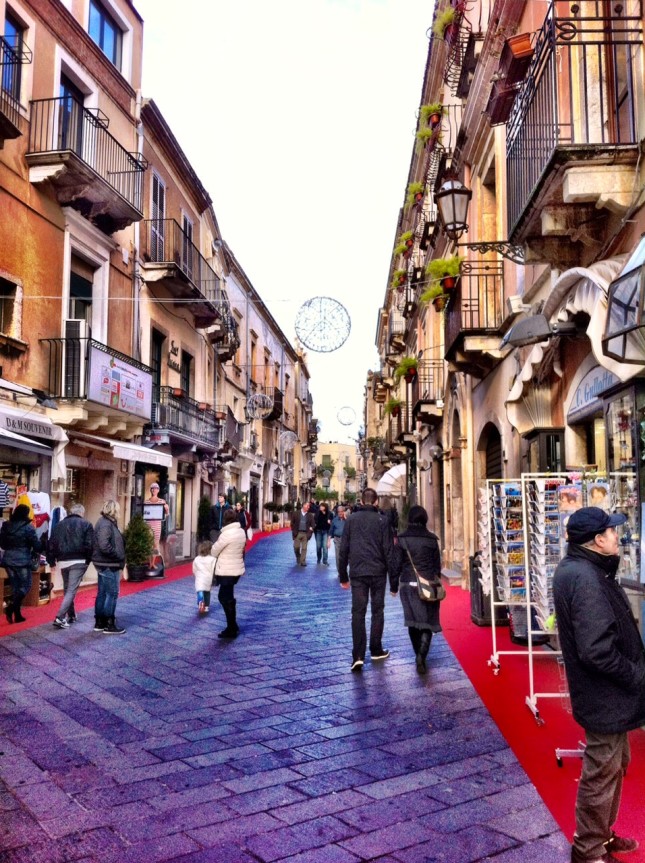 On Friday we walked along the coast and then up the hill to Taormina. Like many Italian towns, its medieval in origin and perched atop a hill, with a castle on yet another hill towering above the town. In fact there appear to be two castles, but have yet to work out what that’s all about. It also has a sizeable Roman Theatre, which is alleged to be the second largest in Italy after Syracuse, and the highest as well, being as its up the hill in the town. We’ve yet to an explore it, we got there at 3:45 just before closing on Friday having spent the balance of the day sitting in the sunshine drinking coffee and eating lunch in a restaurant. They want €8 to go and see it, which we consider bad value given that we paid €11 to see the whole of Pompeii. There seemed to be a deal going on where they would let you in for one euro after 4pm and give you till 5pm, but we decided against it as the sky was a bit grey and so the photos perhaps not so good. As we intend to stay here for a few days, we’ll have another chance. 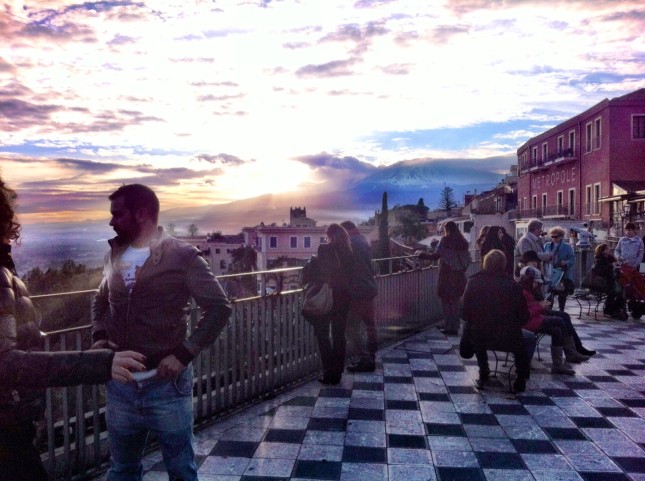 On Saturday with a clear blue sky we decided to take a longer walk back to Taormina, this time climbing up through the hills behind the town and descending to the castle. Quite a bit of effort later, following first a winding mountain road, then track, then track strewn with boulders, we finally reached the castle, only to find that it was close for renovations. Never mind. We made the most of the impressive vista by having coffee on a terrace looking back down towards Giardini-Naxos. We walked back down to the town and wandered around the shops. Busier on a Saturday for obvious reasons, and there were plenty of stylishly dressed people wandering the streets, what some might call posing. Well, if you can’t beat them, join them! 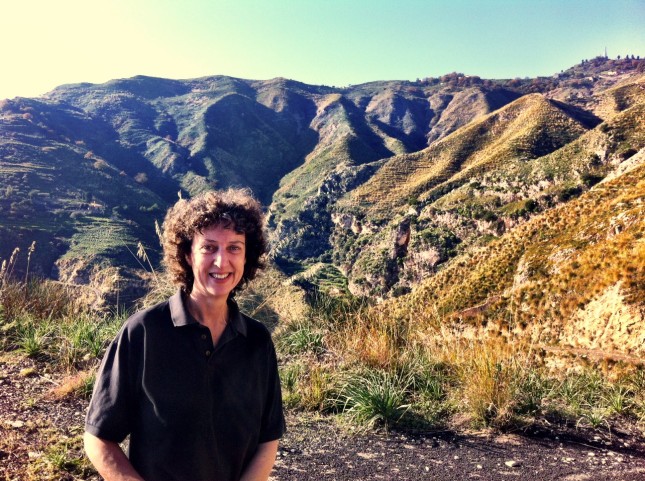 Sunday has about an inch of rain in the forecast, so a chance to catch up on chores, try and sort out some of the niggles that have cropped up on the van and sort out accounts and I suppose get my tax return done!

1 thought on “Italian Style in Taormina”