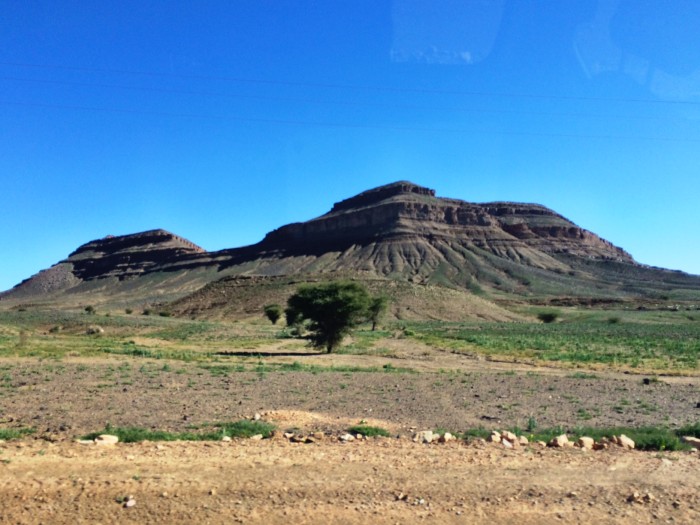 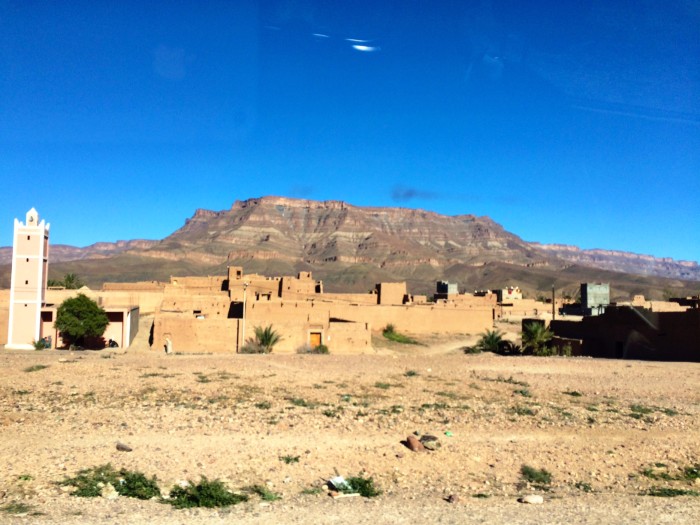 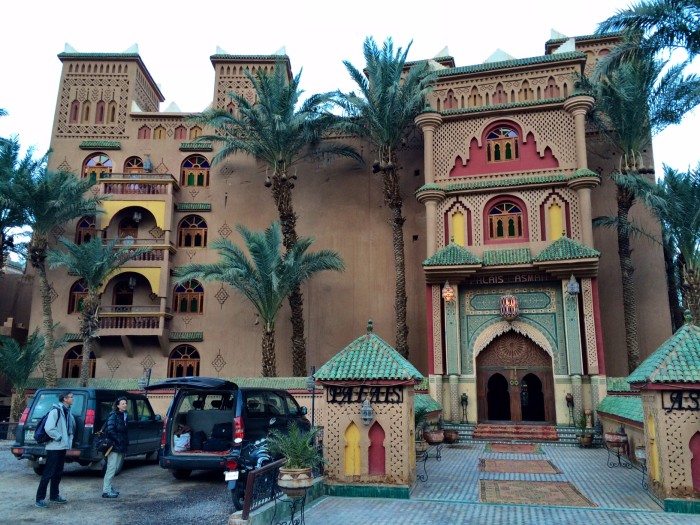 A day of mostly driving with not much to stop for, but some dramatic scenery out of the windows of the minivan. All on quite a large scale which sadly is hard to capture on the camera.

The Draa Valley is well known for its Palm trees, and the valley itself is very broad with vast cliffs along the northern side, softer hills on the southern.

Our only real stop for the day was at a Koranic School which is home to 4000 volumes of scripture, both religious and generally educational (botany, history, astrology and astronomy, for example).

The hotel for the night was definitely in the faded grandeur category (a bit like the film Best Marigold Hotel). Along with Bernard we headed to the bar for a couple of beers which contributed to the mirth once we moved to the restaurant. Outnumbered by staff who had a strange habit of going outside between serving us, and an excessively opulent decor and tables which it was impossible to get your legs under. Very funny, but you probably had to be there.

More driving today, back to Marrakech, and then on to Essouira on the coast to the west of Merrakech. We’ll have covered over 1500kms by the time we see the sea. Not exactly what I had in mind for this trip, but we have a better idea of what the country had to offer.

1 thought on “Marzouga to Zagora”