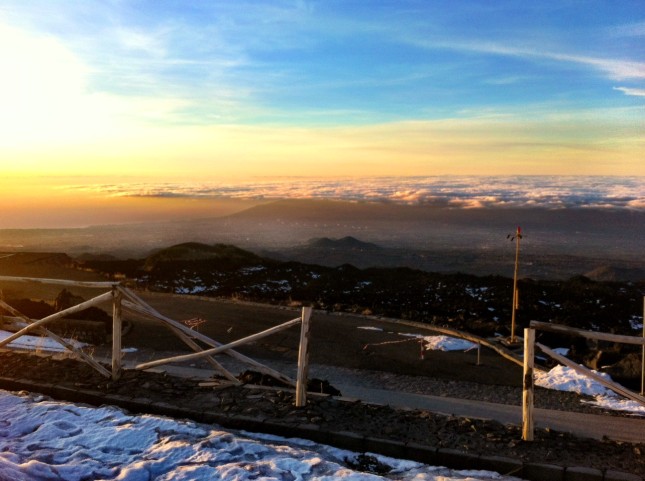 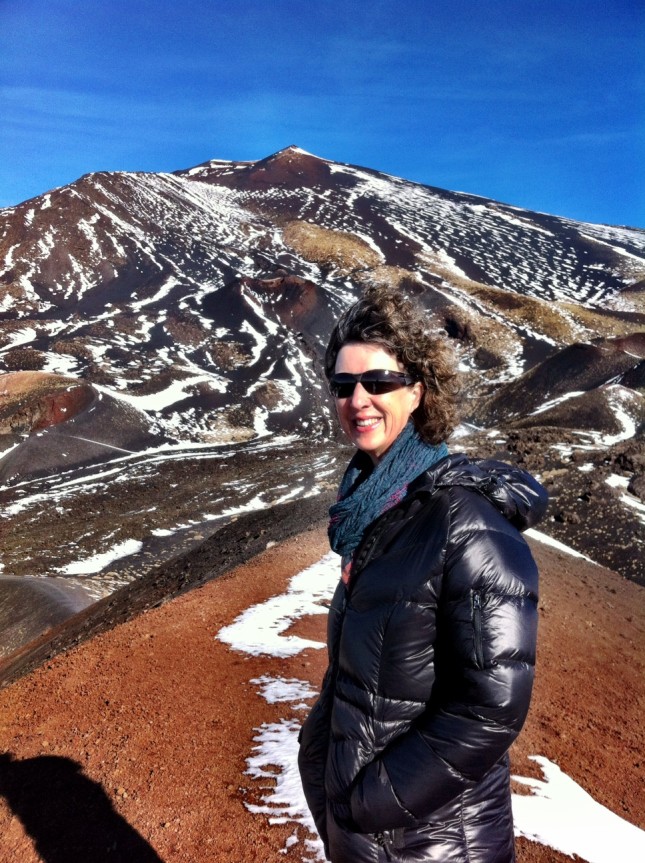 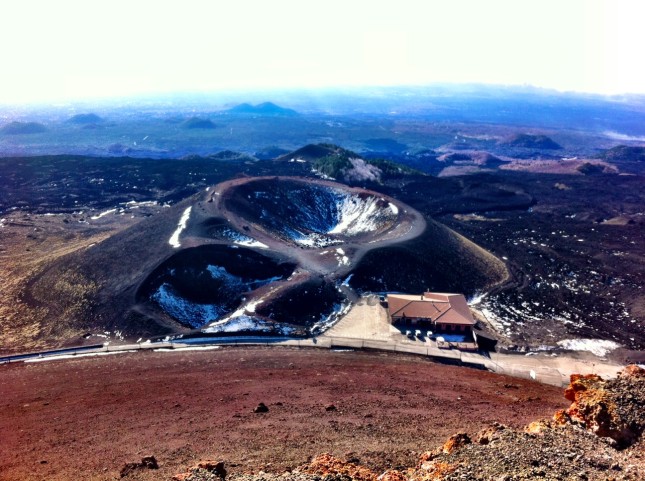 We woke to the sort of view you get on a long haul flight – you draw back the window blind and find yourself staring down on clouds and the vast array of colours produced as the rising sun breaks the horizon. Very beautiful.

It didn’t turn out to be quite as cold as forecast so we were quite happy. Not so happy on investigating the price of a gondola ride up the mountain, at â‚¬30 a head and still not near the craters, with no option to walk any further up, it hardly seemed worth it. A not enough snow to ski, so really pointless. We declined, and contented ourselves with a slightly windswept tour of Mount Silvestri (Inferior and Superior) two sizeable cones produced in the 2001 eruption.

We then went slightly lower down the hill and found some nice walking through a pine forest and amongst somewhat older lava fields. You certainly feel the effects of the thin atmosphere at about 1500m as it all becomes harder work than it should be, but then we are not acclimatised having been at sea level for the last couple of weeks.

We then had arranged to meet Salvo, a friends of our friends Andrew and Isabelle and godfather to their son Greg (yes that’s right, the Sicilian Godfather). He have us a whistlestop tour of a map of Sicily over coffee so we knew what to look out for during the rest of our trip, and then invited to take us for a night out in Catania, which we gladly accepted.

We headed into town and to his favourite typically Sicilian restaurant, but alas there was no space, but then that means it’s good! Shame to miss out, but there was another favourite just around the corner, this one stocking a selection of 10,000 wines from all around the world and especially from Sicily of course. The place was wall to wall wine like a library, an overwhelming choice. We left Salvo to guide us and had a lovely bottle of Nero D’Avalo, along with some top Sicilian nosh.

We wandered around the streets and nightlife of Catania for a while and Salvo did a fab job as tour guide – thanks so much!

2 thoughts on “Mount Etna, and a Mountain of Wine”