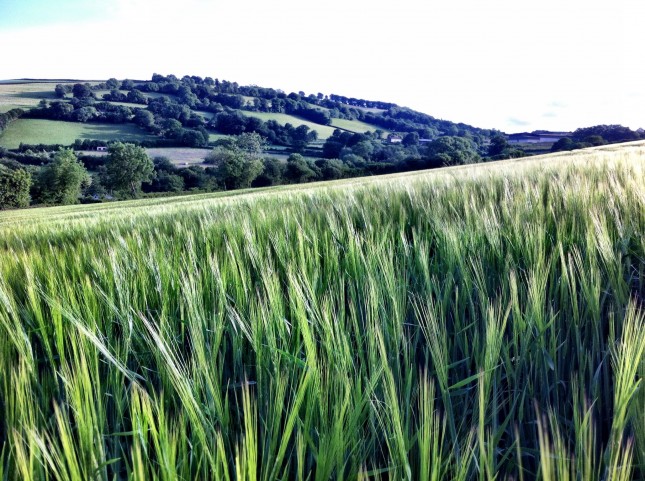 It’s funny how small changes can alter the way you see things that you are already familiar with. Last night we went to the pub in Langley Marsh, a perfectly normal thing, apart from the fact we were starting from a different base. The 3 minute walk was going to be more like 15, and would take us past the house. On the way, we got a gorgeous view across a field of barley, shimmering in the evening breeze and slowly setting sun. A location and vista we are familiar with but able to see in an unfamiliar light.

It’s probably nothing more than my brain playing tricks on me, but I keep finding myself reevaluating things now that ‘home’ is not where it used to be. Perfectly familiar scenes now appear to look different. Driving through Wiveliscombe on Thursday gave me an odd feeling of not being in my ‘home town’, and last night in the pub there seemed to be more unfamiliar faces, like I’d already been away for an extended period and things had changed. It was probably no more than the meal deal pulling in a few new faces, because plenty of the regulars were there too.

Walking home from the pub meant turning right at the house instead of left into the driveway. Im not uncomfortable with that, but it seems strange that I don’t feel more of an attachment than perhaps I should. It’s not quite just another house in the street, but unfamiliar cars on the driveway are starting to mark it out as foreign territory. I think having spent the last year working on the house with a view to being able to travel I’ve got to the point where I’ve already detached myself from it. I perhaps stopped being a home sometime over the last few months, and became a project to complete and move on from.

It’s good to be challenged by things though, I’m feeling the adventure starting to unfold ahead of me.