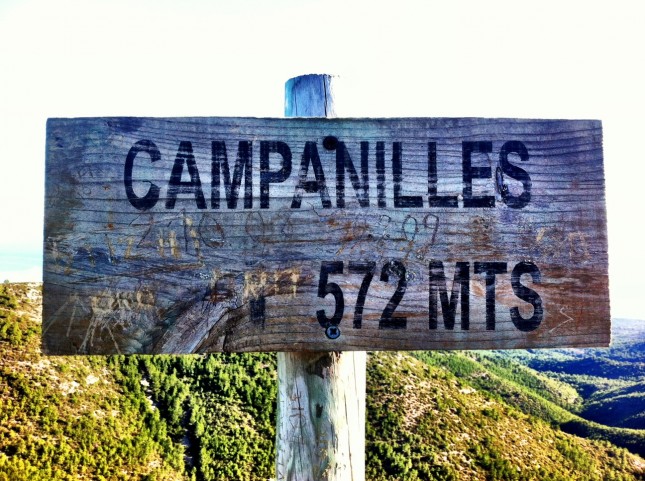 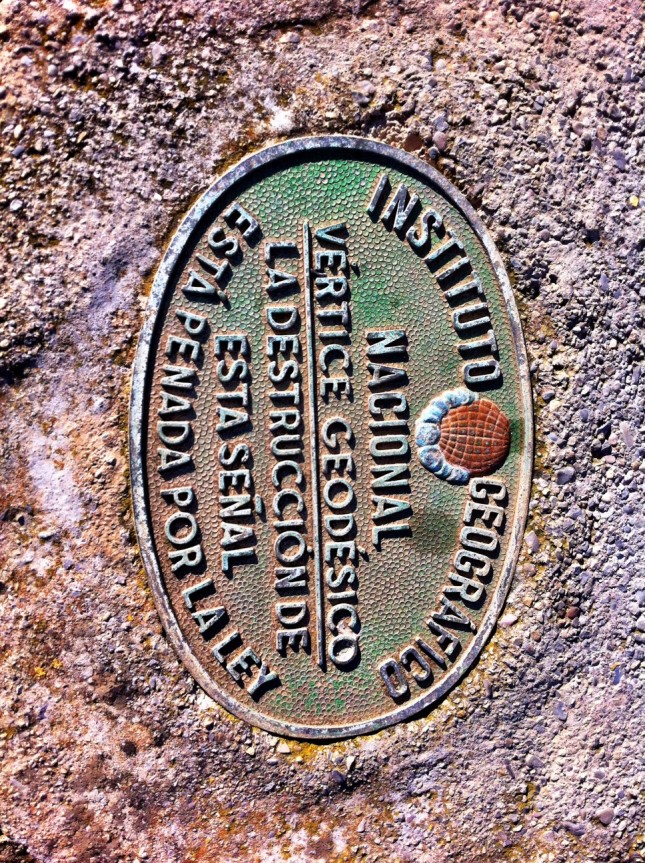 After a quiet night in, disturbed only by the Germans and a phone call by a certain someone (who shall remain nameless) who couldn’t remember there was a time difference between the UK and Spain (but bless you for thinking of us!), today was a chance for both of us to g experience the same hill I did yesterday by bike. Except there were more hills on this walk, up tracks that only foolish people (like me) might have considered taking a bicycle. Even the goats might have balked in places as it almost turned into more of a climb than a walk.

But it was a particularly good day weatherwise, approaching 20 degrees, clear blue skies, and this time a chance to see Majorca and a suggestion of Minorca on the horizon once we reached the top. Campanilles was the name of the peak, the highest in the Sierra d’Irta at 572 metres. I haven’t worked out how far we walked, but it certainly felt like 10 and possible 15 miles over stoney and rock ground. Both of us were cream-crackered by the time we got back to base.

But an excellent way to start the year. The only other time I’ve been out of the UK for new year was Sydney, Australia in 2003, and then the famous fireworks were cancelled due to high winds (at least the 9pm showing, we did get the midnight performance but got blown about from our rooftop vantage point. Today I had to pinch myself on numerous occasions to remind myself that this was January the 1st!

Long may it last!