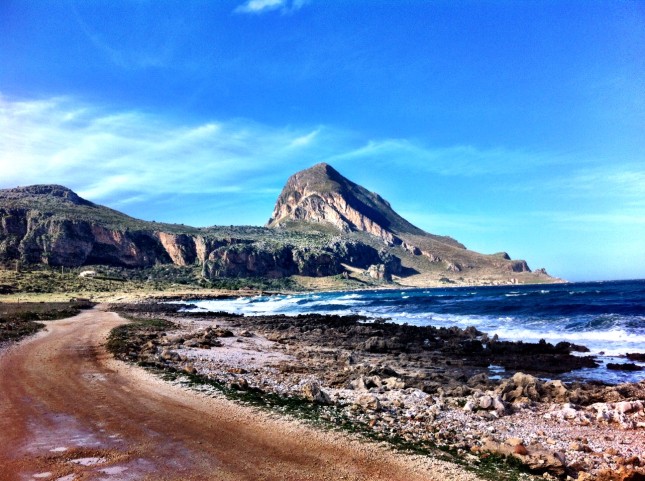 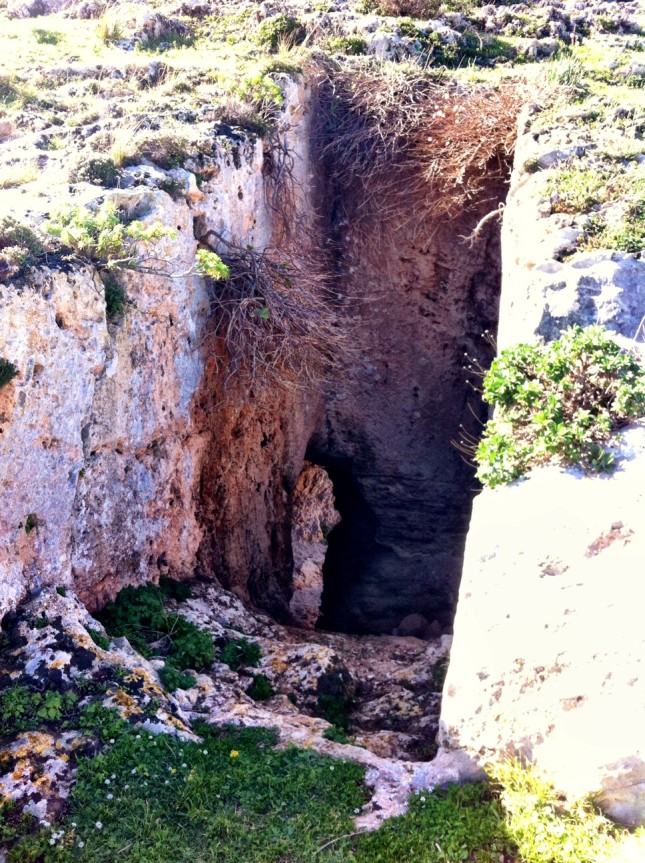 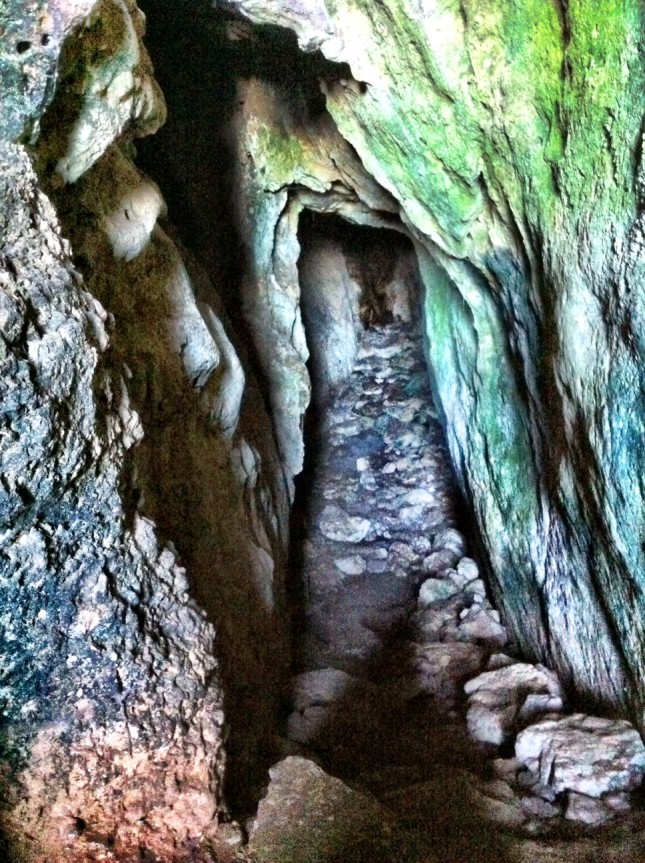 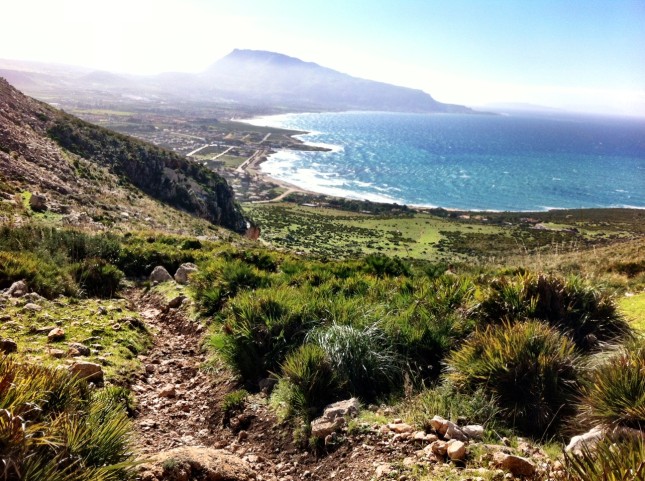 Out for a walk today, through something like the land that time forgot. I was waiting for the Velociraptors to be chased over the hill by a T-Rex, but it didn’t happen. Last nights winds were curios, it was alternating between calm period, and then this almighty rush of wind that literally shook the van from side to side. I could have sworn we were in a boat at times, and was convicted at some point the roof lights would be stripped off.

But by day break all was calm again, the sky was blue and the sun rose strongly over the hill. We headed for the pointy hill at the end of the bay, Monte Cofano. There were no marked paths to the summit on my maps, we found a info board that indicated a route but with the curious symbol of a knotted rope and the word ‘verticale’ which was enough to put us off.

We did aim for a circumnavigation though. About quarter of the way around another info board tempted us into a 1km detour, but didn’t point out it was up. The destination was a 2800 year old water trough, carved out of the rock, and probably a good 30 feet by 8. Alas, it lost is impact by being full of undergrowth. What was impressive was the doorway and staircase throigh the rock to get to it, bringing you out onto a wonderful plateau above the bay. Perfect spot for a snack and just soak up the view.

Half way around and the edge of a small village and another chance to sit, this time by the crashing waves rolling in, the remnant of last night storm. Apparently I saw on the news the authorities picked up over 1000 African immigrants out in the middle of the sea, 100 miles or so off Sicily, floating about in inflatables. Rather them than me, it was rough enough on dry land!

Three quarters of the way around the edge of a marble mine, great chunks cleanly cut out of the hill, we were stumped how they made such a neat job. We presumed little of it was actually any good, as it all just seemed strewn about.

Near the end of the walk, we descended to a cliff edge, not sure if we’d taken the right route, then found a cattle path that zigzagged down through a cleft in the cliff face until we were back down by the coast. It was all we could do to get back to the van and then sit by the sea, wave watching, andm itching to recover our strength. I think the combination of sunshine and stuff breeze had knocked it out of us.

2 thoughts on “Not Kansas, but Jurassic Park Maybe?”