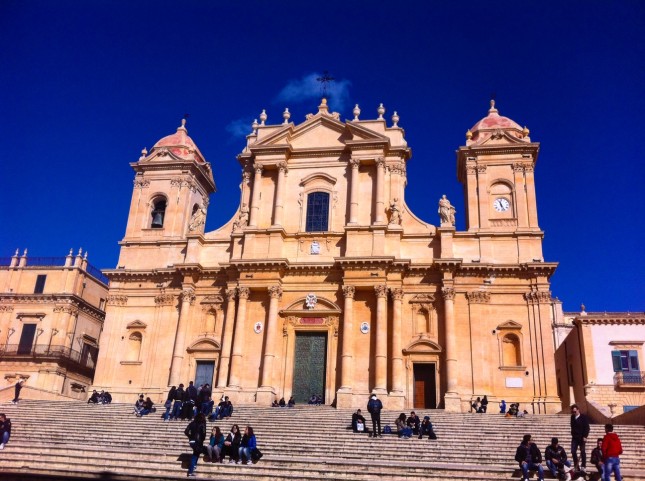 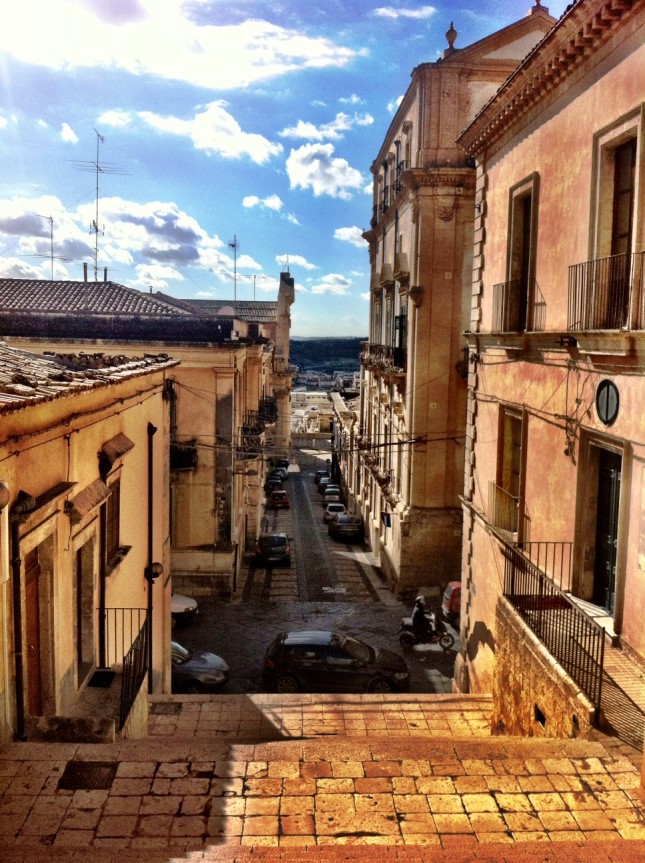 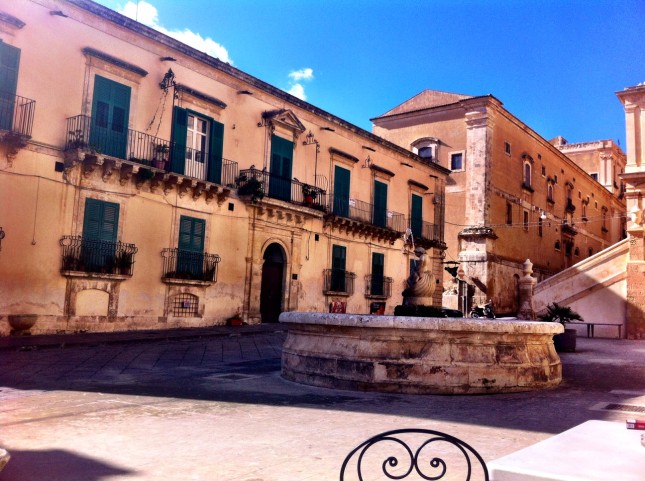 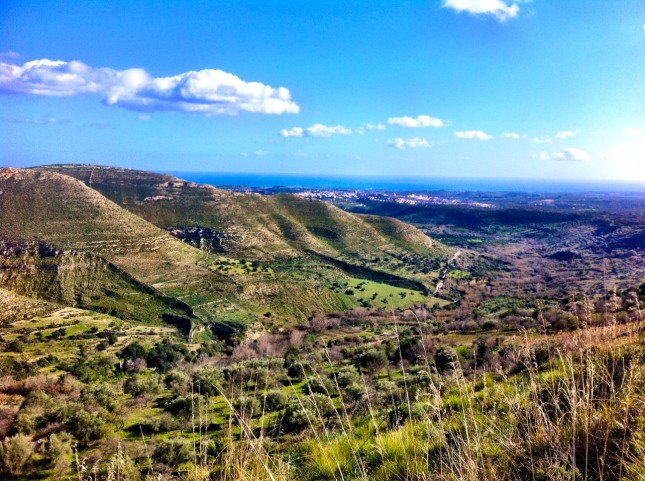 The town of Noto is renowned for its Baroque architecture, although not alone on this western side of Sicily. The earthquake of 1693 devastated most of the habitable parts of western Sicily, and whilst people were obviously happy to rebuild, they did so in the style of the day. As a result, Catania and the much smaller Noto are peppered with ornate buildings of all sizes, and laid out on far more of a grid pattern than other earlier cities and towns.

To get to Noto we opted for the bicycles and covered the few miles to get there quite happily despite the slight gradient up from the coast line. We rewarded ourselves in a lovely sunny square with some very powerful coffee and treacle covered almonds, then headed out of town for the hills behind. I’m glad of the fuel stop, but I thought my heart was going to burst out of my chest and slap me across the face like a wet kipper after we tried to scale the 1:4 hill out of town. We both had to get off and walk to try and recover our composure, and steal ourselves for the next 5 miles of slow and steady grind up the side of a valley. Nice views back towards Noto and out to the coast, but not helped by the headwind. Eventually we managed to get to the top for a quick bite of packed lunch in a stiff wind, before heading off back down the other side of the hill and towards the coast.

This stretch of the ride made the struggle up worthwhile, probably 8 miles of sweeping switchbacks on remarkably well maintained roads (totally unlike the rest of Italy) there was no need to turn the peddles once. As the ground levelled back out we had perfect flat terrain back for another 5 miles or so back to the campsite, alongside rivers and through fields peppered with Orange, Lemon and Olive groves, not to mention courgettes grown under plastic that looked like you might get around August in the UK. Toddling along on the bike it reminded me a lot of parts of the Eurovelo 6 route across France from a couple of years ago, although the French were more monoculturist and the crops were might closer to the ground than the oranges and lemons. It reminded me why I like cycling though, so I lament the fact I just don’t do enough of it lately. About 30 miles in all, so not shabby at all really.

We just spent time in the company of Janos and Kataszi, it was their two eldest children’s 10th birthday (twins) – though Janos claims to have 6 in all – so we supplied the wine and they supplied the cake. Very good. Tomorrow I think we need to move again before the roots take hold again, or we’ll never get around the coast of Sicily before Mel returns in mid-Feb. We are slightly trying to second guess the weather though, the forecast never looks good, although it often turns out to be fine, I think they just struggle to forecast what the coastline is likely to get, and the interior doesn’t look so inviting, so we’ll just keep moving and see what we get.