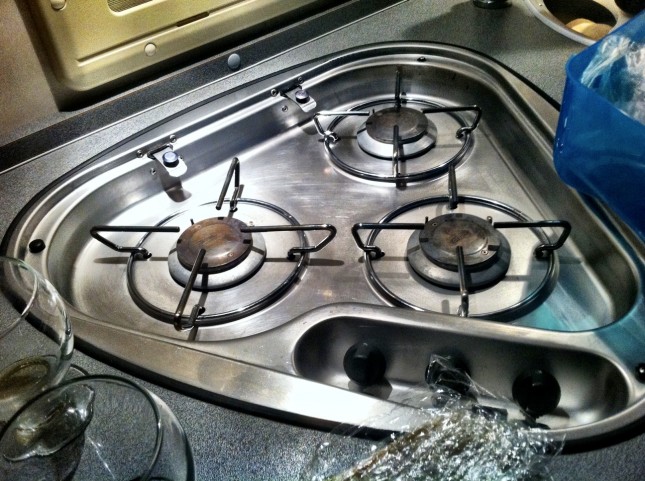 Can you see what is wrong with the picture? Something missing perhaps? Yep, the glass lid for the Hob is absent without leave.

Mel had just made a nice cup of coffee, whilst I had been readying myself for today’s cycling expedition. She’d put the lid down after switching off and allowing time for the hob to cool, then sat down and a minute or so later is went bang into a thousand pieces. Fortuneately all contained within the hob itself, and not all over the interior of the van.

On closer inspection, it appeared that the hob that had been in use was not completely off, possibly leaving a small flame that heated the glass unevenly causing it to shatter. Still it could have been worse! Shall now need to see if we can track down a replacement, or possibly fashion something that at least covers the hole, as it’s a useful bit of prep area.

Add to that the fact that part of the grill door magnet decided it was no longer up to the job, and I can see some DIY coming up in the not too distant future!

Oh the pleasures of motorhoming!