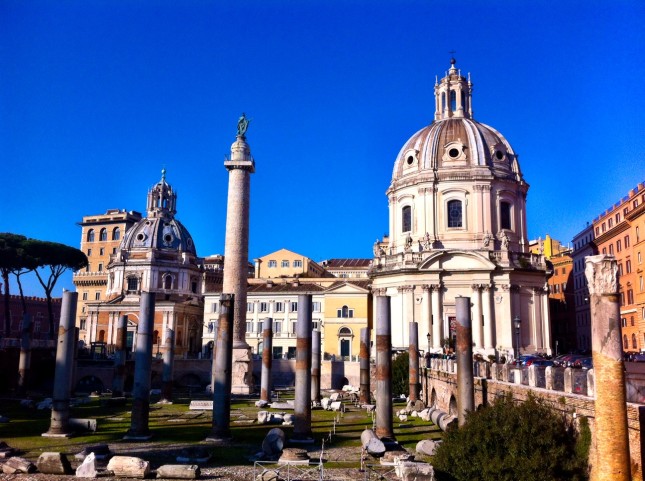 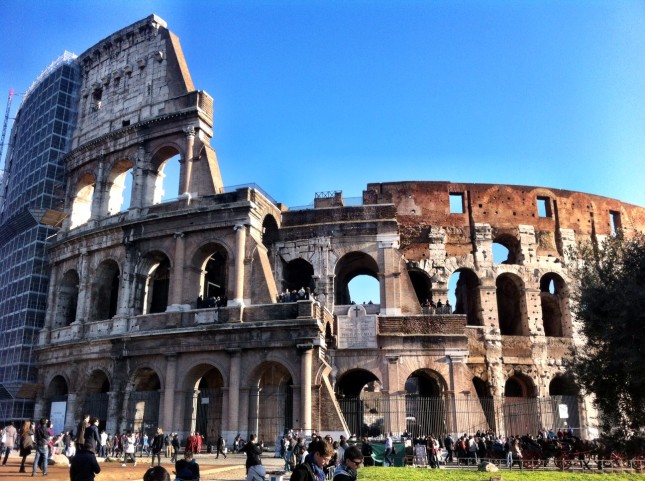 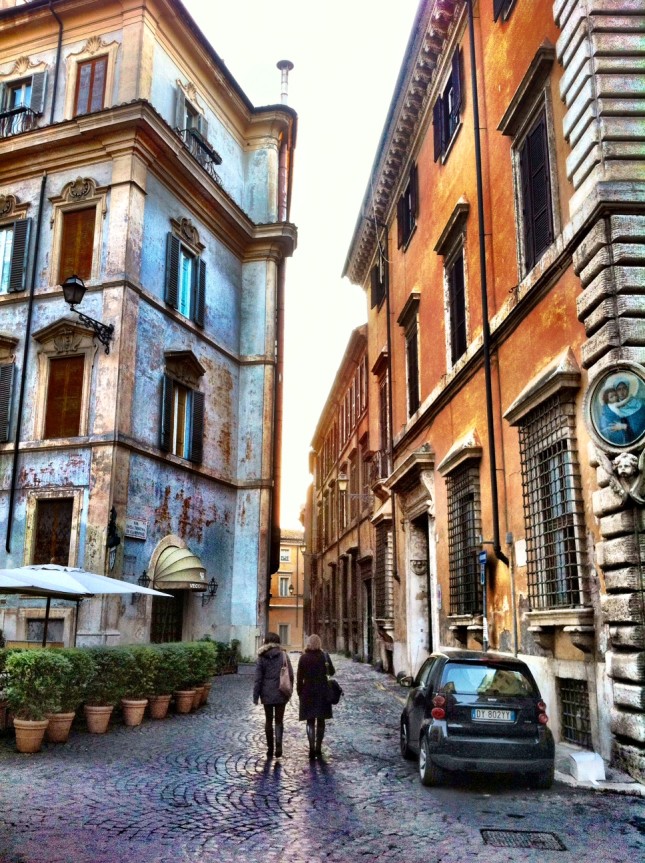 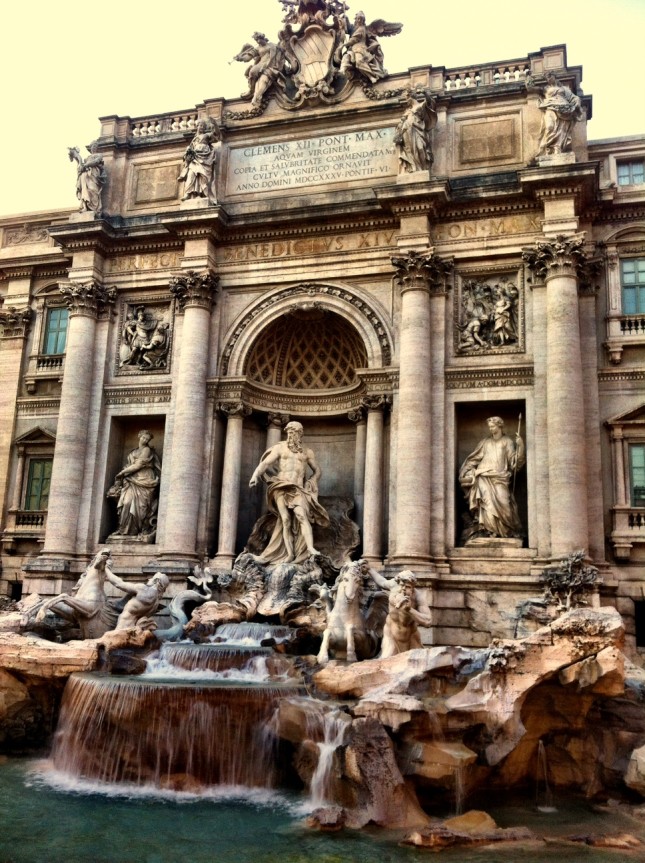 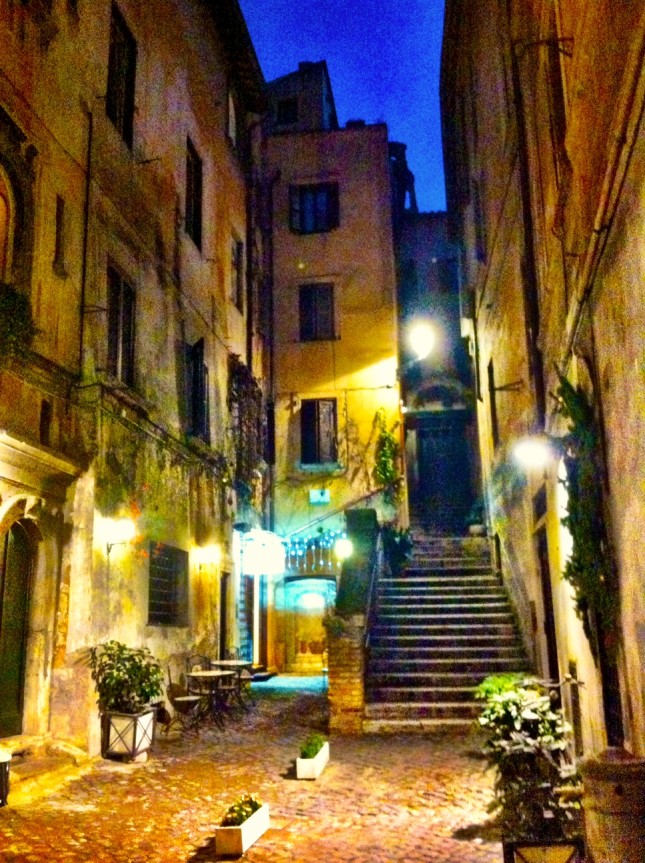 Saturday, and we returned for another invasion of Rome. We took a different tack, starting again from St. Peter’s station, but this time heading into Trastevere. From the hill you get a nice panoramic view across the city, although it didn’t photograph well. We dropped down the hill and crossed into the historic centre, rounded the Campidoglo and wandered amongst the ruins of the many Forums as we made our way to the Colosseum. All very lovely and enhanced by a blue sky day.

The Colosseum is much as you would expect, I.e a tourist trap. We did a lap of the outside, vending off the various purveyors of ‘shit that tourists buy’ and decided that we plenty enough of that. Back to Trastavere for lunch (some of the nicer, less touristy places in this area), and then headed back across town to the Trevi Fountain, which was ridiculously packed as dusk set in. But then it’s right next to the main commercial area, so somewhat inevitable. There’s a road that leads directly back towards St. Peter’s Square, which is, as you can expect, liked with shops selling ‘shit that tourists buy’.

We’ve enjoyed the visits, I caught myself being surprised I was even here, as it wasn’t really part of the original agenda, but then that’s part of the fun of being taken where the wind blows you.

We’ve now headed south from Rome, hoping to get to Pompeii on Monday. We stopped by a particularly nice beach for a late lunch before lucking out on a proper parking spot, so we are in a harbour side carpark in the town of Gaeta which should be fine but there is a somewhat noisy road nearby.

3 thoughts on “Roaming Around Rome”