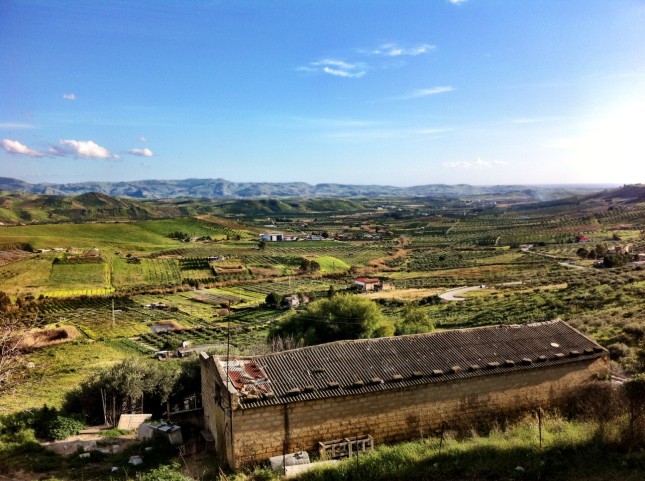 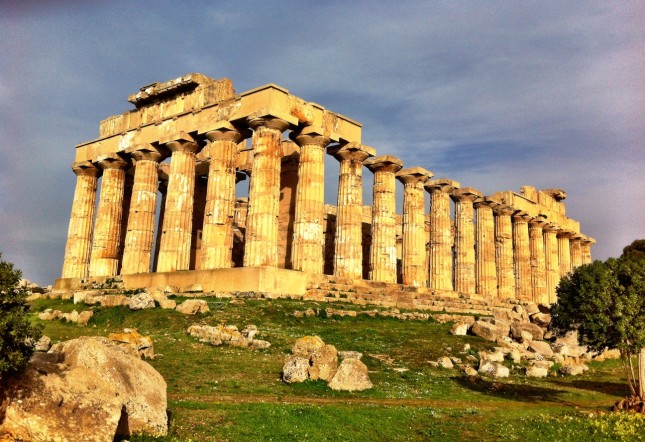 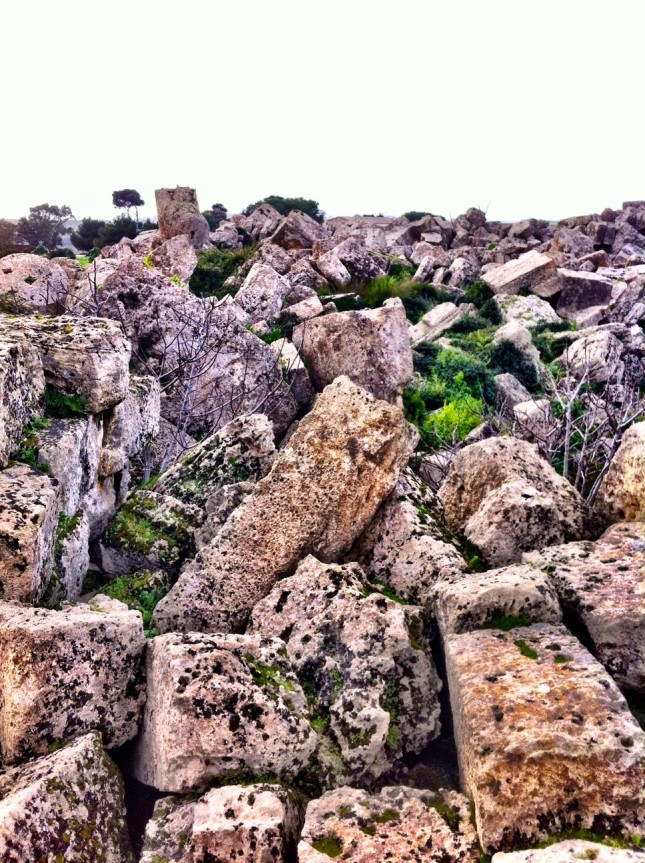 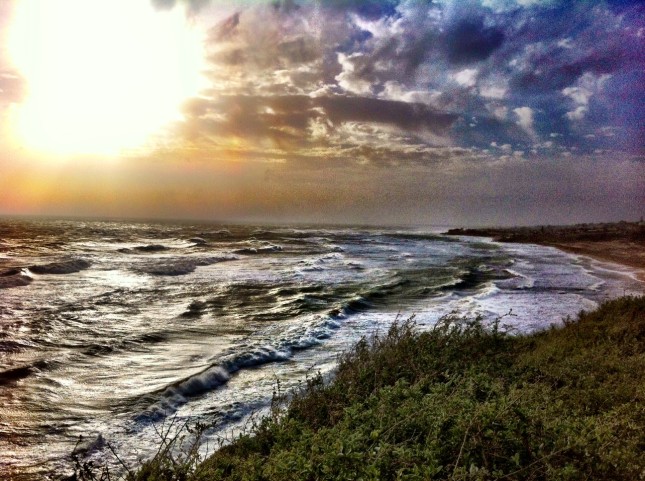 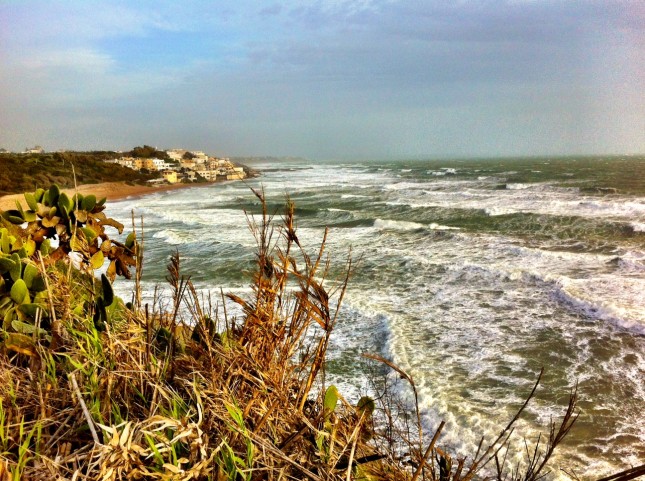 Yet again lingering in one spot longer than intended. What should have been an overnight stop turned into a 3 day event, but there you go! It meant we got to fit in some exercise between the slightly less than perfect weather. Odd showers here and there, hail at one point, and the next few days looks like it will be damper than drier.

One found a campsite at Seccagrande, a small beach front village on the south coast, with some nice looking hills just inland, although a bit too far to explore either by foot or by bike. We attempted to walk east from the village along the coast to a nature reserve, but were thwarted by a fast flowing river ford, which looked more like a bridge on the satellite images. But we turned around and managed to walk 5 miles in the other direction along a pebble beach whilst the slightly blustery weather whipped up the waves. We found an abandoned beach front cafe with a wooden terrace that was slowly sinking into the sea, but someone had thoughtfully left some dining chairs stacked up, so we popped a couple out in the middle of the terrace (which seemed to double as a dance floor) and watched the sea roll in as we ate our packed lunch.

The following day we put off leaving until after lunch, then got the bikes out and cycled up hill into the nearby town of Ribera. Some lovely views back towards the coast and out across farmland. We wound our way through the town’s streets in search of a centre but failed to find it, apart from a lacklustre square in front of a church, but that couldn’t have been it, surely? We did manage to find a Lidl though, which came in handy as we left in the van this morning. Mel went in to do the shopping, and got caught out by them not taking credit cards, would you believe. They had to reverse out half the shopping so that she could get what she could with the remains of the cash (she’d already had mine to pay the campsite who also couldn’t take a card).

We then headed for Selinunte which has a couple of Doric temples perched on the cliffs, plus extensive town remains but which are only partly excavated. A large wind-swept site to walk around, but it was fun watching the waves crashing along the shoreline. Heading further along the coast we tried to find a parking spot at a place called Tre Fontane, but the wind was very strong and blowing the sand off the beach into sand dunes along the street, some of which made the road impassable. We had to wind in an out of tiny lanes back from the main beach road to try and find a way back out. We eventually found a spot, a parking area just off the road and right on the edge of the sea with the waves crashing over the rocks about 30 metres away. The wind seems to be dropping as the evening progresses, so we should be fine here for the night.