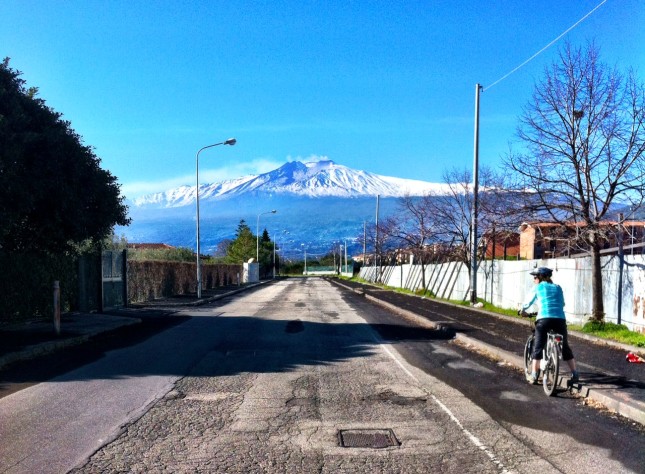 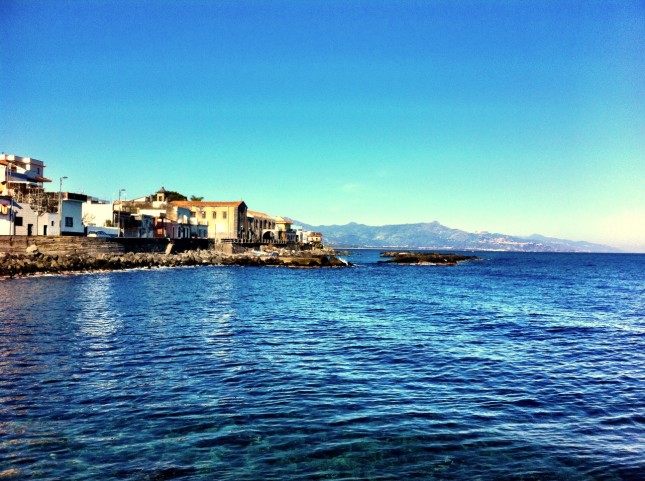 I think we may have taken root. After 5-6 weeks of more or less constant motion, inertia might well have set in, but that’s ok. The site we are on is dirty cheap and has most things we need, and we’ve been able to get some much needed washing done and explore the surroundings a bit. We actually got on the bikes yesterday and went about 10 miles down the coast and back in lovely sunshine. Etna was clear of cloud and looking lovely, but with that slightly ominous look due to the wiff of smoke coming out the top.

The forecast for the next few days remains good so we’ll probably stay here as a base for a bit longer. We can take the train to Catania or Messina quite easily, and there is more cycling and walking nearby to entertain us.

For some reason our van’s electronic control unit is playing up. It’s suggesting the battery is flat, though I don’t think it is. It’s done this to us once before on the old battery and seemed to resolve itself after a couple of days. The only way to tell is to run off mains which we tried for a few hours last night without problem, so who knows!

It sounds like the weather back in the UK continues to be dreadful, and we got a call from the letting agent yesterday to say there had been some water down the chimney, which has happened to us before in very wet weather. They’ll sort it out for us, so hopefully that will be resolved without too much inconvenience to the tenant.

It’s got to that time where Mel has to start thinking about the return home and has now booked her flight from Sicily in mid feb. So that pretty much determines that well be here till then. I’m still planning on staying put while she is back for a couple of weeks for an exhibition, although my job will probably be to relocate the van somewhere nearer to some snow. If the weather is fine I could stay in Sicily then get a ferry, or do a mixture of driving and ferry to get further north. Intention is to spend March in the French/Italian alps.