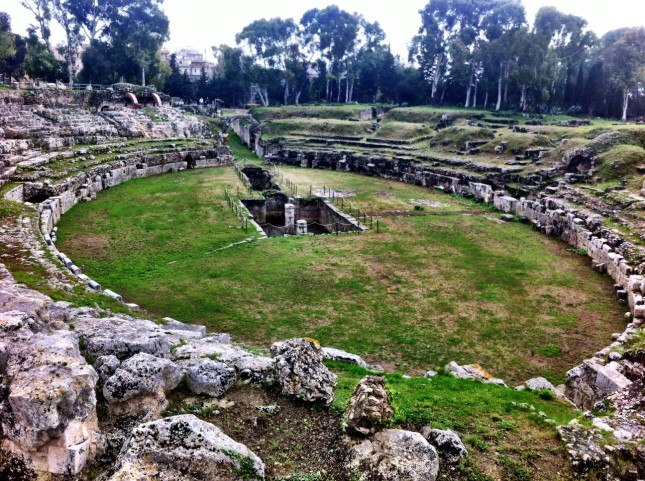 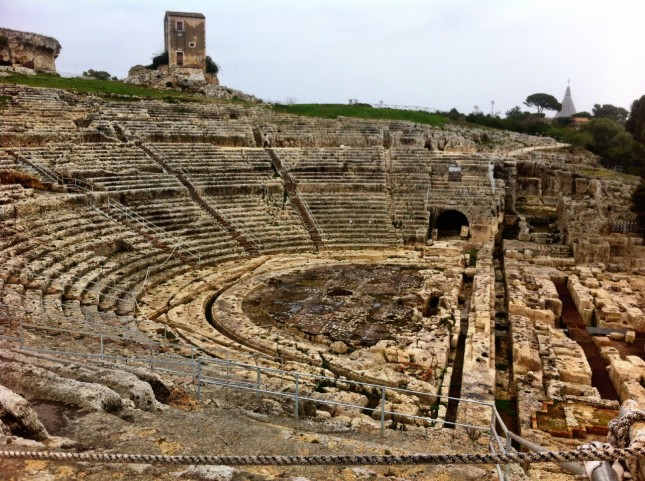 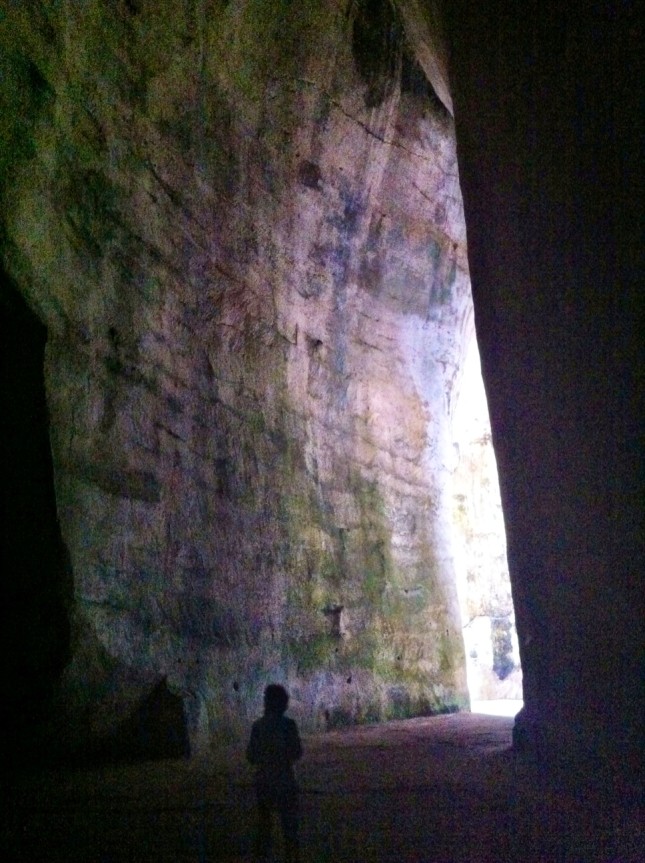 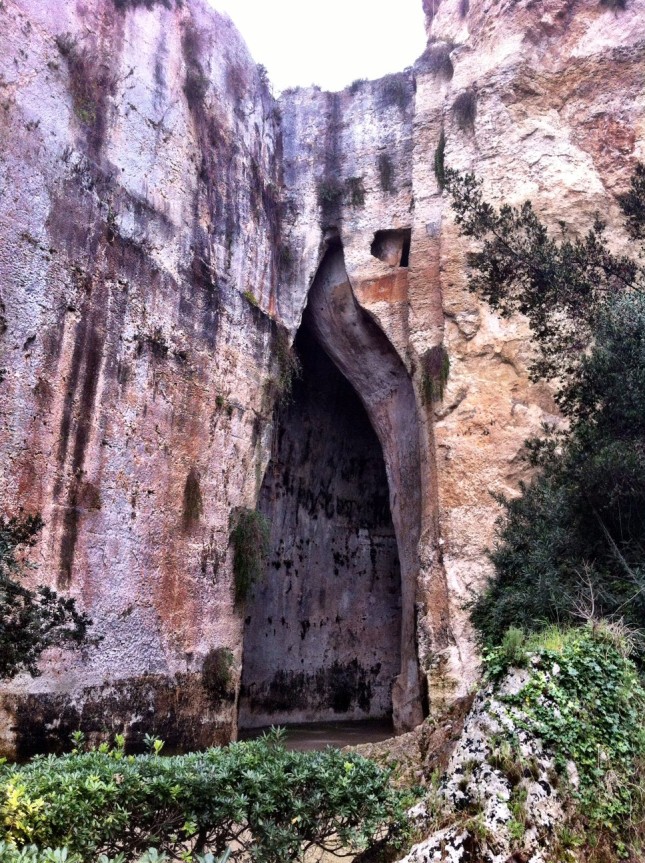 You know its always somewhat fatal to say that you are going to update your blog more often, because it inevitably means that you’ll do exactly the opposite to that. Good intentions and all that, scuppered but apathy. Never mind. I’ll create the illusion that there have been more posts by doing what London buses do, and have three come along at the same time.

Sunday saw us in Syracuse. Saturday night actually saw us just outside the town, as the overnight parking spot turned out to be only a parking area, but the nice man on the gates allowed us to dump waste and collected fresh water (although it tasted foul) which meant we were happy to wild camp. We went just outside the town to a nature reserve, although we think it was struggling to claim its title as it was surrounded by petrochemical plants. But as it was not long till dark, you couldn’t see that, especially if you kept facing the sea. 20 yards from the breaking waves, you could have been anywhere your imagination cared for.

Syracuse, and the roman ruins for which its famous, was actually rather a let down. Perhaps we’ve just seen too many ruins now, we are getting a bit picky. The site was badly signposted, we struggled to figure out where to park and probably did so illegally, but given it was a quiet, winter Sunday, that probably didn’t really matter all that much. After finally figuring out where to buy a ticket, we wandered around the ruins, which are not a great deal more that some stones sticking out the ground in many places. The Amfitheatro (amphitheatre) was reasonably impressive but you were restricted to walking around the top. Hewn from the bed rock, it wasn’t actually very big either by some standards. The main theatre was more impressive, again hewn from the rocks but on a much larger scale (I think its meant to be the biggest in the Roman world) but again you couldn’t wander at will, restricted to the top tier. There was absolutely no information provided, so putting any of this into context was pretty much impossible.

There is a part of the site which is more of a public gardens than ruins, but its made in the bowl of what could have been a huge quarry, but appears to be a natural creation, carded out by the passage of water millennia ago. From the photo’s you might get a sense of the scale of once cavern, which could have come straight out of an Indiana Jones movie. Pitch black and walled up at the far end, home only to a few pigeons whose presence was only felt by the eerie cooing. The meagre light from the iPhone all we had to try and make any sense of it, which to be honest wasn’t much. Most of this area was blocked off, so we had no idea what we were looking at. Not helped by the fact we only had 45 minutes before the early lunch time closing of the whole site, we felt slightly robbed of our €10 per head. Pompeii was much better value, as I think I’ve mentioned before.

We spent the rest of the afternoon in a combination of supermarket and a couple of beach side stops for lunch and coffee, which was much more agreeable than the ruins. Sometimes simple pleasures are all you need.