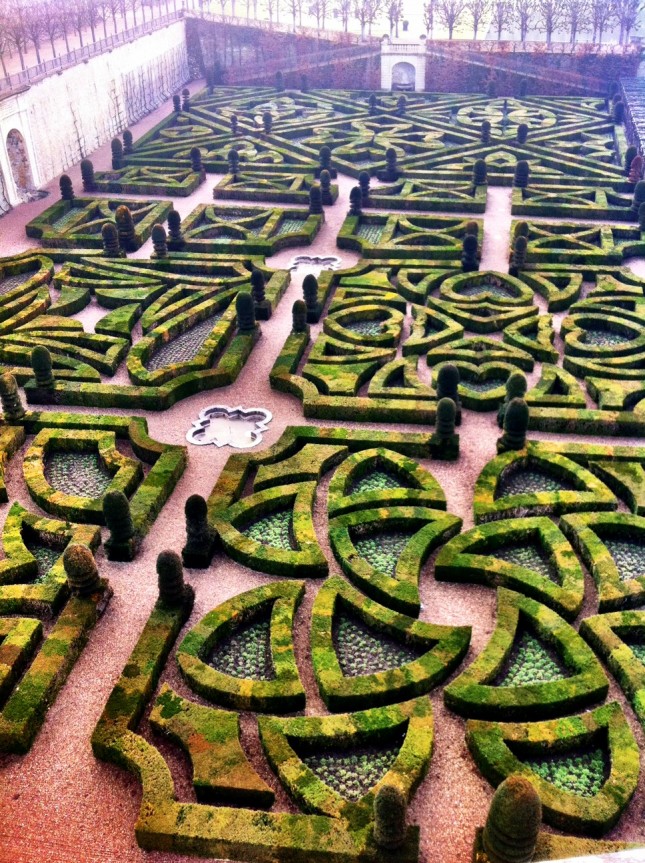 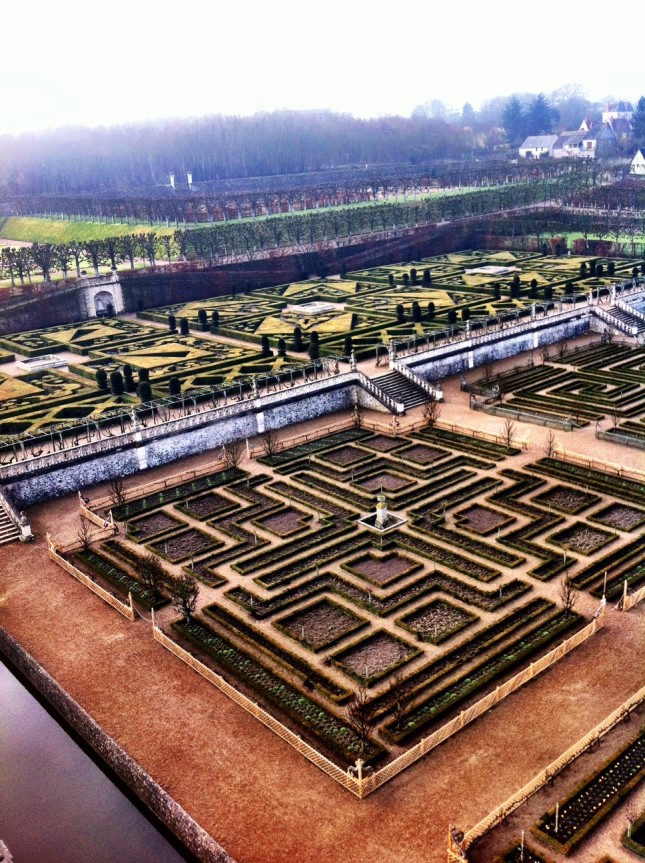 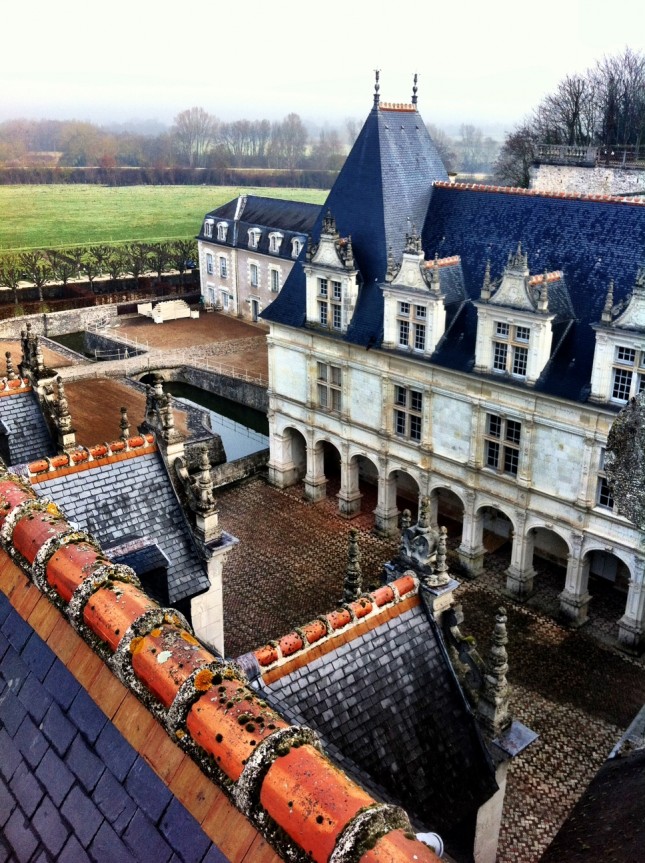 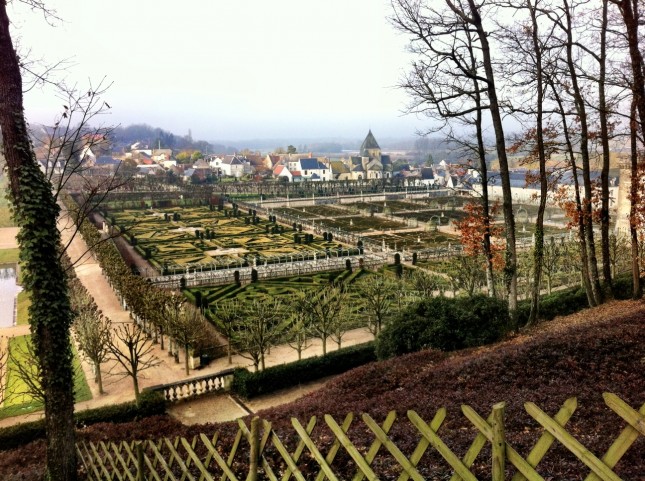 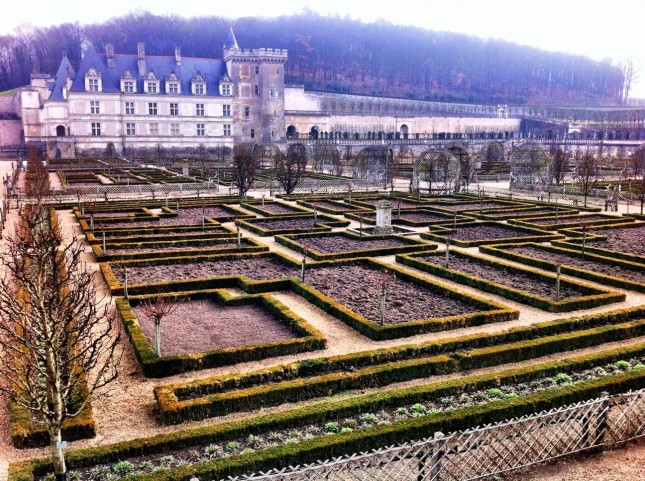 A perfectly restful nights sleep and waking to a cold and misty morning. The run of perfect weather since November now looks to have come to an end, and signals the fact I can’t be too far from home.

A cold and misty morning in early March is not necessarily the best time to go visiting ChÃ¢teau and gardens, but it does have a distinct advantage – you see it in its rawest state, stripped of light, plants, and most importantly, people. I was first one there – they had to unlock the door to let me in, and so I was able to wander the rooms of the ChÃ¢teau completely unmolested by fellow gaupers, and survey the gardens in silence and without visual obstructions. I felt I could play lord and master for a while, and it was fab!

Villandry was completed in 1536 and was the last of the great Renaissance chÃ¢teaux to be build on the banks of the Loire. The original 12th century fortress was demolished save for the foundations and keep, which are incorporated into the present building. It was here in 1189 the Henri II Plantagenet, King of England admitted defeat to Philippe August, King of France.

The chÃ¢teau was last purchased in 1906 by Joachim Carvallo, a Spaniard who along with his American wife Ann Coleman, set about the restoration of the house and gardens, and helped to pioneer the opening of historic monuments to the public. The chÃ¢teau is still owned by his great-grandson, Henri Carvallo.

As I said before, not the best of light in which to see the place – the interior of the chÃ¢teau was cold and austere, the decoration relatively plain in taste and furnishing. Being alone in the house was not the most pleasant of feelings, I think you soon loose your marbles rattling around a place should you ever find yourself lord of the manor. That said, it’s not actually a huge house, or at least the part that is open to the public.

The gardens were almost entirely stripped bare of interest, leaving only the structural elements, such as the 1200 lime trees and 54km of box hedges. But it was still fascinating to see the layout, the neatness and order of all the elements, the freshly dug beds of the kitchen garden in waiting for the first planting of the season.

Whilst cycling the Loire last year we stopped outside the gates for a look, and decided against going inside due to the throngs of people. Whilst I’d love to see the gardens in full flush, I’m so glad I had the opportunity to view the place alone – a rare privilege.